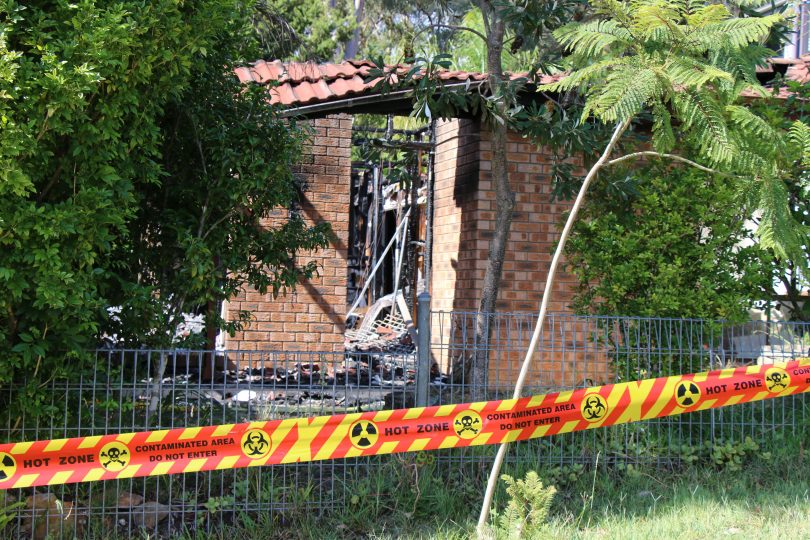 A crime scene has been established at the home on Dell Parade. Photos: Karyn Starmer.

A man, believed to be aged in his 80s, has died in a house fire at Moruya Heads on the South Coast of New South Wales.

The body is yet to be formally identified, however, police believe the man was the occupant of the home on Dell Parade, which was engulfed in flames in the early hours of Sunday (6 December) morning.

Emergency services were called to the home following reports of an explosion and fire at around 3:15 am.

Firefighters were soon forced out of the house as the roof collapsed under the heat, Moruya Fire and Rescue Captain Mark Gould said. 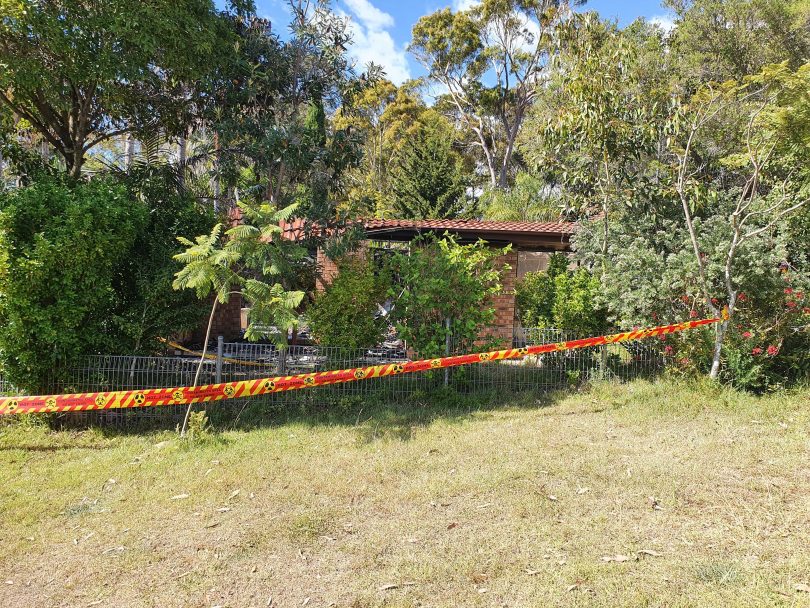 Neighbours reported the fire and an explosion at around 3:15 am.

The man’s body was located once the firefighters extinguished the fire, which took about 30 minutes.

On Monday morning, Captain Gould said the cause of the fire was still under investigation, however, the explosion was likely caused by the glass in a window exploding from the heat.

He said the house was fully engulfed in fire by the time the brigade arrived and had only taken 10 to 20 minutes to sweep through.

Captain Gould advised anyone with elderly neighbours to pay them a visit this Christmas to check if their smoke alarm is working.

He said he wasn’t sure if the elderly man’s smoke alarm was working and that it would have been destroyed by the fire by the time the brigade arrived. However, the alarm could have saved the man’s life, especially as neighbours didn’t wake to the fire until they heard the explosion.