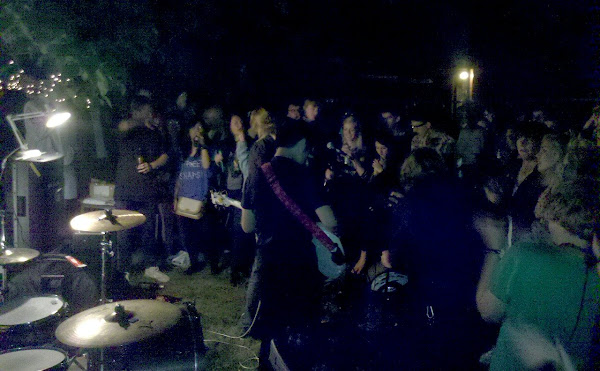 When Robert sends me an invite to something it’s usually a smart move to pay attention.

When the something is a house gig in the Inner North being headlined by a band from China who’ve played supports for Sonic Youth how could I resist?

For the record the band is CarSick Cars and they even have a Wikipedia page, which is more than can be said for me.

The organisers had cunningly put the main act on in the middle of the lineup just to make sure the band could play before the police arrived.

And with the loud music crashing through O’Connor’s leafy streets and hundreds of hipsters crammed into the backyard this was wise thinking. 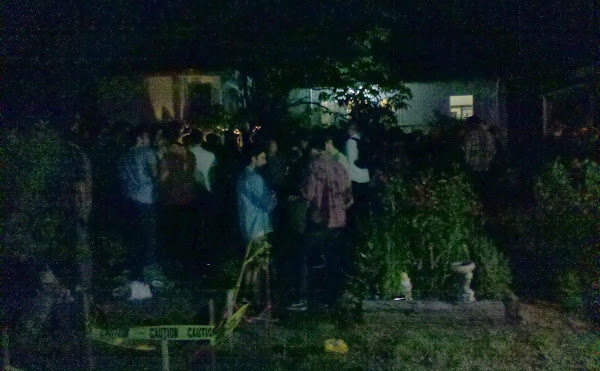 The lyrics were incomprehensible, the sound was fuzzy, the music was the distortion laden affair you’d expect from a Sonic Youth support (although two loads of distortion heavy ambient indie rock would be a bit much for most), but nothing mattered, because the crowd was loving it.

There was crowd surfing going on for god’s sake. At a house gig! 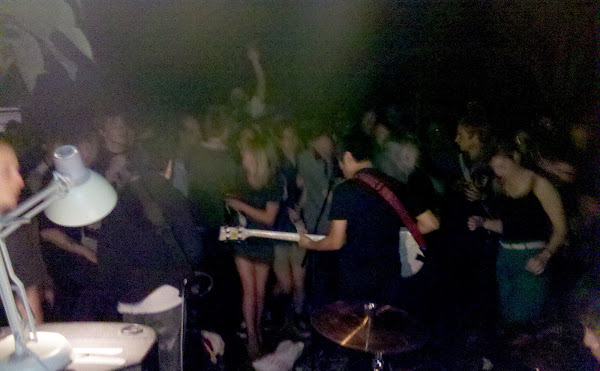 The crowd danced, drunks knocked over the indoor lamps serving as stage lighting, large numbers of men peed on the shed despite beer being in short supply.

For a $5 cover charge it was ludicrously good value.

I mean who wouldn’t pay $5 just to see people climbing on a hills hoist to try and get a view of the band? 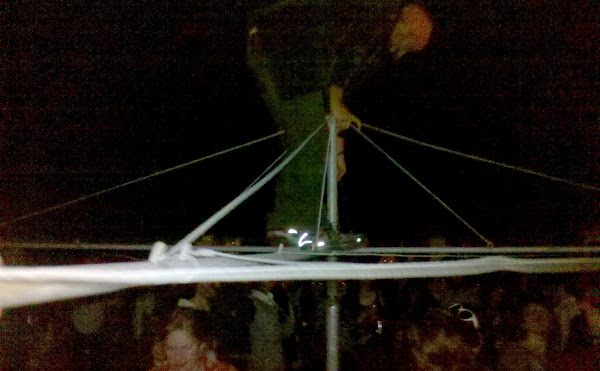 My only regret was that I didn’t take a better camera to the show.

House gigs seem to be taking off at the moment. We’ll have to hope that Canberra’s suburbia can cope with the ruckus.

As for how you get to find out about these things? It was listed in the DIY wotz on guide and the Culturazi Gig Guide. 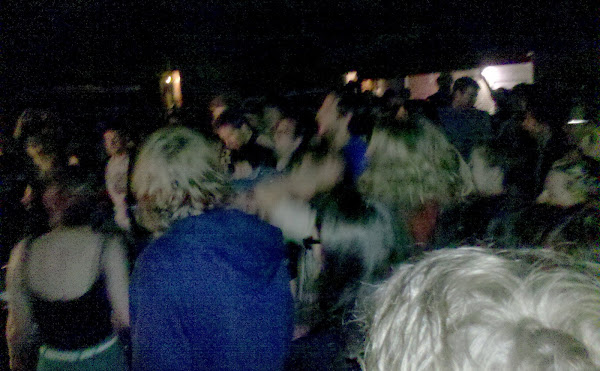 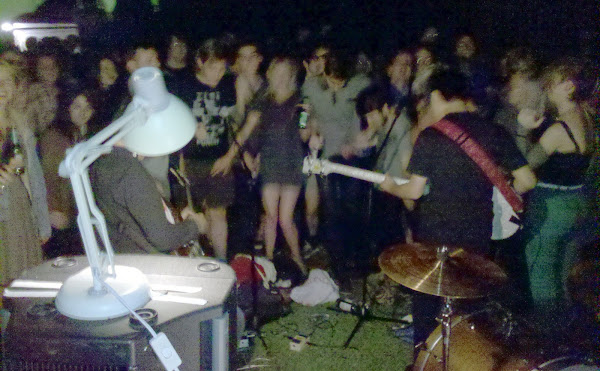 Does not get any better than over 250 awesome Canberrans going off in a backyard in O’Connor on a magical Friday night. And the only damage to report was a bit of trampled basil in one of the many veggie gardens!

Massive thanks to local band Kasha for opening up your house when all the civic bars would rather have DJs playing mp3s on a Friday night. Three amazing young Beijing kids on a historic first ever tour of Beijing rock in Australia have gone back to Beijing to tell all their friends how cool Canberra is. They said it was their best gig of their Geelong-Melb-Syd-Newcastle-Canb-Brisbane tour.

TV Colours and Kasha were awesome as well. Why aren’t we seeing talented local bands like these play more around town?

This just screams warm, boozy summer nights- I love it!
Also, supported Sonic Youth and now playing at O’Connor house parties? Someone has the right connections.

Looks great, love the desk lamp in the bottom shot.

Sad indictment on Canberra pubs and clubs when house parties are the best gigs you can find.

Having said that, looks f*cking awesome!!!

Bob Jones - 6 hours ago
Deb Wheare And Lynne Meredith... I've heard because of the more right someone who identifys as being an Aboriginal or Torres... View
Kev Martin - 16 hours ago
I find If you stop breaking the law, you don't get locked up View
Deb Wheare - 1 day ago
Jacob Torresan face palm View
Property 14

Pari Gilmour - 17 hours ago
I support a burnout pad. Zero interest myself but obviously these guys need a social space to do their thing. Happy to suppor... View
Opinion 33

@The_RiotACT @The_RiotACT
The victim of an attempted robbery at Belconnen says her impression of the city has changed forever after a thief tried to steal her bag https://t.co/3SlXYFKuaL (23 minutes ago)

@The_RiotACT @The_RiotACT
For the fourth year in a row, the Toyota Corolla has taken out first place in the top ten vehicles bought in Canberra. Did your car make the list? https://t.co/rsV9yLItXn (3 hours ago)