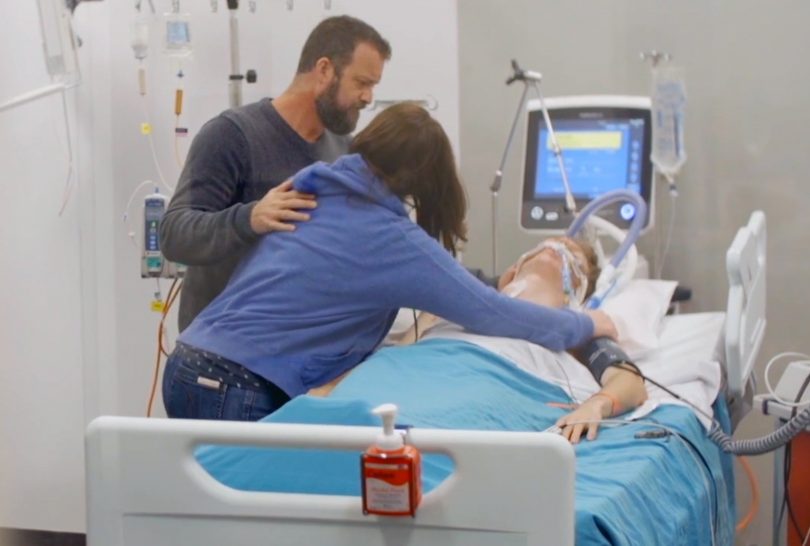 A still from a new video released today by ACT Health which highlights to young people why getting vaccinated against meningococcal is so important.

A case of the potentially deadly meningococcal disease has been contracted in the ACT with a teenage girl admitted to Canberra Hospital with the condition over the weekend.

ACT Health has been notified that the teenager contracted meningococcal B strain but is recovering well.

This is the first case of meningococcal B notified in the ACT since 2016. The more dominant strains of the meningococcal disease are also reasonably rare, with only one or two cases a year in the ACT.

Dr Kelly said immediate action was taken once the case was notified.

“Action taken includes the provision of antibiotics to people who have been in close contact with the person and information about meningococcal disease to those at low-risk as contacts.”

Dr Kelly said that the school the teenager attends and her classmates have also be notified.

ACT Health warns that meningococcal symptoms usually develop very quickly over a few hours and it is extremely important to seek medical attention as soon as possible.

“Meningococcal disease is rare, but it can be severe, leading to life-long complications or death. It can cause meningitis and/or bactaeremia – an infection of the blood,” Dr Kelly said.

In more recent years, the dominant disease-causing strains in the ACT and nationally have been meningococcal W and Y.

Dr Kelly said young adults and older teenagers were at a higher risk of contracting the meningococcal disease.

With this in mind, ACT Health has today released a new video which highlights to young people why getting vaccinated against meningococcal is so important. 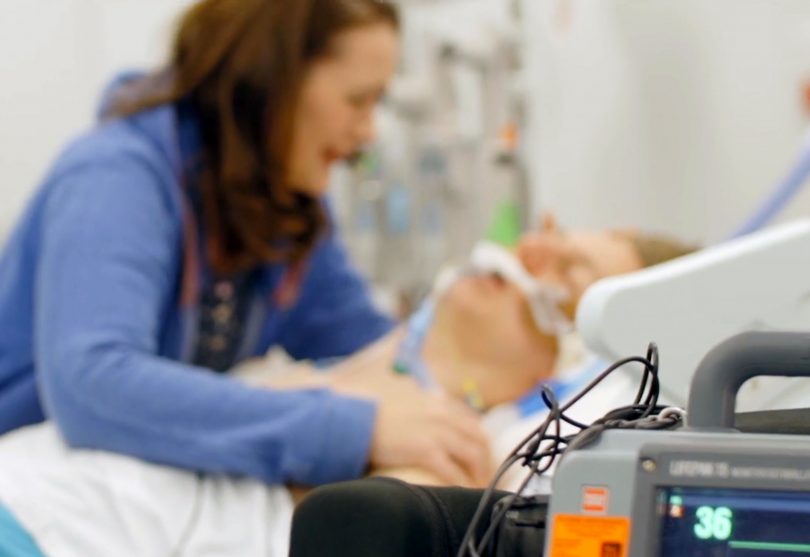 Another still from the ACT Health video (shown below).

“That’s why we are targeting young people aged 16 to 19 with a catch-up program for the meningococcal ACWY vaccine.

“It’s also why earlier this year we rolled out the program to Year 10 students in schools and, starting this week, we will be extending it to all Year 11 and 12 students.”

ACT Health advises that young people aged 16 to 19 who have yet to receive the meningococcal vaccine can also get the free vaccine through their GP until the end of the year.

For more information about meningococcal disease and the catch-up program please click here.

ACT Health’s new online video about meningococcal vaccine can be seen below.

Patrick Harrington - 6 hours ago
I'm sure the residents of Wright and Coombs will love a shopping centre in Whitlam. If Whitlam can actually get a shopping ce... View
Property 4

Christine Hamilton - 6 hours ago
Ash Claire common sense should tell you this is correct. View
Ash Claire - 14 hours ago
Yes, and I want to know where they get their stats from View
Food & Wine 22

Daniel Duncan - 7 hours ago
Clinton good luck with that. View
John Sykes - 8 hours ago
Peter Major that would be an interesting outcome. Diesel rebates to mining and agriculture allow them to function against int... View
Ray Whiteman - 12 hours ago
Hahaha! You think EVs are going to get a free ride? Wait until they are more popular, then the costs will hit owners View
Motoring 35

Carol Ranft - 7 hours ago
Michael Grinceri It would help if they advertised why a speed limit was chosen View
Ursula Gamal - 8 hours ago
👏👏👏👏👏👏finally!!!!!! View
Community 33

Stephen Esdaile - 9 hours ago
And how hard is it to cross the border to get a new set of shoes on the car? At least the fuel tax works because there's no p... View
Julie Macklin - 10 hours ago
Km per year should differentiate between (congested) city with alternative ways to travel, and (not congested) country, often... View
News 1

bikhet - 12 hours ago
Road usage charges have been discussed among economists for several years now as a form of taxation to replace fuel excise. O... View
Breaking 1

JC - 12 hours ago
Not that I care who the liberal senate candidate is I can see why many are so annoyed. The way in which old Zed was originall... View
News 5

Martin Budden - 12 hours ago
The government has been very clear: CRS are welcome to do it in Hume, but not in Fyshwick. CRS just needs to switch to Hume. View
News 16

yoyoyo - 13 hours ago
They do bulk orders i.e. 100 apartments at a time. Good luck getting a price out of them. View
show more show less
*Results are based on activity within last 7 days

@The_RiotACT @The_RiotACT
Handmade Canberra partners with GIVIT to make it easy to brighten up Christmas for bushfire-affected communities https://t.co/sDzQvLLrus (7 hours ago)

@The_RiotACT @The_RiotACT
Looking for an exercise buddy? Meet Cookie, an active pooch who is at @rspcaact hoping to find a new owner https://t.co/0AeZxL5DVO (8 hours ago)