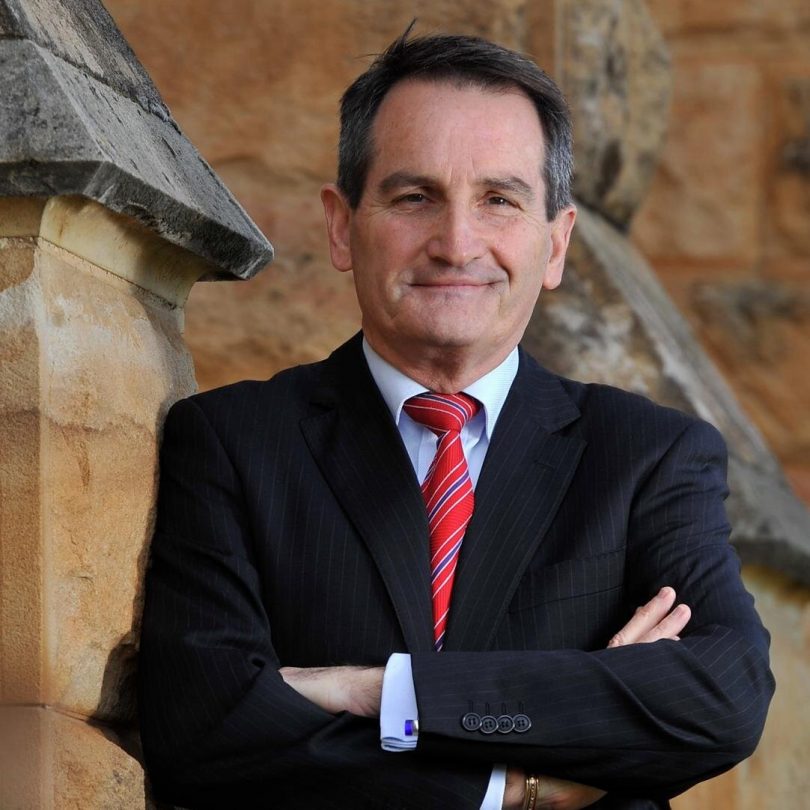 A senior church official and prominent Canberra Catholic says that Cardinal George Pell’s conviction for sexual abuse may be “the last straw” for many church members and that the ACT government is on the right track with new legislation making it mandatory to report information concerning sexual abuse disclosed in a religious confession.

Francis Sullivan was chief executive of the Australian church’s Truth, Justice and Healing Commission in response to the sexual abuse crisis. He believes Cardinal Pell’s conviction on sex abuse charges may be a final tipping point for many Catholics, adding, “I don’t know how much people can bear. My feeling is that a lot of ordinary people are really going to find something like this the last straw.

“Regardless of his personality, Cardinal Pell was the Catholic church at an institutional level. To have a conviction literally beggars belief, as does the fact that people like George Pell have very prominently said since 1996 that they are part of the solution, not the problem.

“Church officials have expended enormous energy in trying to justify why the church didn’t have to be dragged into the public realm. They fought tooth and nail every time a public enquiry was suggested into their processes and they are still holding out on the seal of confession, trying to maintain – weakly, very weakly in my opinion – that the seal has nothing to do with the welfare of a child. That just beggars belief.

Mr Sullivan, who led the Church’s response to the Royal Commission and sat through all the Commission’s Canberra hearings, says the church has attempted to divide the Australian sexual abuse history into distinct halves: matters that occurred before the time of the current hierarchy, then their role as architects of the way forward after those events.

“That’s been the narrative exhaustively promulgated from day one of the Royal Commission, that this was a historical problem only, that the perpetrators were dead or had come to justice. The fact that a cardinal has been convicted of the abuse means that many people will now feel that if possible, this is even worse than we thought.”

Mr Sullivan says that the church’s governance arrangements are also a fundamental problem reflecting a culture of secrecy and cover-up by those in power. But he says beyond the abuse itself, one of the church’s biggest failures has been the lack of ordinary morality among senior officials.

“Where is the basic moral sense, the moral knowing that we all carry with us, the sense of right and wrong?”, he asks, arguing that goes to the need for a profound re-examination of the church’s culture, its hierarchy and the role of lay people.

Mr Sullivan says there will be those who resist that analysis. “Even today you’ll hear people arguing that this is the inevitable outcome of secular evil forces trying to undermine the value, influence and credibility of religion and using any opportunity to weaken the church.”

Given that Cardinal Pell has indicated his intention to appeal his conviction, Mr Sullivan says it’s important to respect the process of the law. “The bigger thing is for Catholics to realise that we are confronting something about ourselves as a culture in the church. We have to be more adult in our participation in the church, mutual participants and not subjects.”

Can the Catholic Church in Australia recover from Cardinal Pell’s conviction?

Who is sullivan to tell us we are to respect the process of the law? The vast majority of us don’t need to be reminded of that by him, a person of no account whatsoever. His comment is a gross impertinence.

The real issue is for his church and its members to respect Australian law, not their contrived sharia-like phony make believe. Sullivan should concentrate on paying substantial compensation for the activities of this criminal gang and when that’s done, start paying tax.

Any organisation can contain evil people who do wrong.

The true evil of the Catholic Church and other similar organisations is that they made a conscious decision as an organisation to cover up the crimes of their rogue members.

They decided that the protection of their brand was more important than the welfare of their victims.

Such organisations must now understand that they have lost all moral authority and all statements by them on moral issues must be treated with suspicion.

Any special protections for religious organisations must be removed as those organisations have demonstrated that they are not to be trusted.

Australia does not have, and must not have freedom of religion. We decide which religions and which practices we are willing to allow.

The sooner all religions understand this, the better things will be.

Ben Phillips - 10 minutes ago
There’s about 20 acres sitting unused next to Lyneham primary. Mixing in some high density housing (units) with community p... View
Jenny Lawrence - 25 minutes ago
Joshua F. Johnson any form they take, including the current one, closes off some uses - that's not an argument not to conside... View
Joshua F. Johnson - 31 minutes ago
Jenny Lawrence they’re not “ovals” they’re just open outdoor spaces. You might want a pool there. You want want the D... View
News 2

JS9 - 1 hour ago
The solution is relatively simple. Its called petrol stations becoming EV stations, which in a lot of areas will be the solut... View
Elf - 1 hour ago
Reality is, at the moment these are ok as a second car. If you want to be able to travel, there is no infrastructure to enabl... View
News 18