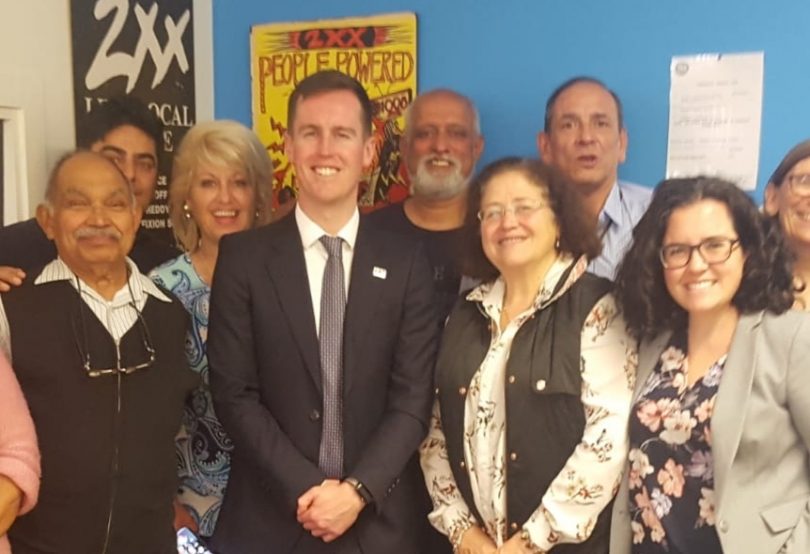 During the COVID-19 pandemic, there has been endless talk about how important it is for federal and local governments to deliver important health information to every community.

The president of Canberra Telugu Vaani and Samithi (CTVS), Lakshman (Lucky) Prasad OAM, knows this only too well.

Since the late 1990s, Lucky and a team of dedicated volunteers have been presenting a Canberra Telugu Vaani radio program every Tuesday evening – since the early 2000s it has been broadcast on community radio station 2XX – in Telugu, a dialect spoken in just a few Indian states.

The radio program will celebrate its silver jubilee later this year, and Lucky says it’s a celebration of all those volunteers who have given their time during the years preparing broadcasts, sourcing music and keeping the community informed. 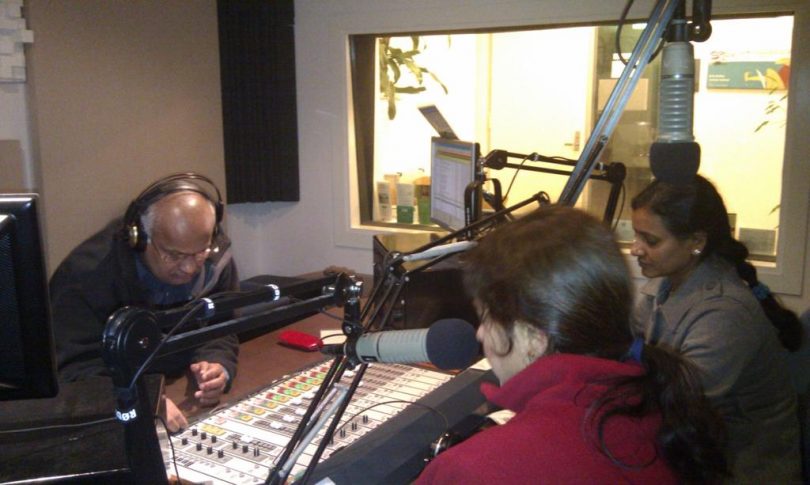 Lucky Prasad on air on 2XX with other members of the Telugu-speaking community. Photo: Lucky Prasad.

Lucky was there at the beginning when the program started and says at the time, there were less than 15 Telugu-speaking families in Canberra. Now there are more than 300.

But it’s during crises such as the 2003 bushfires, the Black Summer bushfires, and most recently the COVID-19 pandemic that multicultural broadcasting is most commonly thrust into the spotlight.

“We see a lot of families, especially elders in the community, who migrate to Australia but still think in their native language so they don’t read government directives or understand them,” says Lucky.

“So during the bushfires and now the pandemic, we’ve played a big role in our community by passing on the message of health and safety and making sure it is clear to people what they need to do in different situations.” 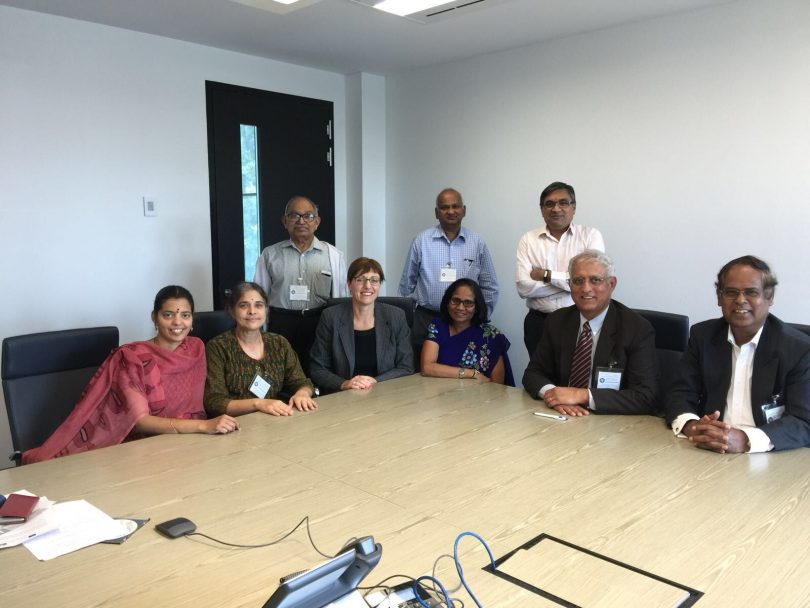 He’s been frequently joined on the radio show by ANU infectious diseases Associate Professor Sanjaya Senanayake, who was able to explain clearly how AstraZeneca and Pfizer COVID-19 vaccines act in the body.

Broadcasters from CTVS also attended a series of workshops between June and July last year with the ACT Government where they were given health information to disseminate via their platform.

In 2010, when there were multiple attacks on Indian students and migrants, particularly in Melbourne and Sydney, Lucky says it was the program which was tasked with sharing information and messages with the community about what to do in instances of racism or violence, and how to keep safe.

The 2XX program also shares information about community events and how to engage with them, such as the National Multicultural Festival and Floriade.

However, his personal highlight was interviewing Indian cricketer VVS Laxman.

The Canberra Telugu Vaani radio program started with a group of three or four families back in 1996 who used to broadcast from the Serbian Club in Mawson, who had a license for community broadcasting and an available spot. Since the early 2000s, they’ve presented on 2XX.

Lucky, who was awarded an Order of Australia last year, moved to Canberra in 1994 and says it’s definitely home these days. 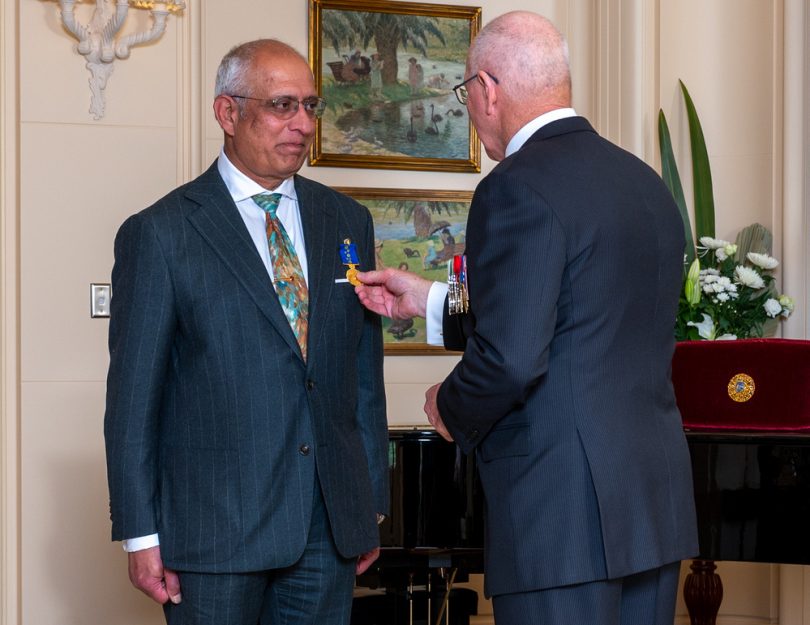 He and his wife are both public servants, and they have two adult sons who attended Marist College and now work for the Royal Australian Air Force and Department of Foreign Affairs and Trade.

Lucky says that post-IT boom, the Telugu-speaking community has grown massively in Canberra, and while most originate from India, there are also people who have moved from diaspora countries such as Fiji, Indonesia and Mauritius.

“We’ve come a long way from a couple of families,” he says.

In a recent survey, the weekly program has an average of 4000 listeners, which Lucky thinks has a lot to do with the popularity of Bollywood music.

READ ALSO Spot the leopard: two new cubs are out of hiding at the National Zoo & Aquarium

“Lots of people will listen to the broadcast [show] before, and then stay on even if they can’t understand what we are saying but because they like the music,” he laughs.

Recently, Lucky has been heartened to see a younger generation of presenters getting involved to add a bit of humour and sarcasm to the broadcast, as well as introducing slang to the airwaves. Alongside Lucky, regular presenters include Samba Murthy Manchella, Srinivasa Prasad and Rao Adiraju.

Listen to Canberra Telugu Vaani and Samithi on the 2XX People Powered Radio 98.3 FM station every Tuesday between 8:30 pm and 9:00 pm.