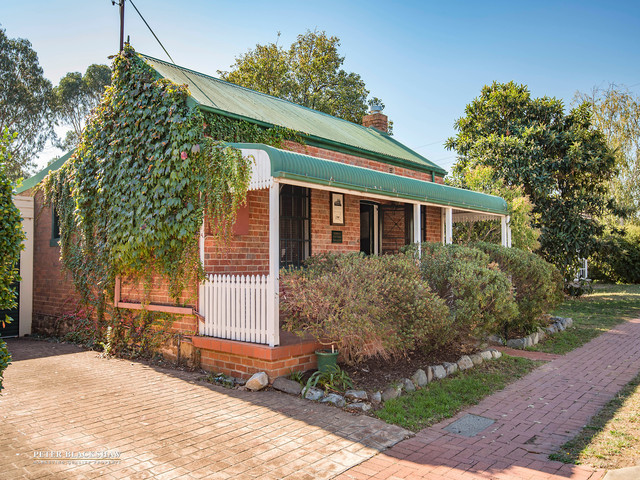 For those with a sense of history and looking for a different aesthetic to the usual low-maintenance town-house or apartment style property on offer, this heritage-listed cottage only a short walk from the Queanbeyan CBD should be on the to-see list.

Set on a narrow 232 square metre block, Dunbar Cottage was one of five homes originally built in 1884 in Macquoid Street for Thomas Buttle and was later named for the three Queanbeyan men who went down with the Dunbar in 1857, described as Australia’s version of the Titanic, according to Nichole Overall’s book, City of Champions: 175th Commemorative Edition.

The private single-title property, priced from the high $300,000s to low $400,000’s, has had two extensions over the years but agent Alex Ah Key from Peter Blackshaw Queanbeyan and Jerrabomberra says Council records are short on detail. 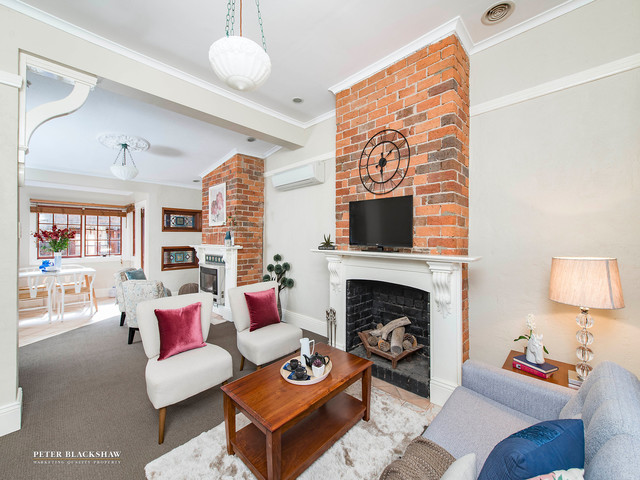 The kitchen was updated in 1995 but apart from some paint, the current owners haven’t had to do anything to it.

Beautifully maintained, the two-bedroom cottage exudes colonial charm with solid brick bones and a functioning fireplace but with all the modern convenience of two ensuites, split air conditioning and being NBN ready.

“It’s really good blend of old and new, because it’s been very well maintained but has all the characteristics of a home that was built in the 1800’s so it feels a bit olde world, like walking through the north shore of Sydney,” Ms Ah Key said. 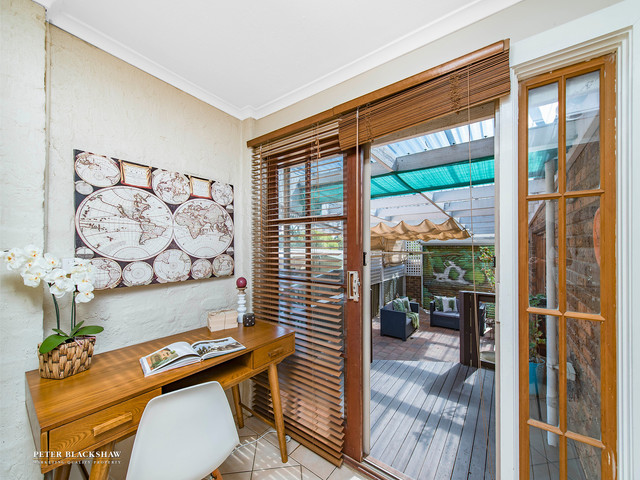 The two bedrooms, both with ensuites, are at opposite ends of the home – one having a walk-in robe, the other built-in.

The split-level design means the second bedroom and living space are on the upper level and the laundry and master bedroom are segregated on the lower level. 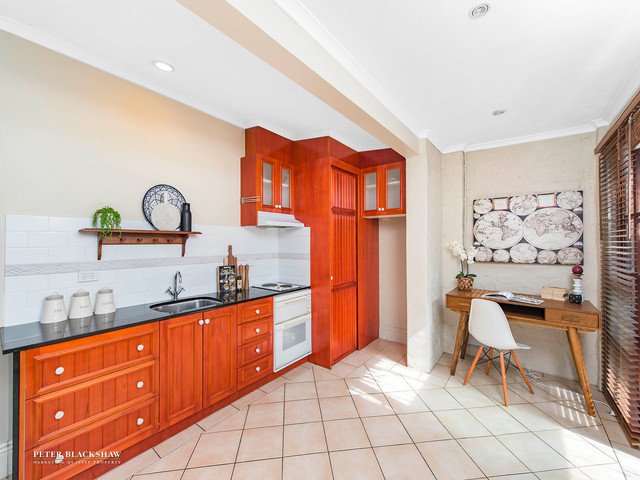 The tiled kitchenette is fitted with a walk-in pantry, black stone benchtop and electric appliances.

There is no garden to maintain but an internal atrium, a fully enclosed, paved rear courtyard and an attractive, covered veranda provide outdoor living spaces to enjoy. 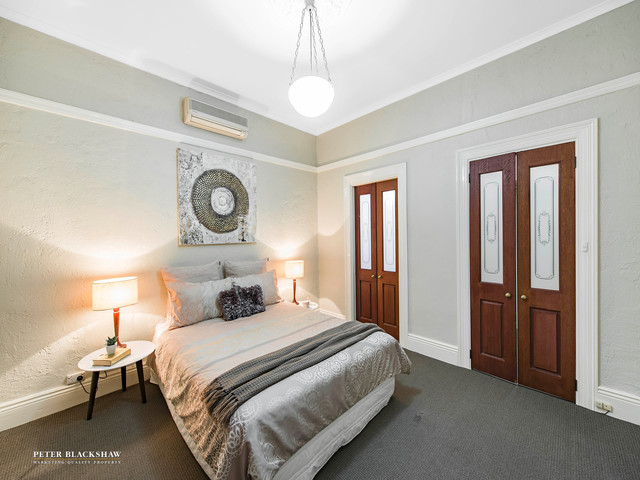 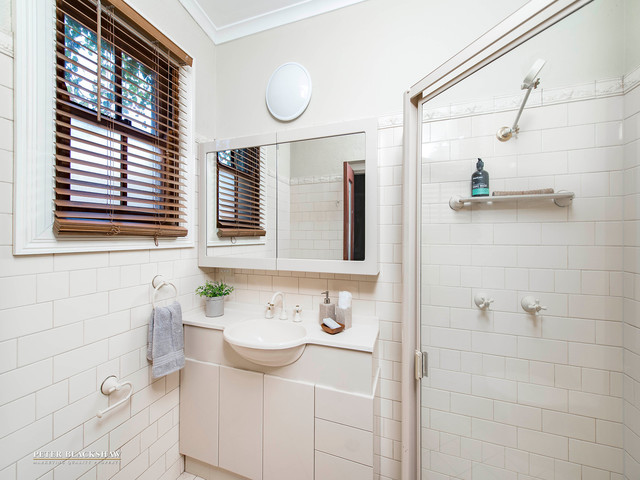 The cottage had attracted quite a different demographic with many of those inquiring being single women, young and old, she said. 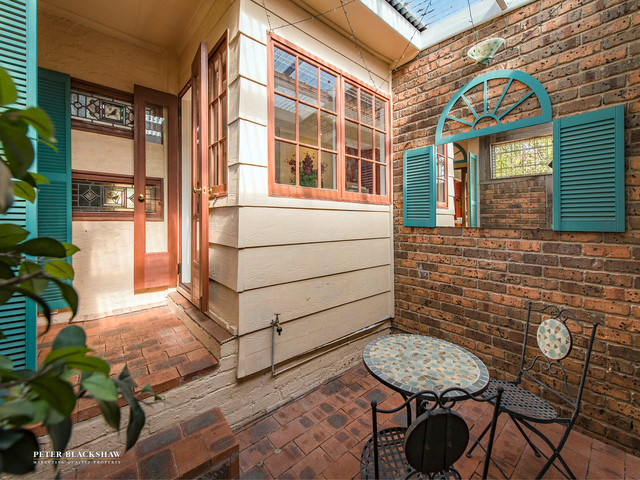 Five minutes walk to the CBD, and with St Gregory’s primary school nearby, Dunbar Cottage is ideally located and also zoned R4 High Density Residential, providing potential for Council approved commercial use such as a professional home business.

Ms Ah Key said the cottage really was an opportunity to own a piece of Queanbeyan’s history. 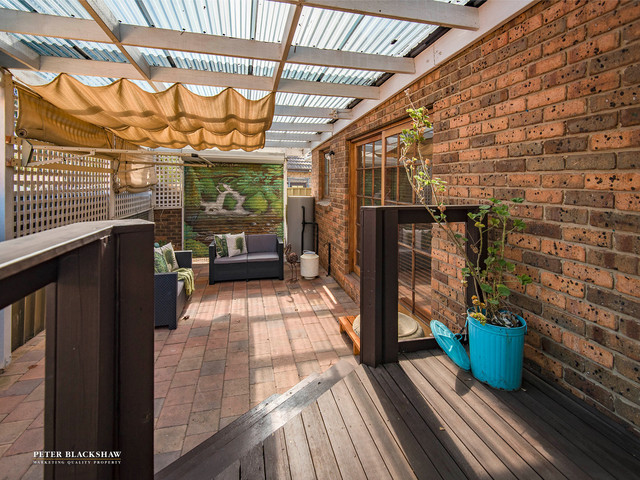 “It’s a quirky, unique charming little cottage, with few and far between to compare to it,” she said.

Dunbar Cottage at 80 Macquoid Street goes under the hammer on Saturday at 9.30 am.