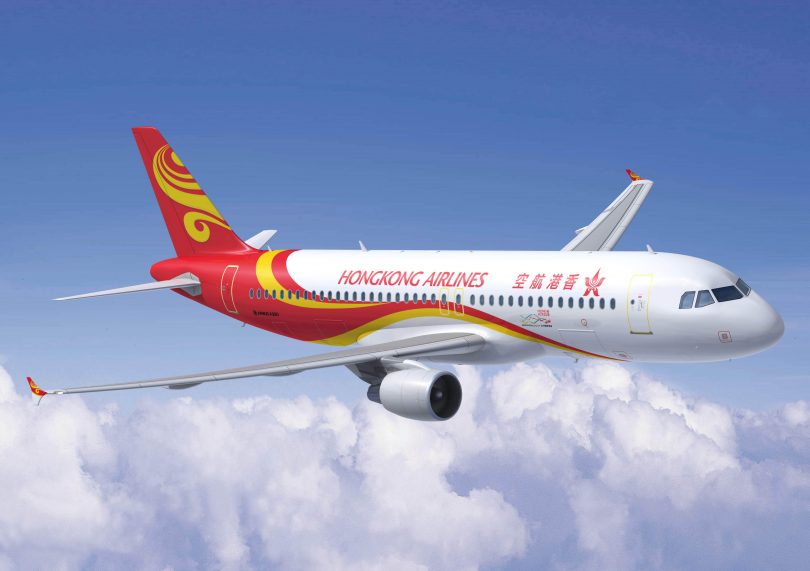 Chief Minister Andrew Barr will continue his bid to woo a Chinese airline to Canberra when he visits Hong Kong as part of his annual post-Budget trip to Asia to promote investment opportunities in the ACT.

Mr Barr will meet with Hong Kong Airlines during his annual Asian Investment Roadshow, in which he will present the Budget to investors in Singapore, Seoul and Hong Kong from 4-15 July.

A spokesperson said the Hong Kong meeting would be initial discussions in what the Chief Minister has called a medium to long-term project to attract more airlines to Canberra.

“The capacity of Canberra Airport, our large student population and our tourism attraction is all part of these discussions,” the spokesperson said.

“The Government was working with Canberra Airport on attracting airlines both domestic and international to Canberra and we are hoping that they can attend the meeting with Hong Kong Airlines.”

Last year it was judged the second-best regional airline in the world by Skytrax.

The spokesperson said the Chief Minister had had previous discussions with China Southern and Cathay Pacific about direct international flights from Canberra, and Asia continued to be the number one source of the ACT’s international visitors.

“This has been accelerated by direct flights from Singapore. Canberra’s international student population is also a significant advantage,” he said.

The Government was also keen to re-establish the link to New Zealand and had held discussions with Air New Zealand recently.

Domestically, Mr Barr had recently held talks with Jetstar about starting a Canberra service and had also had discussions with Tiger Air in the past few months about increasing the number of flights to the capital.

“These discussions are ongoing, and the success of Tiger Air flights to Brisbane and Melbourne is a good indication that the capital should see more low-cost options for domestic air travel in the not too distant future,” the spokesperson said.

Canberra Airport said it was still to decide whether to send a representative to the Hong Kong talks.

Singapore Airlines and Qatar Airways are now running daily services to Singapore and Doha respectively out of Canberra.

Ben Jones - 24 minutes ago
No one will go apart from the die hard fans. Until they start winning and the whole of the ACT become fans overnight. View
Louellyn Violet - 12 hours ago
Hey, I’m a very happy GWS supporter, they have been taken in by ACT AFL supporters as their team, or second team View
News 116

Julie Macklin - 6 hours ago
Elizabeth Ann Thurbon Not unique to Australia. I've arrived at towns and cities in Europe and found the station wasn't in the... View
Yvoir Hingee - 6 hours ago
A joke. I last used it twice once in the 1950s and once in the 1960s, and the experience was so bad I promised myself never t... View
Julie Macklin - 6 hours ago
Anura Samara It's not in the middle of "nowhere" for people who live in the local apartments, such as the Kingston Foreshore,... View
Community 12

David Newman - 7 hours ago
Kylie Tinnock, yes, we have all been offered the vaccine equally but those who choose not to vaccinate are not treating other... View
Kylie Tinnock - 9 hours ago
No we should all be treated equally View
Opinion 18

Janelle McGarva - 8 hours ago
11 for Wagga. 4 for Queanbeyan. Obvious who the winner is. View
Ian Jessup - 8 hours ago
Are these people really just Canberrans who couldn't afford to live there? And the ghettos of Queanbeyan were the next best s... View
Breaking 86

Wini Harrison - 8 hours ago
I was too bizzy watching movies. View
Julie Macklin - 9 hours ago
Of interest, I found this reference to an early earthquake in Melbourne. Apparently in March 1837 Governor Bourke paid a visi... View
Robyn Patricia Walter - 10 hours ago
I thought “geez that garbage truck is coming down the street a bit too fast”. It was a few minutes later when there was n... View
Opinion 196

Matthew Robinson - 8 hours ago
Would be great but no way the government would support it. View
Peter Hyde - 10 hours ago
Hopefully it will happen. Think of the tourist $s View
James Farrugia - 10 hours ago
GET THEM HERE!!!!! It will bring a needed boost to the hospitality and hotel industry the capital needs! View
News 14

@The_RiotACT @The_RiotACT
Raijin Japanese Cuisine, a hidden gem in McKellar, has found a way to help those in need during lockdown https://t.co/qF5SyeJre9 (10 hours ago)