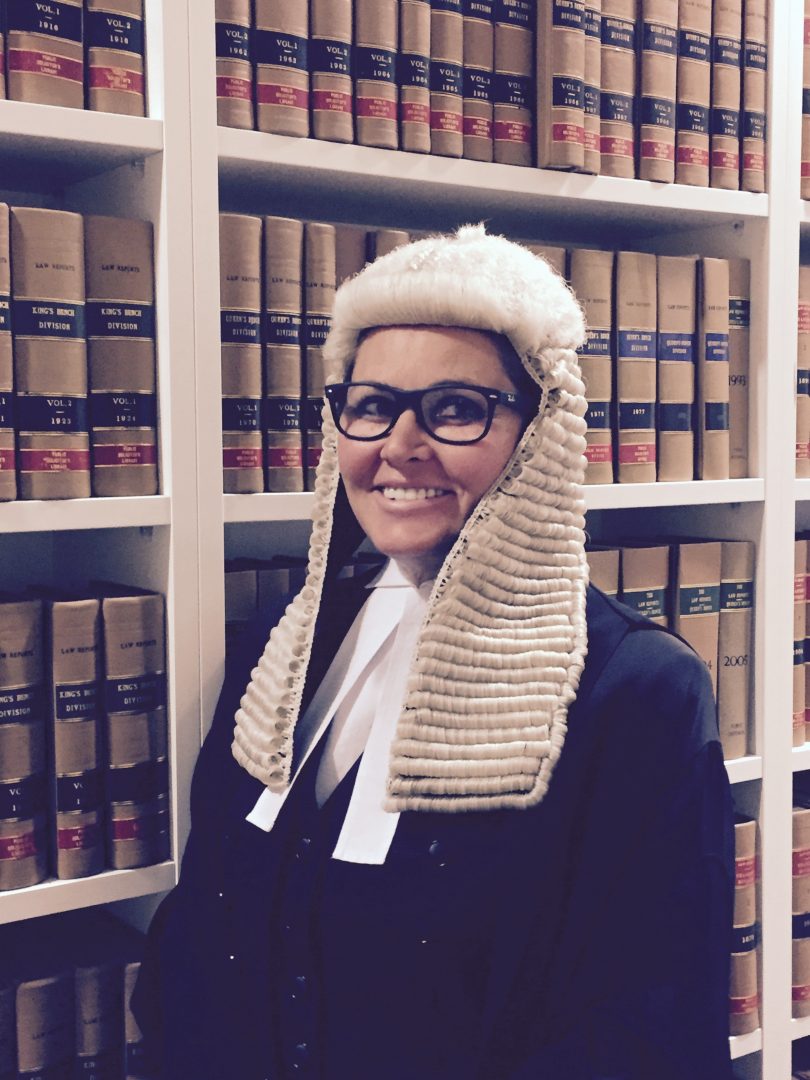 Ms Loukas-Karlsson will start her new role on 26th of March, 2018. Photo: Supplied by ACT Government.

The ACT Government announced on Tuesday morning (6 February) that Chrissa Loukas-Karlsson will replace Justice Hilary Penfold as the new judge of the ACT Supreme Court.

Ms Loukas-Karlsson has 30 years of criminal experience, having appeared in a wide range of courts and tribunals including the Supreme Court of NSW, the High Court, and the International Criminal Tribunal in The Hague.

“Ms Loukas-Karlsson is a powerful advocate for women in the legal profession, and last year was awarded Barrister of the Year by the Women Lawyers Association of NSW.”

“Ms Loukas-Karlsson is well equipped for this role, with over 30 years of experience in criminal law,” Mr Ramsay said.

Ms Loukas-Karlsson recently returned to private practice following her work as a public defender since 1995. She also has previous experience acting in judicial roles at the former Administrative Decisions Tribunal, as an acting District Court Judge in New South Wales, as well as an acting Crown Prosecutor.

“She has also served as a Bar Council Member, the chair of a Professional Conduct Committee, and is currently the Junior Vice President of the NSW Bar Association as well as a Director of the Law Council of Australia,” Mr Ramsay said.

“She will bring energy and diversity to the court and I look forwarding to welcoming her to Canberra. Ms Loukas-Karlsson’s appointment will also maintain the strong representation of women within the ACT judiciary.”

“As Justice Penfold concludes her time on the bench, I would like to thank her for her significant contribution to court and the wider Canberra community.

“Justice Penfold was the first female Resident Judge of the Supreme Court and is known for the rigorous standards she applies in court as well as the thoughtful judgements she delivers,” Minister Ramsay said.

bikhet - 5 minutes ago
A pox on them! They are a blight in Civic and they want to spread them elsewhere? View
Opinion 63

Ashley Latimer - 41 minutes ago
I find it ironic that people will complain about being forced to get a vaccination (as a socially responsible Australian) but... View
Ashley Latimer - 48 minutes ago
Bernard Miller Do you have credible statistics which outline why getting vaccinated is bad?... View
Andrew D'Arnay - 7 hours ago
We live in a free society where you can make your own choices, this is the greatest thing about living in Australia, but thos... View
News 1

MERC600 - 45 minutes ago
The accompanying picture to this article shows a very nice looking medical type establishment. Is this inside our 25 mill pop... View
Lifestyle 13

Paul Regan - 1 hour ago
And the total panorama is spoilt by a couple if trees that have been allowed to grow too tall. That said it is the same fir a... View
News 5

chewy14 - 4 hours ago
Or just like our own ACT government. No dramas, reelection is almost guaranteed no matter how badly they stuff up or waste mo... View
Stephen Saunders - 7 hours ago
I do feel a twinge (not an avalanche) of sympathy for Our Gladys, who cannot possibly emerge from ICAC unscathed. She should... View
Lifestyle 21

Exasperated magistrate asks: “How can I protect a child in this jurisdiction?”

@the_riotact @The_RiotACT
Post lockdown, Bec's family was one of the first in Canberra to be exposed to #COVID-19. They won’t be the last. But the story could have ended very differently without full vaccination https://t.co/pLQHkDNANt (1 hour ago)