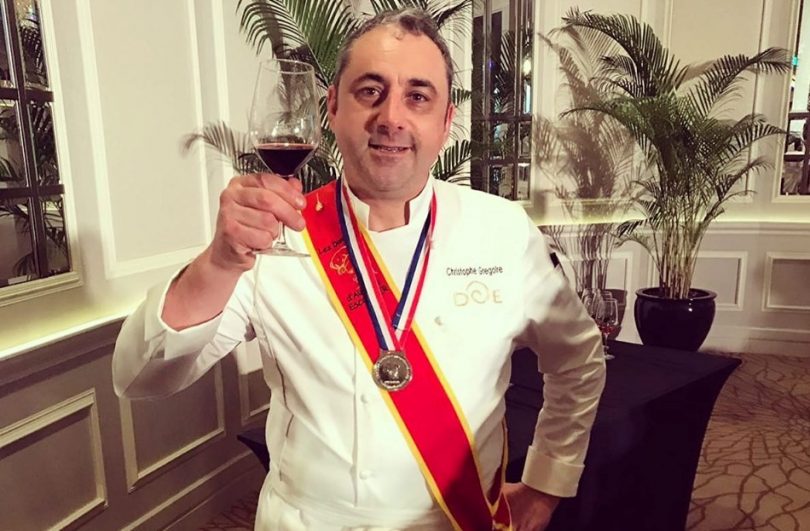 Christophe Gregoire from Les Tres Bon Restaurant in Bungendore has been honoured with the position of President of Escoffier Association Australia at a ceremony in Singapore.

In a prestigious ceremony at The Fullerton Hotel, Mr Gregoire was among fellow chefs including eleven presidents from eleven different Escoffier delegations in the Asia-Pacific region. 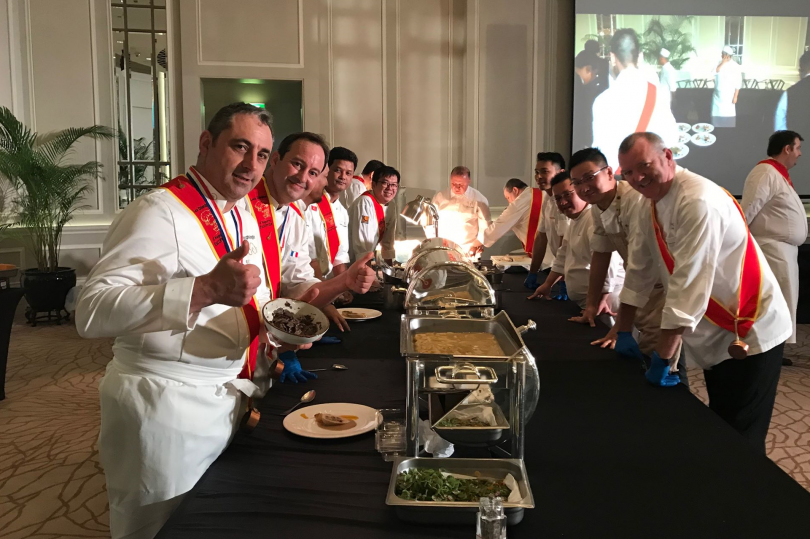 Christophe Gregoire, left, with his fellow chefs in Singapore.

The chefs were tasked with preparing a seven-course degustation dinner for a ‘Black Tie Gala’ with 200 guests invited by the French Embassy in Singapore. The guests represented French stakeholders in Singapore.

Mr Gregoire said “I worked with Chef Philip Golding, President of the Philippine Delegation. Together we prepared the second course (second entrée) Bouillabaisse, monk fish, mussel and langoustine with truffles.”

“I suggested the truffle inclusion in the dish, as I wanted to promote our current Australian truffle season. I have been passionate about our Australian truffles from the start – and was proud to showcase them at an international level.” 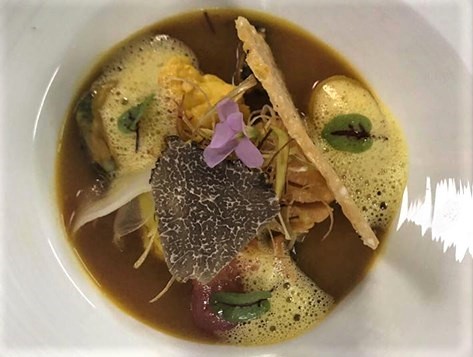 “We worked solid for two days – preparing the dishes. We helped each other,” he said.

Mr Gregoire’s enthronement as president occurred during the gala dinner, just before dessert was served.

“It was a very emotional ceremony for me,” Mr Gregoire said. “The medal with ‘Australia’ engraved on it – means so much to me. I have been passionate about sharing my knowledge to an Australian audience through my business in Bungendore – but now I am responsible for so much more.” 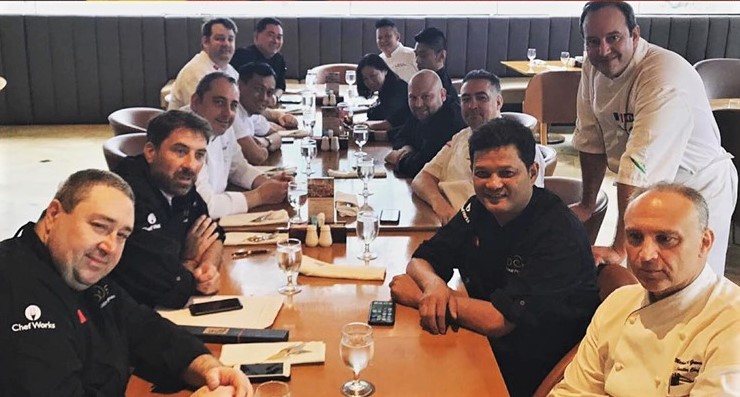 Renowned chefs from Asia and the Pacific together in Singapore.

“I have to take my passion further, reaching more people. I am particularly interested in teaching the young,” he said.

“I have taken the first step – and the first meeting of Escoffier Australian Association will be June 22 at Le Tres Bon in Bungendore.”

The idea to establish an Association in Australia came from the chef of the French Embassy in Australia, Jean-Marie Le Rest. He organised a few meetings and was then posted overseas. He left the Association while still in its infancy. It was Le Rest who put forward Christophe Gregoire’s name as President.

What is the Escoffier Association and who is Auguste Escoffier?

Chef Escoffier was a revolutionary, a visionary. “Most commercial kitchens in the world have adopted his standards,” Mr Gregoire said. “The systematic ‘brigade’ division of labour, his strict hygiene standards, and the uniform – the toque (chef’s hat) and white uniform. He published the “bible” of French cooking – Le Guide Culinaire – codifying French cuisine, techniques and over 5,000 recipes.

“It is important in my profession as a French chef to honour tradition, to respect our masters, forebears and recognise their contribution,” he said.

Mr Gregoire: “The medal with ‘Australia’ engraved on it means so much to me.”

The gastronomic association for the maintenance of the good reputation and traditions of French cuisine is governed by the law of July 1, 1901, and August 16, 1901, and the present statutes.

The objectives of the Association are:

“I have my job cut out for me,” Mr Gregoire muses. “Some of the challenges are based on the fact that Australia is a very large country. My main focus in the first few years is to build solid foundations, processes and infrastructure which will stand the test of time. Start small and strong – and build up the Association from there.”

“My role as President has many facets; establishing an Executive Committee and working with them to achieve the objectives of the Association, while also representing Australia at International events,” he concluded.

A French revolution out of Bungendore!

Thanks Simone, we did see it. Christophe and Josephine and such wonderful people and passionate ambassadors for French food and understanding and appreciating the terroir of food 🤩.

kenbehrens - 15 hours ago
That makes no sense. Your comparisons are 20-25 years apart. The "new" bus route takes longer because it services a bigger ar... View
bj_ACT - 15 hours ago
Not sure about the adding 10 minutes to the 333 journey by changing to go past College St and UC. The change Only added 1.2km... View
michael quirk - 20 hours ago
Yes,but it is by no means certain that light rail stimulates urban redevelopment more than BRT. Much depends on design of the... View
News 1

@the_riotact @The_RiotACT
There's more to hosting global #sporting events than stumping up cash to the organising body - you also need #venues which, as Tim Gavel notes, is also a problem for the ACT https://t.co/1ivTV1rHfA (41 minutes ago)