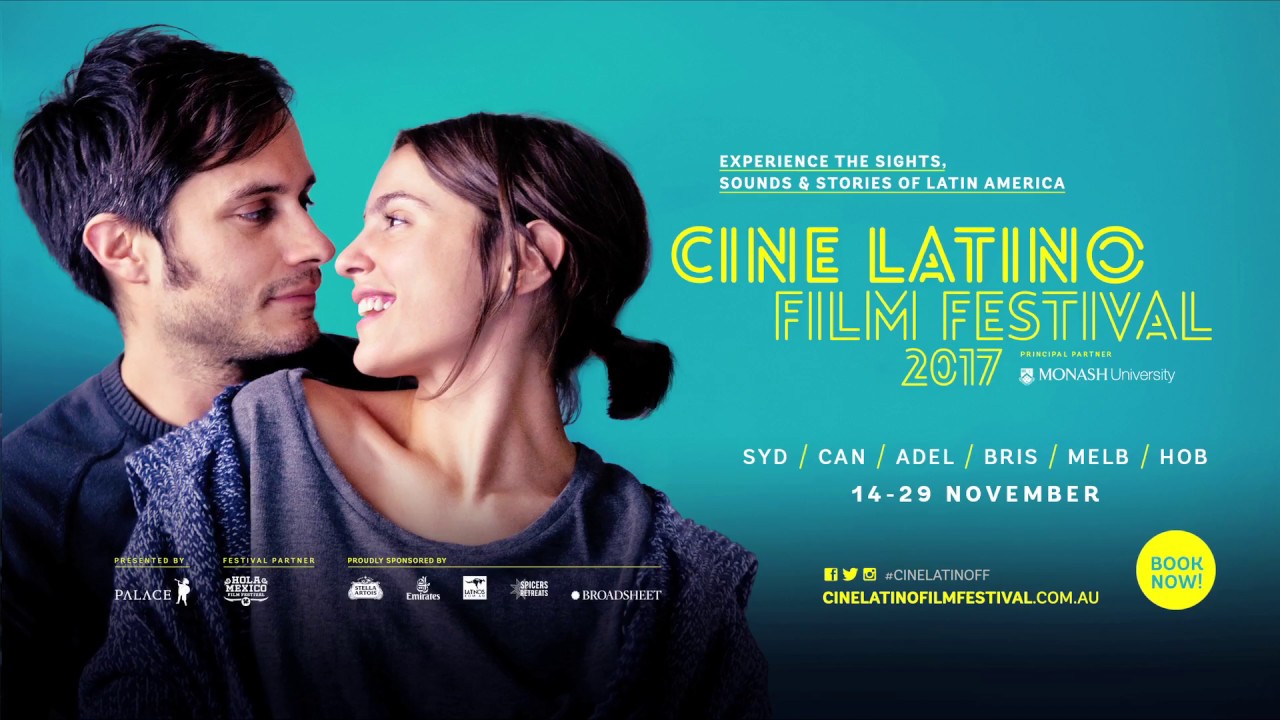 Having shared the stage for several years with the Spanish Film Festival in Australia, last year saw the debut of this Latin-American showpiece. While Spain has its own healthy prolific film industry, Latin America’s collective of countries capably fills out a festival format with their own stories too. The sophomore edition of the Cine Latino Film Festival shows that Latin American cinema is veritably vibrant.

To be held at Palace Electric Cinemas this month, the festival showcases 26 features across three categories from November 15 – November 29.

Only select Spanish-speaking countries throughout Latin America – namely Argentina, Mexico and Chile – boast highly developed film industries. Nevertheless, this year’s festival enjoys solid representation from across the board including Colombia, Cuba, the Dominican Republic, Ecuador, Peru, Uruguay and Venezuela. Two features are also included from Brazil which, as a country of over 300 million people, really deserves its own film festival. Hopefully a more fully-fledged Lusophone film festival will take shape in Canberra in years to come.

Mid-festival Special Event screening of Inseparable is presented by the Embassy of the Argentine Republic on Thursday 23 November. An Argentinian reimagining of the affecting comedy-drama and worldwide French phenomenon Les Intouchables, Inseparable is the story of a wealthy wheelchair-bound businessman who entrusts the job of his everyday care to his gardener and personal friend rather than to impersonal applicants. Confronting adversity together, the film smartly shines humorous light on their differences in class and status along the way. Enjoy a pre-film reception including Malbec wine and empanadas at 6:30 pm before the screening at 7:15 pm.

Pencil in the third and final Special Event for the festival on Tuesday 28 November. Brought to us by the good people at the Hola Mexico Film Festival, The Load is an adventurous historical fable set in 16th century Mexico as the paths of a Spanish noblewoman and a downtrodden indigenous rebel collide with grave repercussions, a la Alatriste meets Apocalypto. Enjoy Mexican food and drinks at a pre-film reception from 6:45 pm followed by the screening at 7:30 pm.

The Contemporary Selection is an eclectic electric mix making up the bulk of the festival. From Uruguay comes Breadcrumbs, the country’s Best Foreign Language Film submission for this year’s Academy Awards. Argentine and all-around Spanish-language film star Cecilia Roth stars as Liliana. Returning home to Uruguay for a wedding, Liliana’s politically active youth comes back to haunt her. The film unpacks the oft-overlooked historical ills of the southern cone during the dictatorships of the 70s and 80s, highlighting both the trauma and strength of the women who endured them.

Colombian submission to the Best Foreign Language Film category for the upcoming Academy Awards is mystery/thriller Guilty Men. Director Iván Gaona’s debut feature frames a high-stakes cat-and-mouse quagmire in Santander, Colombia, amid a fraught and explosive disarmament of paramilitary groups in the area circa 2005. A bold film which addresses one of South America’s historical political powder-kegs.

Such Is Life In the Tropics, Ecuador’s submission for the 2016 Best Foreign Language Film Oscar, is a searing indictment of fiscal inequality and double-dealing. Ecuador’s most populous city, Guayaquil, serves as the backdrop for an incisive thriller about a young man attempting to evict 250 families squatting on his inherited land. A timely tale about cycles of wealth and dispossession.

From Chile, Kingdoms is a challenging and naturalistic meditation on love in times of tertiary studies, exploring struggles of culture, sex, politics and society through the experiences of Alejandro and Sofía – both at university, but each at different ends of their respective journeys.

Woodpeckers, from the Dominican Republic, is another quality Caribbean candidate. Inspired by true events, the film’s title refers to an elaborate form of sign-language between two enamoured prisoners in this tale of incarceration and infatuation across adjoining male and female prisons. Shot on location with actual inmates and using jailhouse jargon, it is a highly authentic rendering of an impossible love story. Nominated for the Grand Jury Prize (World Cinema) at the Sundance Film Fest 2017.

The inclusion of these highly original offerings from such fledgling film industries is special. What are film festivals for if not to illuminate existences experienced elsewhere?

Mexico has comedies covered with three of their five films: Jeremy; Tales of an Immoral Couple; and Thirty, Single and Fantastic.

Cine Argentina further fleshes out the festival’s lighter fare with dramedy One Night of Love and rom-com That’s Not Cheating.

Pick up the Official Programme at Palace Electric Cinemas.

You can find more information on the festival here and buy tickets here. ¿Por qué no los dos?