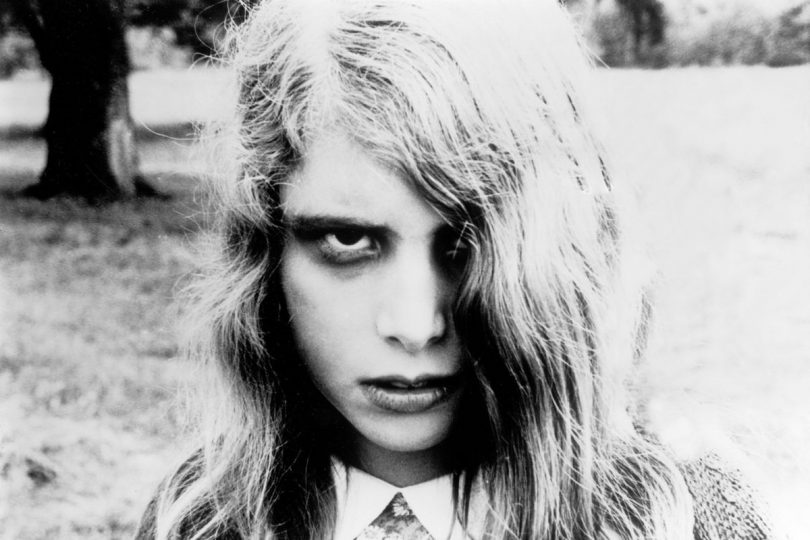 1968. A big year. And that’s putting it mildly. Shockwaves were felt around the world as the closing decade ushered in the beckoning 70s, as significant change and upheaval loomed – some for better and some for worse. The May ’68 Revolution took hold of the streets of Paris and France, ricocheting its impact across Europe and making its mark on the rest of the world. That same year Martin Luther King would be assassinated on a balcony in Memphis, Tennessee, having fought so hard to quash the same hatred which would ultimately cost him his life and continues to plague the United States today.

Despite the ruptures of ’68, there would also emerge important cinematic structures. These would indelibly etch their way into the celluloid subconscious. Both France and the USA produced some notable works which will be celebrated here in Canberra at the National Film and Sound Archive. Half a century on, and over the coming fortnight, enjoy the enduring influence of five pioneering titles in Cinema ‘68.

The season kicks off this Wednesday, 11 April with a double-bill of red, white and blue: The Swimmer (USA) at 6:30 pm, followed by a free screening of Le Révélateur (France) at 8:15 pm.

The Swimmer follows Burt Lancaster’s character Ned Merrill as he endeavours to swim all the pools of his neighbourhood. As he merrily dips his way about town, his story is told through bathing and befriending. This quirky cult piece from director Frank Perry swims the unique course of suburban aquatic melodrama.

Le Révélateur – lit. ‘the indictator’, or ‘the revealer’ – marked as one of famed Frenchman Phillipe Garrel’s earliest forays into film. At the ripe age of 23, Garrel here presents an experimental montage of imagery and silence mounted in manifest response to the 1968 political turmoil triggered by France’s student revolts. Free but bookings are essential.

The crowning glory in the festival is the Friday the 13th (and Australian Premiere) screening of George A. Romero’s horror classic Night of the Living Dead (4K Restoration). This low-budget template of trailblazing film-making would set the high watermark for years to come as one of the most influential and iconic genre cinema pieces ever made. An inimitably legendary tale of terror, this zombie romp now celebrates its 50th birthday. American producer/writer/director Romero passed away last year at the age of 77. Honour his lasting legacy and head along for some scares – 60s-style. Screening 7 pm.

Week two of the season swerves towards Sweden, teeing up auteur Ingmar Bergman’s inescapably inclement Skammen (Shame) on Wednesday, 18 April. Framing a tempestuous couple (played by Max Von Sydow and Liv Ullmann) at the centre of civil war in an unnamed country, their lives are impinged upon in every way imaginable despite their apolitical inclinations. A devastating critique of the ravages of war and the inevitable uncertainty induced by violent uprooting. Screening 7 pm.

The season rounds up on Friday, 20 April with a screening of Marinetti. Following his 16 short-film productions, this envelope-pushing, kaleidoscopic mishmash heralded the first feature film for Sydneysider Albie Thoms, who would also direct episodes of the quintessentially Aussie Skippy. This visual spectacle is a homage to Italian Futurist and poet Filippo Tommaso Emilio Marinetti and documents the art circles and alternative society groups local to Sydney throughout the late 1960s. The screening will be preceded by a compilation of experimental shorts (1967-69) from members of UBU (Australia’s first self-avowed avant-garde filmmaking group). More information HERE. Screening 7 pm.

The five-session season runs from 11-20 April.

Senator Robert F. Kennedy was assassinated in June 1968 while campaigning for the Presidency. His brother President John F. Kennedy was murdered nearly 5 years earlier in November 1963.

Joe McDowell - 12 minutes ago
Just scrap it View
chewy14 - 34 minutes ago
JC, simply not correct, I'm not anti anything other than bad governance and poor decision making. Particularly when the decis... View
Ashley Wright - 2 hours ago
Julian Sortland believe already decided Canberra will use batteries rather than supercapacitors and the original vehicles are... View
Community 1

Tom Worthington - 29 minutes ago
We need a new railway station, but it would not be cost effective to put it in the city centre. It could be instead located a... View
Lifestyle 41

Nancy Olsson - 47 minutes ago
Fantastic display hmmm will visit next year. View
Sue Brooks - 2 hours ago
So beautiful. Looks like a painting. View
Heather Alexander - 5 hours ago
LoveTulip Tops gardens, so glad you have posted these wonderful pictures. View
Opinion 32

Frank Koch - 55 minutes ago
Margaret Freemantle no I don’t but I know of her and she has done well so we shouldn’t begrudge her in any way. Most peop... View
News 17

Nick Smith - 5 hours ago
Nada Krstin I'm not sure vaccines have been available for 18 months? All of these lockdowns may have been avoided if that was... View
Property 15

@The_RiotACT @The_RiotACT
Chief Minister Andrew Barr has moved to quell concerns over the level of support that will be available for businesses that will be unable to open or operate fully under the proposed roadmap out of lockdown https://t.co/Gx9KjBB0Cx (12 minutes ago)