Clandestine meetings (and good food) at The Wild Duck 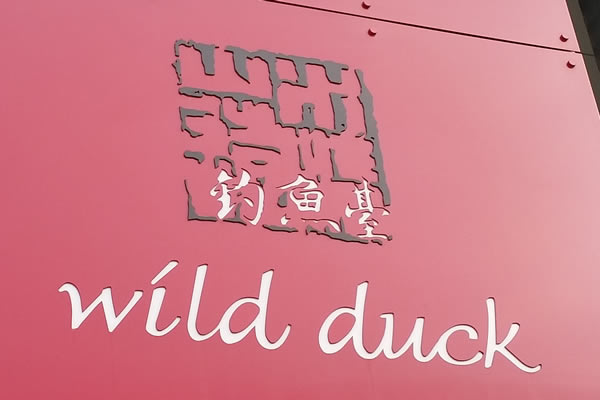 When Malcolm Turnbull and Clive Palmer were caught in the sparkly flash of a camera after a meeting that may or may not have been about senate power or potential leadership undercurrents in the Liberal Party, I was intrigued. Not so much about the topics of conversation (I wouldn’t have denied an opportunity to be a fly on the wall), but about the location.

The Wild Duck has featured on my ‘want to go’ list for a while, so I pressed my brother to take me out for lunch as it’s one of his regular business lunch haunts – so that I could get a taste of the high life.

The Wild Duck is tucked away on the Kingston Foreshore, although as more and more restaurants open up around those parts, it is less hidden.

The interior is rich and plush and I am struck by the privacy that has been created – tables around corners and behind screens… I can see why it was chosen as a good clandestine lunch venue.

Menu options run like a long wish list of tasty things I would enjoy and struck me as more of a fusion than I expected. Traditional Asian fare with some of the finer things from the Western palate.

The shanks were flaked with coconut, black bean and coriander and served with baby lettuce cups for crunch. My only criticism on these would be that there weren’t enough of them – who can stop at one? Pan seared scallops.. Need I go on? No, they were fat and lovely as scallops should be.

The honey mustard fillet steak was the dish that reminded me more of French cuisine or Aussie fusion than anything else. Generous chunks of fillet steak served steaming and delicious. The dragon cut baby eggplant was a hit with my brother but I’m not a big eggplant fan so would need to go on his recommendation. Singapore chilli prawns were tasty without being overbearing or likely to leave you breathing fire for the afternoon.

The service was friendly and quick, making it an ideal spot for a business lunch.

I can certainly see why it was a good pick for the Palmer/Turnbull pairing and unsurprisingly came away none the wiser on their conversation.

Gareth Peck - 28 minutes ago
Nathan Lofthouse what? so you're saying everything on social media isn't well researched, unbiased fact??? WTF??? View
Gabriel Spacca - 8 hours ago
Pretty sure he is not the target demographic for TikTok. View
Larry Appley - 8 hours ago
A publicity stunt from a former radio announcer? Who would have thunk? View
Property 26