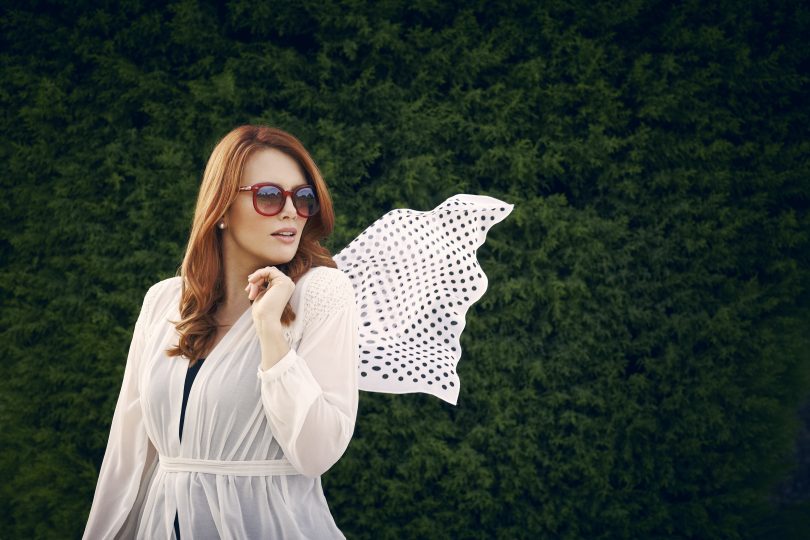 Clare Bowditch is returning to Canberra to perform for the first time in over five years. Photo: Supplied.

With the announcement last year that she would be stepping back from her role with ABC Radio, Clare Bowditch marked the beginning of a brand new period of creativity. A new album, her first book, and a string of other creative projects are seeing her rejoining the world of an artist for the first time since 2012’s The Winter I Chose Happiness.

We caught up ahead of her once-off performance at The Playhouse in Canberra this weekend, to chat all things performing, creating, and whether we ought to be anticipating something special.

The decision, to step back from radio to work on those endeavours, has it been coming for a while?

I had two extraordinary years on radio, speaking with heroes like musician Linda Rondstadt and comedian Melissa McCarthy and Joanna Lumley, speaking with politicians and thought leaders who are changing the world, I mean, what a ride! It’s the role of host, of facilitator, of student, of comforter to people who need a friendly voice and some inspiration in their life. As tempting as it is to do that for the rest of my life, after two years, I realised it was time for me to step back into my own creative work again. I still have work to do.

Your performance at The Playhouse is being billed as a standalone, one night only kind of deal. What was the thought process behind a show like that?

Well, I’ve had a while to think about it haven’t I? I mean, it’s been years between Canberra drinks! The thinking is, how can I make this one of the best nights my Canberrian friends have ever had? That’s been the starting point. From there, it’s just bloody sweat, laughter and tears until the night of the show, when we spill the beans.

And what can we expect in such an intimate setting as The Playhouse?

Such a glorious location. I hope people walk out feeling connected to something bigger; walk out feeling a little braver and a little closer to who you always hoped to be. A little more able to share the truth of themselves in the world. I hope their face hurts because they laughed so much.

I heard that you’ve written over 100 songs in the time since The Winter I Chose Happiness. Is songwriting something that just happens, as part of your everyday life? Or is it something you deliberately put time aside for and get into that certain frame of mind?

Both. I write because I have to some days, and other days because it is my greatest pleasure. It’s no biggie to write something that is sh#t and throw it in the bin and try again. If you’re called to create, the point is to just begin, anywhere.

A lot of your work seems to fall under the very broad umbrella of ‘creating’, across various media and styles. What’s it like working across such different platforms all the time?

It suits me perfectly, because I am endlessly curious and keen to work where I’m most curious and most inspired… but there are dangers therein! The greatest danger is that you jump so much from project to project that you never FINISH (it has been six years between albums, for example) so to avoid that, I need to schedule down to the wire and simplify my priorities. Family is number one, then comes the album and live performance (this is the best way to work out which songs work!), and later this year, completing my first book. Sound like a plan?

Lastly, what’s your relationship like with the city of Canberra?

One of love. Love love and more love. You better bloody show up for me Canberra because I have not forgotten you! Have you forgotten me? (So excited to see you!)

Who would you love to see perform in The Playhouse?

Lihuan Panda - 3 hours ago
from the conversations and interviews, I think some players chose not to turn up for the briefings and missed out on informat... View
Hugo Walker - 6 hours ago
Penny Ford But isn’t he rich, famous and self-entitled? Surely that should persuade the authorities to cave in to his tantr... View
Pia Kivela - 9 hours ago
Personally we are in a pandemic so we should not be having this tournament View
Opinion 20

Colleen Alchin - 14 hours ago
This situation is appalling! Forty minutes from the national capital and you need to buy bottled water to drink and wash clot... View
Tegan Gilchrist - 22 hours ago
Amy LD and the clothes!!! Swapped out all out white sheets for greys. Blazer ruined. I now fill up bottles of water from my p... View
Community 1

A little under a year ago, the ACT Government announced that e-scooters can be legally driven on shared paths and...
News 30

Groove scientist: Jon Cleary is bringing the sounds of New Orleans to The Playhouse