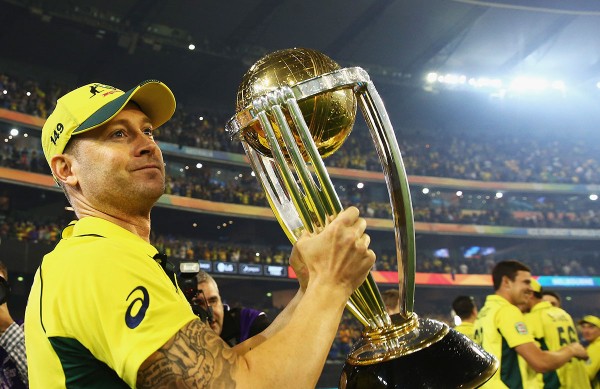 Mr Turnbull has also named an 12-man squad for the Twenty20 fixture, under the captaincy of Adam Voges as previously announced. Five of the 12 have international experience, with the ACT represented in the 12th man slot by ACT teenager Matthew Gilkes, a wicketkeeper-batsman who played at the under-19 championships.

Will Pucovski and Jason Sangha also played at the under-19s titles.

Tasmanian captain George Bailey and Queensland’s Joe Burns, who have represented Australia in both Test and limited-overs cricket, will ensure the Prime Minister’s XI has plenty of experience at the top of the order.

Fast bowlers James Pattinson (Victoria) and Daniel Worrall (South Australia) have also been named, and have both taken the new ball for Australia at international level within the past 12 months.

Every state side is represented in the playing XI, which has been selected to showcase some of Australia’s best emerging talent.

Commenting on the announcement, the Prime Minister said there was an enormous amount of new talent in the squad, along with more established players led by Voges.

“The PM’s XI cements and celebrates the deep bonds between our two countries.

National Talent Manager Greg Chappell said it was pleasing to have some of the country’s brightest young talent playing in the Prime Minister’s XI.

“Adam Voges as captain will provide a wealth of experience, having played 20 Test matches and captained the Perth Scorchers to the recent KFC Big Bash League title, as will George Bailey and Joe Burns, who have represented Australia in ODI and Test cricket respectively this summer,” Mr Chappell said.

“James Pattinson is working his way back from injury and he’s a player of significant interest to the NSP. This match is an opportunity to get him back into some competitive cricket. Daniel Worrall is also coming back from injury, and this is a chance for him to step up his preparation for the back-end of the season.”

Victoria’s Will Pucovski – who is currently on Sheffield Shield debut for the Bushrangers and broke the runs record at the Under 19 National Championships in December 2016 – is one of three teenagers named in the playing XI, alongside 17-year-old batsman Jason Sangha and 18-year-old spinner Arjun Nair, both from New South Wales.

“It’s part of the pick and stretch policy we have with our young players, to keep exposing them to more challenges at the highest level possible, to help them develop their skills,” Mr Chappell said.

“We believe that playing against a touring team and sharing the dressing room with some players that have represented their country is a great learning opportunity for these young players.”

Nair was one of the leading bowlers during the Matador BBQs One-Day Cup earlier this season, claiming 11 wickets in five matches for the Cricket Australia XI.

The match is a double-header, with the ICC’s 16th ranked nation Papua New Guinea to take on an ACT XI at Manuka Oval on the same day at 2:30pm.

Tickets to the Prime Minister’s XI double-header are available now at www.cricket.com.au/tickets

dolphin - 13 minutes ago
whatever happened to encouraging flexible working? I don't know many people who want to return to working 5 days a week in th... View
ACT Election 1

dolphin - 23 minutes ago
bit late to be submitting policies to treasury for costing... heaps of people have already voted... View
ACT Election 5

dolphin - 25 minutes ago
and Scott Morrison can't tell the difference https://reneweconomy.com.au/on-first-day-as-pm-morrison-learns-difference-betwee... View
dolphin - 28 minutes ago
Just remember that the Belco party are just a front for the Liberals trying to siphon off enough votes to get the libs over t... View
Opinion 9

dolphin - 33 minutes ago
You missed the point on this one - nothing wrong with bringing a bit of life and vibrancy into the city. it seems like you're... View
HiddenDragon - 4 hours ago
"...once again, we’re being told that the way to enhance Canberra’s vibrancy is to mimic other, bigger cities across the... View
Brisal - 9 hours ago
If it helps to revitalise another of those dingy laneways then I'm all for it. Scoff if you like but if it ultimately turned... View
Food & Wine 34

Jenny Lowes - 1 hour ago
Judy Sheargold Sure Jude, good idea. Will take that being Gospel, from Linda!! View
ACT Election 116

HiddenDragon - 5 hours ago
"Is it time the ACT got its own independent police force?" Why not - it does such a brilliant job of managing the other big S... View
A_Cog - 1 day ago
Should the ACT get its own police force? NO! It'd be run just as badly as every other ACT Govt service. Instead of buying ser... View
News 3

bj_ACT - 13 hours ago
It was always a bit funny when Turner residents were complaining about extra buses when whole swathes of suburbs lost their b... View
chewy14 - 13 hours ago
Honestly, is there anything more NIMBY than worrying about the "city coming for their neighbourhood" in an area less than 1km... View
HSewell - 15 hours ago
Good result View
News 18

What is the future for the PM’s XI?