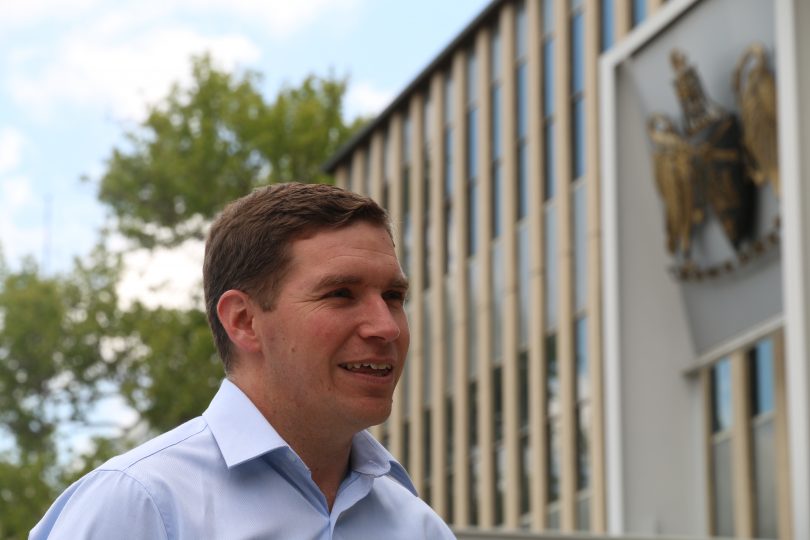 Alistair Coe outside his workplace for the last 12 years. Photo: Dominic Giannini.

It should come as no surprise that former Canberra Liberals leader Alistair Coe has pulled the plug on his political career after 12 years in the Legislative Assembly.

Despite announcing that he would stay on and serve in new leader Elizabeth Lee’s front bench after stepping aside in the wake of October’s demoralising election loss, word was he would be out within 12 months.

Mr Coe took the loss, the Liberals’ sixth straight, hard, believing right up to election night that his time had come.

It’s a great asset to be able to stay positive, but most poll watchers had written off the Opposition well before election day, deducing that a confusing set of policies that simply did not add up, a lack of depth and ultimately a campaign that degenerated into stunts would not cut it with voters.

And when it came to the inevitable media scrutiny, the Liberals reverted to robo-answers or refused to engage, hardly a winning approach in such a savvy electorate. 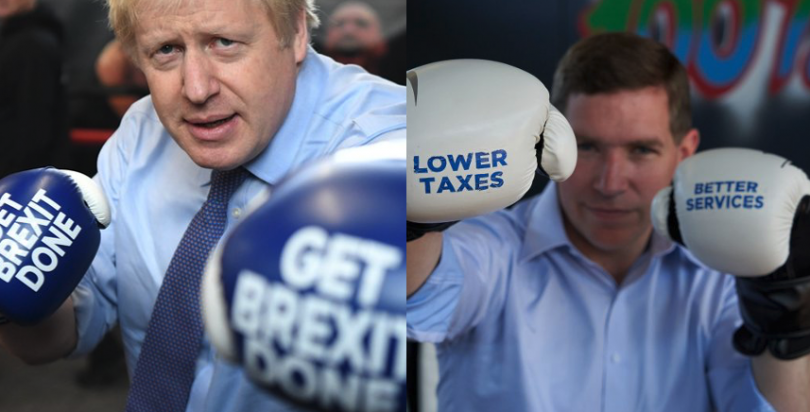 The Liberals came to rely on stunts (that had been done before). Photo: Screenshots.

Mr Coe was an enthusiastic and energetic campaigner, but he ultimately is the one who must take responsibility for the content and direction of the campaign, and he did so with grace and good temper in passing the baton to Ms Lee.

His absence will now give Ms Lee clear air, enhanced authority in the party room, and more opportunity to reshape Liberal policies and her team into a more acceptable offering to the voters they need to win over to have any chance in 2024.

Ms Lee still has one former leader on her front bench in Jeremy Hanson, having a second in such a small party room would have been challenging.

She will now have a freer hand to put her stamp on the party.

The perception of Mr Coe as a right-wing numbers man with ultra-conservative values out of step with the Canberra community also held the party back, even if the reality was more nuanced.

Some rather unfairly judged him too young for the role and lacking in gravitas.

Ms Lee should be able to dump that baggage and recast the party as a progressive force to take the ACT forward.

With Mr Coe gone, she should also be able to adopt a more flexible and pragmatic economic approach than her former leader’s stiff ideological take.

Mr Coe’s relations with the media never really warmed, with information and access tightly controlled, to the point that journalists became frustrated and baffled by the party’s attitude.

It often felt like the party had decided the media was the enemy as much as the government, a self-fulfilling belief if ever there was one.

It didn’t help that the continual sloganeering and repetition of catchwords that passed for holding the government to account offered little substance for journalists to work with.

Mr Coe also never really looked comfortable in the media glare, and the strain on his family at times must have been tough.

There was no doubting Mr Coe’s sincerity and passion in wanting a fairer Canberra or a more dynamic economy, it’s just the detail of how he was going to get us there that seemed sketchy.

It’s a style and pattern that Ms Lee will have to change, and healing the Canberra Liberals’ relationship with the media has to be part of that.

Politics has been Mr Coe’s life, and while he says he will maintain a role within the party, he rightly feels it’s time to do something else.

He admits to losing the drive to go on in politics, so a refresh in the real world is the right choice. Mr Coe says he has no plans yet, but he should be able to leverage his time in public life into a suitable and satisfying role.

Whatever Mr Coe’s political shortcomings as leader, he built a solid base in the Gungahlin electorate of Yerrabi and will be missed there.

No one can take away from him the contribution he has made to the Assembly, and we wish him and his family well in their future endeavours.

He reportedly has ruled out a return to politics, but he is still a young man. As they say, ”never say never”.

I’m not a natural Liberal / Coalition voter, more so than my partner. But you and your team have brought the game up to the current Government. I am now a swinging voter.

Who are the Canberra Liberals?

Good luck whoever you are.

Good for Canberrans too