A screengrab of the x-ray test of the excavator, which found 384 packages of cocaine. Photo: Border Force.

The extraordinary tale of Adam Phillip Hunter began with an unnamed character called the ‘Coffee Man’, stretched into Africa and ended with the Bungendore businessman jailed for about 13 years for trying to bring an excavator filled with around 300 kg of cocaine into the country.

On Friday (17 September), the NSW District Court heard the 35-year-old joined the operation to hide illegal drugs inside the excavator then have it shipped from South Africa to Australia and onto his business, Bungendore Landscape Supplies.

Judge Andrew Colefax said Hunter and his business were in significant financial difficulties in early 2019.

Utility bills were overdue, he had no funds left on his credit cards, and he could not even afford basic living expenses.

But an unnamed regular client of his, known to the court only as ‘Coffee Man’, with whom Hunter used to share coffee in Bungendore, learned of these money problems. 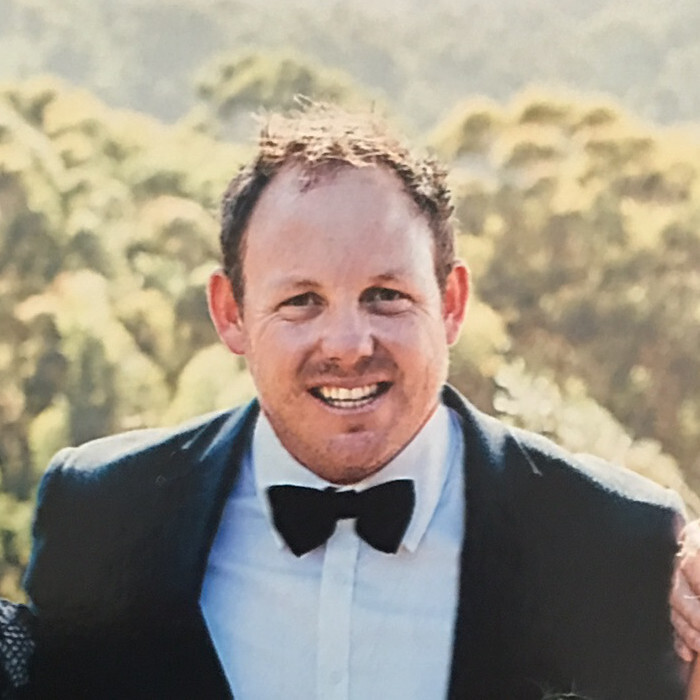 Judge Colefax said, “in some unexplained way”, Coffee Man was apparently associated with a criminal syndicate who wanted to import cocaine from South Africa to Australia, and he recruited Hunter into the scheme.

Arrangements were made and Hunter paid $50,000 to an enterprise in South Africa to purchase a refurbished 20-tonne excavator. That entity arranged for the excavator to be shipped to Australia containing concealed packages.

Hunter was in frequent contact with a freight forwarding company regarding its progress and arranged for the excavator to be delivered from Port Kembla to his business in Bungendore on 11 July 2019.

As it was discovered to be unusable due to mechanical and electrical issues, the original plan of the criminal syndicate hiring it and taking it away to remove the cocaine couldn’t go ahead, so Hunter decided to remove the bags himself.

He tried to recruit a couple of associates to help him cut into the machine, including offering a welder $30,000 to give him a hand, but both declined.

Eventually, Hunter and another man, who cannot be named, set up scaffolding before the unnamed man used an angle grinder to cut into the excavator’s hydraulic arm. They then began to remove the bags and place them in plastic tubs.

But their success was short-lived. A few minutes later, the police arrived.

When the excavator had arrived in Australia in June 2019, authorities seized it and found 384 blocks of cocaine hidden in the arm weighing about 332 kg. The pure cocaine weighed about 276 kg.

Police replaced the drugs with an inert substance and watched as the excavator was delivered.

Judge Colefax said when Hunter made the $50,000 payment, he knew a significant amount of an illegal drug would be concealed in the excavator and brought to Australia, but he did not know it was cocaine specifically.

“You played a significant and key role in the operation,” he said.

“[You] engaged in this enterprise in the expectation of receiving a substantial financial benefit.”

Judge Colefax said the father of four had been a “hard-working man” for his adult life and had been held in high esteem in his community until his offending.

He also said Hunter had shown remorse but found issues with many parts of his evidence.

“At face value, the expressions of remorse were powerful,” he said.

“However, the full effect and benefit of those expressions of remorse are considerably offset by the concerns that I have regarding various aspects of your evidence which, as I have already said more than once, were implausible, to be approached with circumspection, or were not true.

“In these circumstances, I am not satisfied, on the balance of probabilities, that your expressions of remorse are genuine – although I have no doubt that you are sorry at the position you find yourself in.”

Hunter pleaded guilty to a charge of attempting to import a commercial quantity of a border controlled drug, for which the maximum penalty is life imprisonment.

He was jailed for 12 years and nine months, ending in 2032. His non-parole period of eight years and three months was backdated to take into account the time he has already spent in custody.

He will be eligible to be released from jail in October 2027.

A ludicrous sentence for what he did. Under Commonwealth law he faced a life sentence. Instead he’s able to get parole after 8 years.

The reward certainly outweighs the risk for importing illicit substances…

I always think sentences for this sort of thing should be calculated as potential illegal profit divided by average income, to give the sentence in years.

I do smile when in court cases I hear of “had shown remorse “.

Surely the remorse is simply because they get caught ,and is only used as a ploy by the defence lawyer.

I’d be thinkin there would be very little remorse if there was no court appearance, and in this case enjoying the cash from a massive 300kg cocaine haul.