Committee announces inquiry into building quality in the ACT 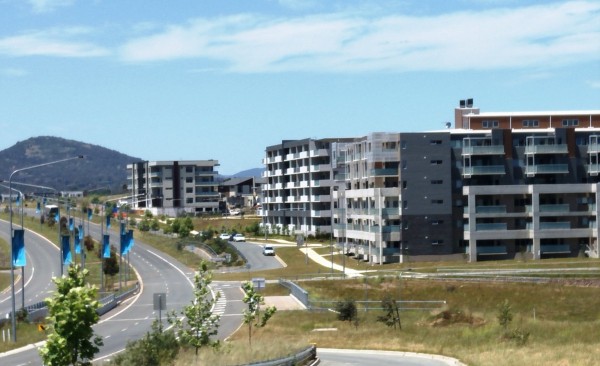 The inquiry is in response to the increasing amount of medium and high-density housing in the ACT. File photo.

A Legislative Assembly committee is to inquire into building quality in the ACT in response to growing concerns about the number of apartment developments in the ACT.

Chair of the Standing Committee on Economic Development and Tourism Jeremy Hanson said the Committee would inquire into and report on the quality of new buildings in the ACT and any potential or actual causes of poor building quality in the ACT.

“There has been concern in the community for some time about building quality, particularly newer apartment developments. As Canberra’s population grows and more housing, including medium and high-density housing, is constructed, it is important that our community has a robust regulatory framework governing building quality,” he said.

Mr Hanson said that poor building quality could cause significant stress and losses to owners and occupiers.

“The need for rectification works can also impose significant economic costs on the construction industry and the ACT economy,” he said.

The Committee has released a discussion paper to provide those interested in making a submission with some background on the current regulatory regime and some of the key issues that they may wish to consider.

Under the inquiry’s terms of reference, the Committee will consider:

1. The certification regime for the building and construction industry including:

a) Review by certifiers of the initial building plans;

b) Compliance by builders with the building’s approved construction plans;

c) The adequacy of regulatory mechanisms to ensure compliance with approved construction plans;

d) The role of inspections and audits in the regulatory process; and

e) The appropriateness of current practices for appointing certifiers, including addressing the potential for conflicts of interest.

2. The merits of standard contracts or statutory requirements in contracts covering build quality.

a) The breadth of the occupational licensing regime in the ACT; and

b) The suitability of ongoing skills education and practices within the industry.

4. Processes and practices for the identification and rectification of defects including;

a) Current mechanisms available for defect identification and redress;

b) The effectiveness of those mechanisms to ensure rectification in instances where standards have not been met;

c) The adequacy and accessibility of those mechanisms especially for individuals or body corporates; and

d) The effectiveness of efforts to address “phoenixing” – the transfer of assets from an indebted building company to a new one to avoid paying its liabilities.

5. The cost effectiveness of current building compliance and defect rectification practices for industry, government, individuals or body corporates, and the potential for the introduction of alternative dispute resolution mechanisms.

7. The regulatory setting or practices in other jurisdictions that could inform consideration of any of the above.

8. Personal experiences that could inform consideration of any of the above.

9. Any other relevant matter.

The Committee will not be inquiring into compliance with approved development applications.

Master Builders ACT chief executive Michael Hopkins said the MBA welcomed the inquiry and follows calls from the MBA over the last decade for government to improve the building regulatory system in the ACT.

“While the inquiry is underway we also call on the Government to not delay implementing the 43 building quality recommendations that were announced by Minister Gentleman in 2016. These reforms will introduce consumer and industry protections which are vital to the sustainability of the ACT’s economy,” he said.

Written submissions should be lodged by 6 July 2018. For further information go here.

Geoff Langridge - 52 minutes ago
lets go off science not some woo-woo idea that plants could be more sentient because we apparently "dont understand them". If... View
Henry Rocek - 53 minutes ago
Gawd, after reading all these comments I’m off to KFC! 😂 View
Dean Newman - 1 hour ago
Geoff Langridge It is all relative. Put some fish in the blender or some oat grass. Same thing, both are living. A stab to a... View
Business 7

Archie Mac - 6 hours ago
My uncle told me in climbed the fence as he couldn’t afford to pay. Said he walked in just in time to see Bradman walking o... View
Louellyn Violet - 18 hours ago
How about the Giants playing in the snow? View
Andy N Bev Esler - 1 day ago
you could clearly hear from the boundary Brian Stratham, the bowler who bowled out the Don for 4 runs, appealing for a No Bal... View
Business 2

Lucian Burca - 15 hours ago
Elizabeth McLennan in the last 6 years while I was flying with Qatar and Emirates it was metal cutlery on board. View
Andrew Dale - 19 hours ago
Probably more actually. It's $10 for 1000 plastic forks. I think it $40 - 50 for wooden forks. Oh well we will all have to in... View
Julia Ross - 19 hours ago
Nick James funny, so's mine. View
Opinion 4

@The_RiotACT @The_RiotACT
Dargues Gold Mine near Braidwood will soon have new owners, as issues with noise + deteriorating roads continue https://t.co/Bx60Ezu4Z2 (39 minutes ago)

@The_RiotACT @The_RiotACT
Defence has confirmed it did not radio the location of the Orroral blaze to the ESA immediately as radio traffic focused on the crew's safety https://t.co/roYKCgXfeZ (3 hours ago)