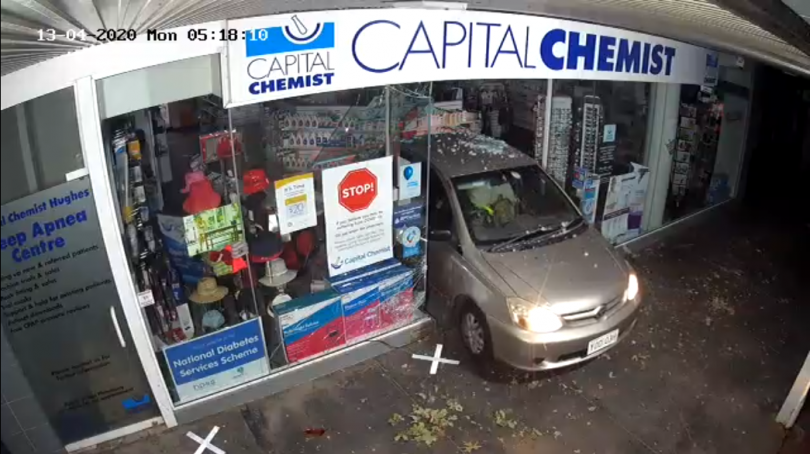 Jacob John Williams-Savage has been jailed over a ram raid at the Capital Chemist in Hughes on 13 April 2020. Image: Screenshot

A ram raider was “completely off the rails” when he embarked on a crime spree across Canberra, including using a car to smash his way into a chemist.

Jacob John Williams-Savage, 31, was jailed for up to eight-and-a-half years when he was sentenced in the ACT Supreme Court on Thursday (14 October).

He had been found guilty of several charges after a six-day trial and pleaded guilty to others committed in April 2020, including burglary, attempted burglary, theft and damaging property.

First up, on 5 April, Williams-Savage tried to open the door of the Quintessence Nail and Beauty salon in Page at about 3:00 am with a crowbar before using the tool to smash a glass door and driving away.

At about 4:40 am, he forced his way into Domino’s Pizza in Florey and attempted to open a safe with a crowbar but failed. He returned to the store with another man on 8 April at about 2:00 am, forced his way inside and used a cordless angle grinder to take the door off the safe, stealing $7560 in cash.

At about 5:30 am on 12 April, Williams-Savage broke into Domino’s Pizza in Fyshwick. He tried but failed to open a safe.

He broke into the Yarralumla Pharmacy early the next morning and stole medications, a cash register and children’s toys at a total value of about $1500.

At about 5:20 am the same morning, he ram raided the Capital Chemist in Hughes by reversing a Toyota Echo through the front glass doors of the store. He stole a range of medications, including four boxes of Valium, as well as a shower chair and stool valued at a total of $150.

Shortly afterwards, he also ram raided the Capital Chemist in Garran by again reversing the Echo through the store’s front sliding doors. He stole $2800-worth of medications, including 11 boxes of Viagra. 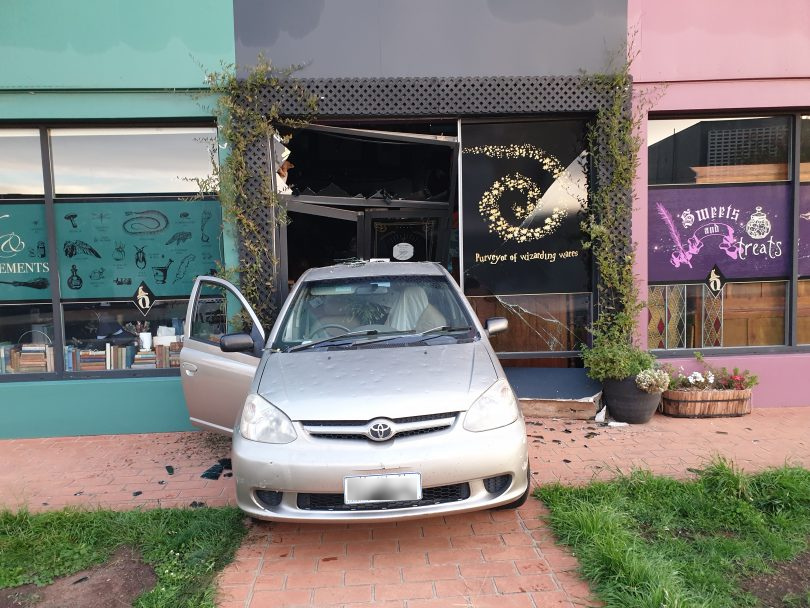 Quizzic Alley in Fyshwick was among the targets of Williams-Savage. Photo: Michael Milton.

He committed two more ram raids in Fyshwick that same morning at Uneke Furniture, where he stole a green vase with flower ornaments worth $117. He abandoned the car after backing it through the doors of Quizzic Alley in Fyshwick, leaving it stuck in the doorway.

Finally, he broke a window to get into the Howard Revell Steering Service in Fyshwick and stole a cordless rattle gun and a snap-on scanner tool, worth $3700. 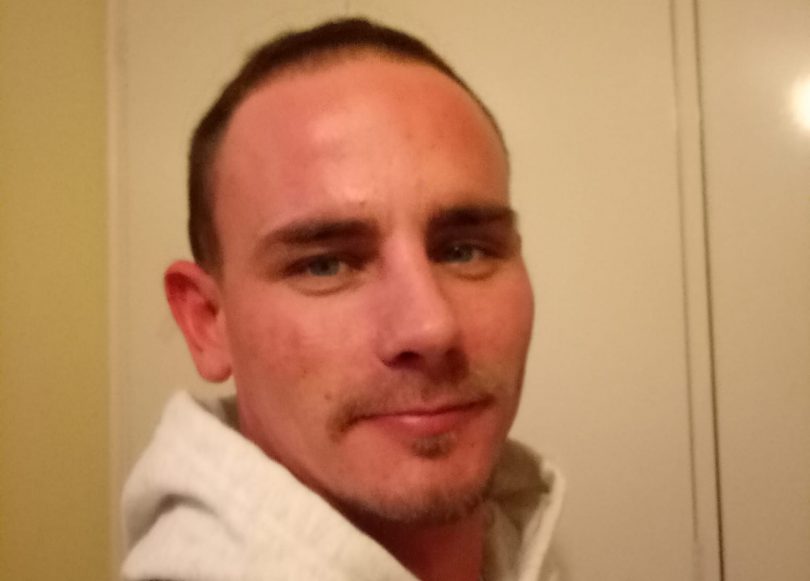 Jacob John Williams-Savage, 31, has been jailed for up to about eight years. Photo: Facebook

Justice David Mossop said Williams-Savage had gone “completely off the rails over a relatively short period”.

He said the father of four worked as a traffic controller and had lived with his grandmother in a hotel before he was taken into custody on 18 April 2020.

Justice Mossop said when he had moved into the hotel, he “turned to drugs and felt the world was against him”, and that his crimes were related to his return to illegal drug use.

Williams-Savage was jailed for eight-and-a-half years ending in October 2028, with a non-parole period of four years which means he is eligible to be released in April 2024 when backdated. He was also disqualified from driving for two years.