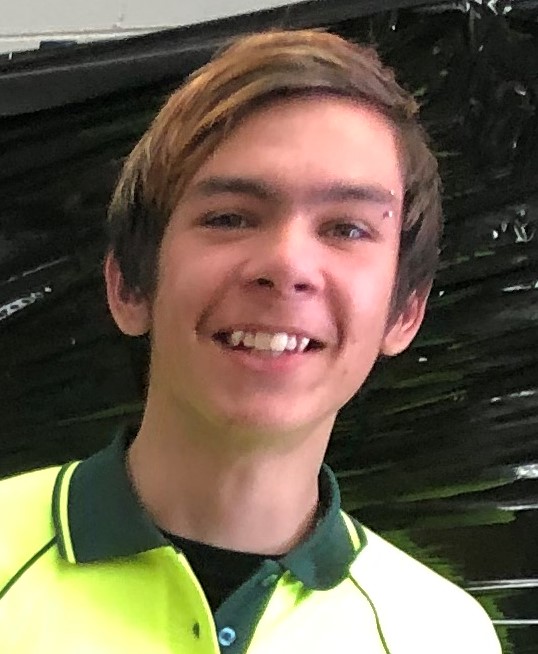 There are concerns for the safety of a Canberra teenager who has been missing for more than two weeks.

William Hawkins, 16, has not been seen or heard from since Wednesday, 22 January.

He was last seen in Belconnen.

An ACT Policing spokesperson said they are seeking the public’s assistance to locate William.

“He is described as being of Aboriginal and Torres Strait Islander appearance with an olive complexion, 170cm (5’7”) tall, with dark hair, brown eyes, and of slim build,” ACT Policing said.

“Police are seeking to locate William as there are concerns for his safety, but would like to reassure him that he is not in any trouble, and are requesting the public’s assistance in locating him.”

Anyone who may have any information that could assist police in locating William is urged to contact ACT Policing Operations on 131 444, quoting reference number 6494408.

Jonté Hanson - 59 seconds ago
Yes, felt in throsby View
Jancey Willis - 1 minute ago
Haloti Moli tell them it was only you brother .. 💨 😂 View
Mouna Nchouki - 9 minutes ago
My bed nudged it got me up real fast ! View
News 79

Les Wells - 5 minutes ago
Julie Macklin This is NSW Trains that serves Canberra, which is a separate entity to Sydney Trains and the Metro network. View
Julie Macklin - 6 minutes ago
Les Wells I am surprised that more working aged people in Sydney don't catch the train, and that they are less than 50% of th... View
Oan Nbn - 46 minutes ago
Best is to have a train route to Yass and connect to National Line from Kingston- Yarralumla- BELCONNEN- Spence and follow Ba... View
Community 65

Tracy Lea - 25 minutes ago
They are not ‘stealing’. The rocks are hidden with a message to keep OR re-hide.... View
Opinion 7

Ben Garden - 56 minutes ago
How about we get something that’s actually fast like formula one rather than a car I can beat in a drag race in my daily dr... View
Naomi Breasley - 3 hours ago
Sounds teriffic, It will never happen too many Kevin's & Karen's. People's reaction to Summernats is a clear indicator of som... View
Community 11

@The_RiotACT @The_RiotACT
A major apartment #development has been unveiled for the northern gateway to the Molonglo Valley suburb of Coombs that focuses on #sustainable, green features https://t.co/7v4smSFPQJ (45 minutes ago)

@The_RiotACT @The_RiotACT
Did you feel the earth shake? We've got reports of tremors across Canberra, and as far as Batemans Bay and Braidwood. More to come, but tell us what you felt https://t.co/zu4C8IoIqn (1 hour ago)