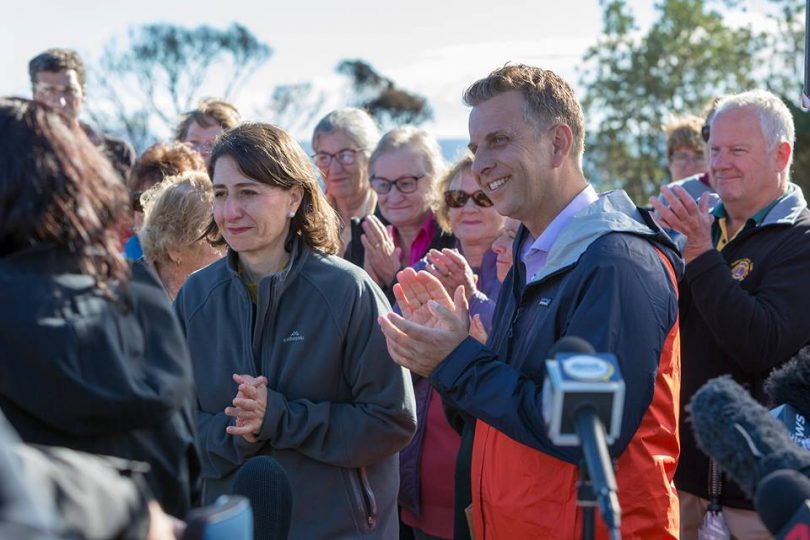 Member for Bega and NSW Transport Minister, Andrew Constance has rejected claims he is gearing up to stand in the seat of Gilmore and switching from state to federal politics.

NSW Shadow Treasurer, Ryan Park has suggested pre-recorded ‘robocalls’ to residents in the Eurobodalla, Shoalhaven, and Kiama-based seat reveal that the Liberal Party is canvassing support for Mr Constance.

Gilmore will be vacated by the current Liberal Member Ann Sudmalis at the next Federal Election. Ms Sudmalis announced her retirement from parliament in sensational fashion in September claiming she had been the victim of branch stacking and bullying within her party.

With Gilmore on a knife edge, NSW Labor is stirring the pot.

“As the people of NSW and Bega look to choose who represents them for the next term of government, one of Ms Berejiklian’s senior Ministers is jumping ship,” Mr Park says.

“The Transport Minister continues to treat the people of Bega and NSW with contempt.”

“I have registered as a candidate for Bega at the March State Election,” he says.

“And apart from that the federal executive of the Liberal Party have closed the Gilmore preselection process and my name wasn’t in there.”

According to The Australian, leaked Labor polling lists Bega as one of six Coalition seats where Labor is ahead in the polls.

Mr Constance has held the seat since 2003 and comes to election day with an 8.2 per cent margin.

The gap is much close next door in Gilmore, where Ann Sudmalis beat out Labor’s Fiona Phillips in 2016 by 1,500 votes or a 3 per cent margin. Ms Phillips is contesting the seat again in 2019.

Brindie - 10 minutes ago
If paid parking was introduced at this venue, users would simply park their vehicles in the nearby streets of Wright and then... View
enjayjay - 1 hour ago
Have you been there? Its would have more participation than ANY other sport in the ACT - every single day - not just weekends... View
enjayjay - 2 hours ago
Have you even been there? Thousands of people use it every day. It draws people from all over australia and contributes milli... View
Sport 1

mathiaseverson - 13 minutes ago
Great to have Bayley as part of our team here in CBR and representing us in Poland! View
Opinion 94

@the_riotact @The_RiotACT
The ACT has recorded 24 new #COVID cases - the same as yesterday. Earlier this morning, Federal Health Minister Greg Hunt announced that 70 per cent of the eligible Australian population was fully #vaccinated https://t.co/6nHVps2YUs (35 minutes ago)