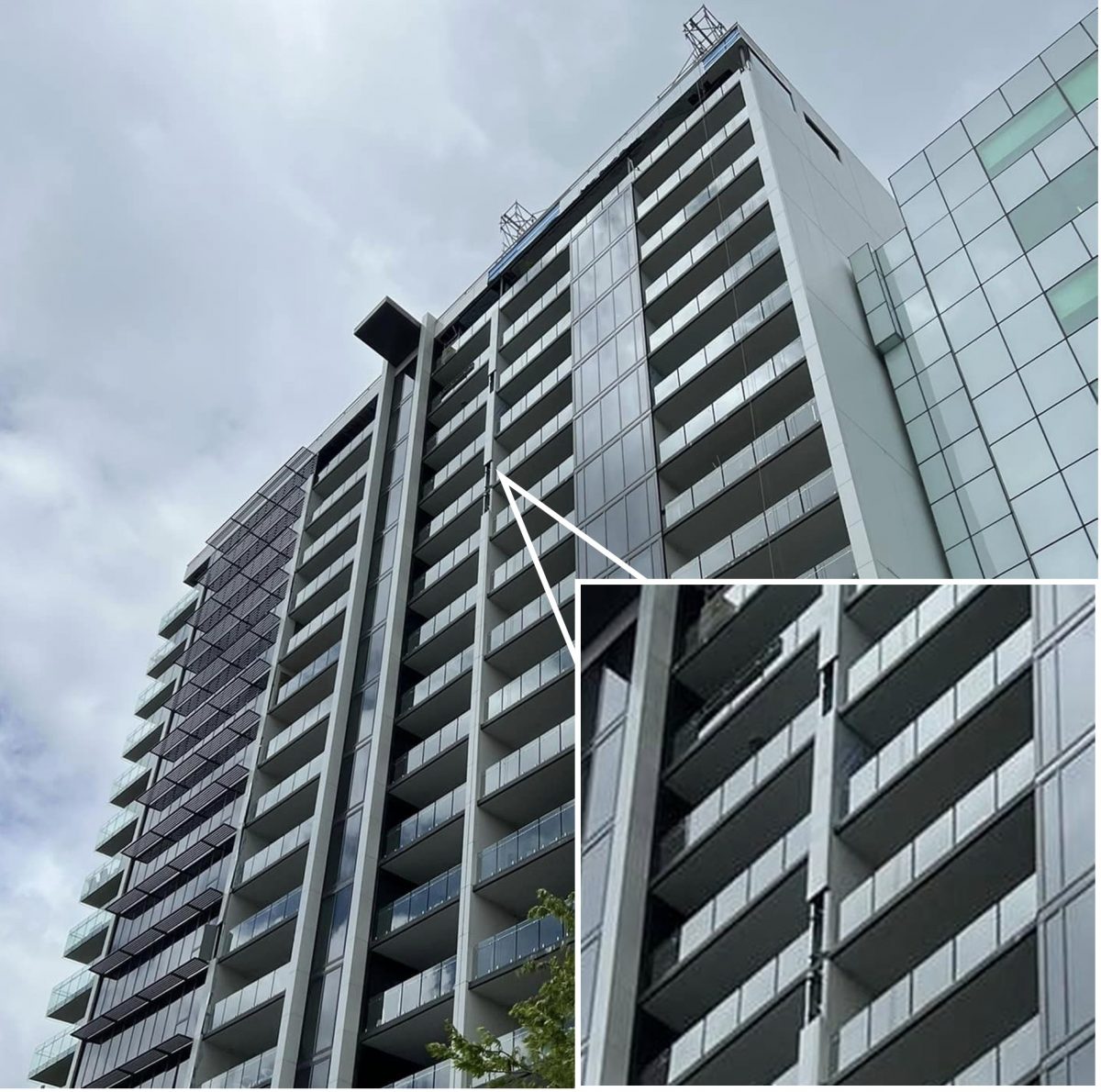 Cladding missing on Manhattan on the Park. Photo: Glenn Markham.

The contractor tasked with replacing the combustible cladding on the Manhattan apartment building in Civic has assured residents and passers-by they have modified the way they fix new pieces. This is to avoid a repeat of last week when strong winds ripped off three pieces of cladding.

Photos and videos surfaced on social media from 4:30 pm on Friday, 28 October, which showed three pieces of cladding – at least a metre tall each – falling off Manhattan on the Park to the street below. A fourth piece also detached but got no further than the adjacent balcony.

A post to the Canberra Notice Board Group on Facebook read: “Akuna Street, Civic, closed as cladding is falling off Manhattan apartments in the wind. Avoid area.”

Police were called to the scene shortly afterwards to block public access to the surrounding area.

“ACT Policing established a small cordon around the Manhattan Apartments building in Bunda Street, Canberra City, to assist with public safety after some panels had fallen from the building,” an ACT Policing spokesperson said.

A man was arrested for trying to steal a traffic cone but was released a short time later without charge.

Manhattan on the Park was built by Amalgamated Property Group and Chase Constructions, and was completed in August 2013. The 16-storey building comprises 330 residential apartments, a swimming pool and spa, and a fully equipped gym. Retail and commercial spaces take up the ground floor, with two levels of car parking underneath. 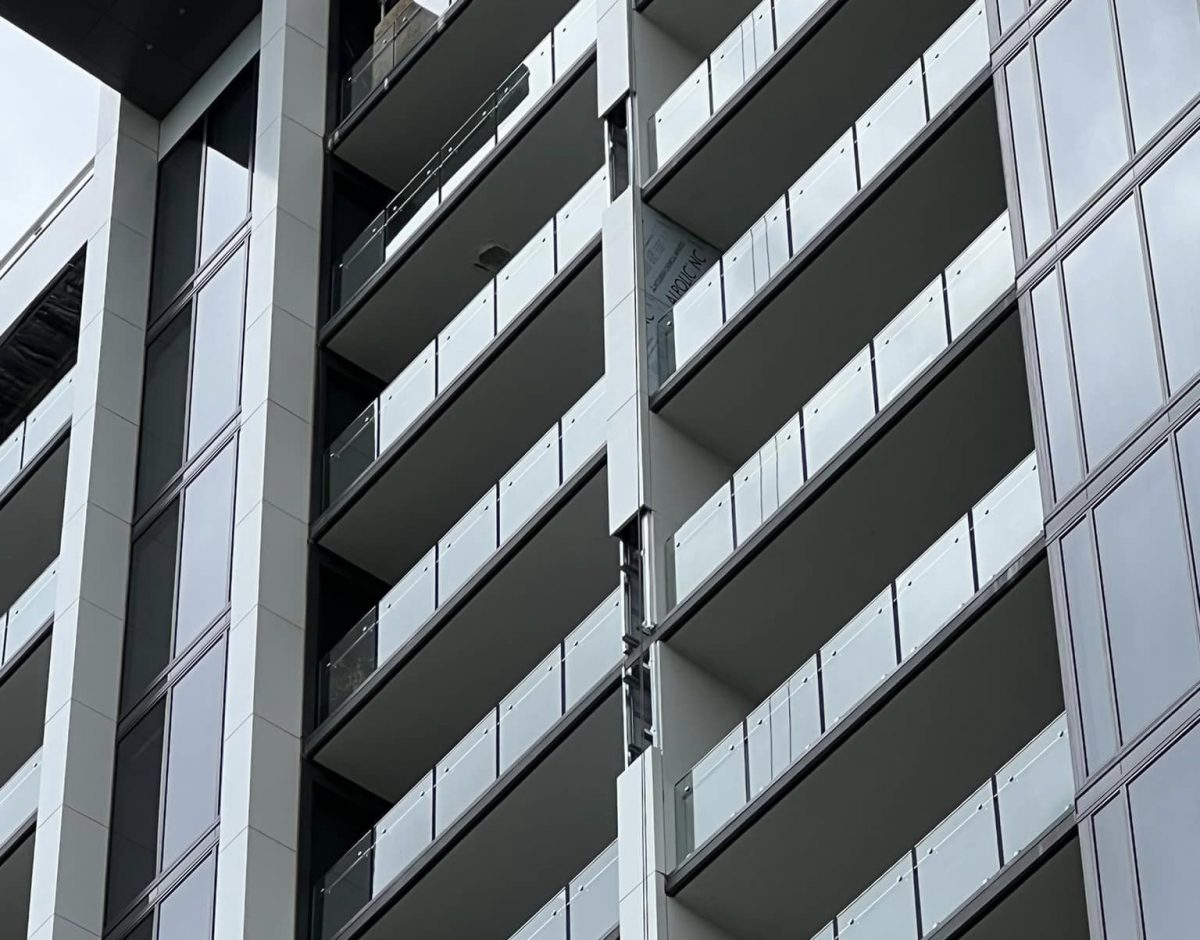 It won the Australian Property Institute Excellence in Property Development Award and the Master Builders Association Excellence in Apartment and Units Four Storeys and Above Award in 2014.

When the Grenfell Tower social housing block in London caught fire in 2017 killing more than 70 people, builders and property managers around the world realised the fire danger posed by cladding with a polyethylene (PE) core. This can catch alight and melt at relatively low temperatures.

More than 100 buildings in the ACT were assessed in 2021 and found to contain several types of combustible cladding. Two of these types were used during construction of Manhattan on the Park.

Earlier this year, the ACT Government announced a $50 million concessional loans scheme for owners’ corporations to replace the cladding. The body corporate contracted Project Coordination for the job.

Project Coordination managing director Gavin Murphy said the replacement project comes with challenges but is progressing well towards a finish in early 2023.

“The building has more than 300 residents and we have to access most of their balconies to do the work, so a time has to be arranged that suits each resident,” he said. 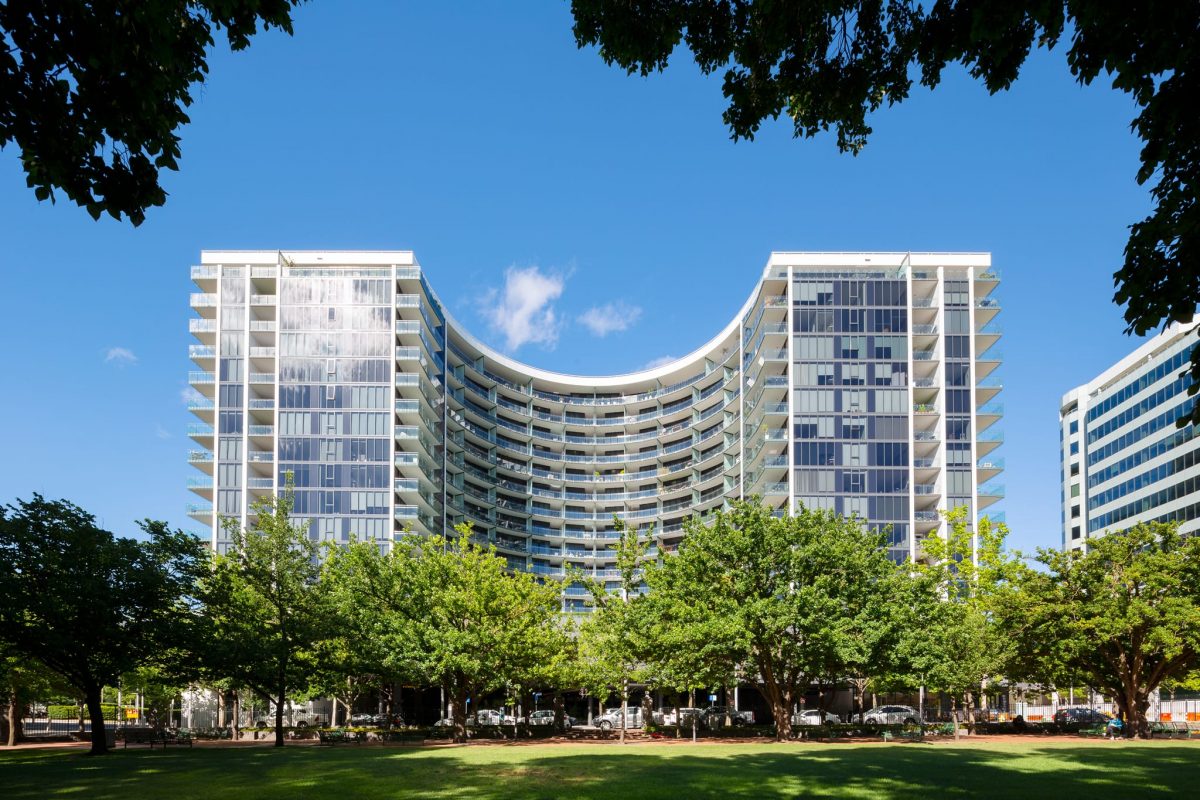 Mr Murphy said what happened on Friday was a freak accident caused by the recent extreme weather.

“Even though a person couldn’t physically pull those sheets off, the high wind got in behind them and just flicked them off.”

Each piece of replacement cladding is four millimetres thick and weighs about two kilograms. All three pieces were recovered.

ACT Fire and Rescue took control of the site and removed several other facade panels that appeared at risk of detaching. Inspectors from Worksafe ACT attended the scene, and after a make-safe inspection and brief closure, the site re-opened and no prohibition notices were issued. Project Coordination’s workers were back on Monday.

“We’ve changed the sequence of how we install the insulation and cladding to make sure it doesn’t happen again,” Mr Murhpy said.