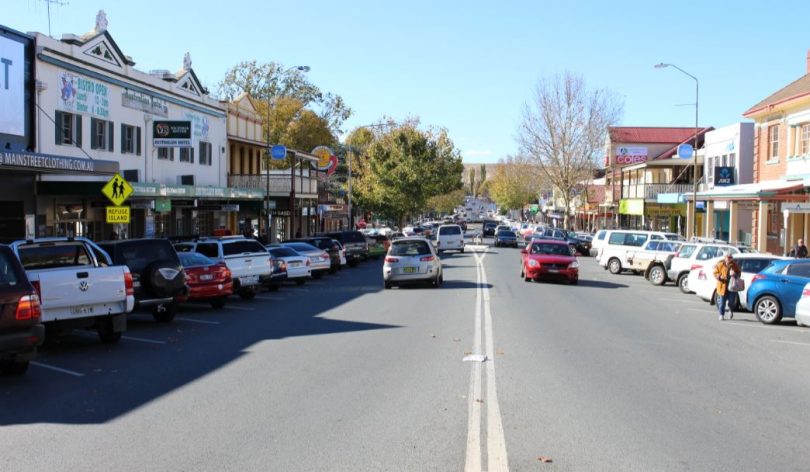 A gynaecologist who worked at Cooma Hospital in the mid to late 1990s is being investigated following patient safety concerns.

NSW Health has launched an independent review into the work of Dr Emil Gayed, who worked at Cooma between 1994 and 1999.

Earlier this month, the NSW Civil and Administrative Tribunal found Dr Gayed guilty of professional misconduct in relation to his treatment of patients at Manning Base Hospital where he worked from 1999 until February 2016 when his employment was suspended.

The tribunal has banned Dr Gayed from practising medicine.

The four hospitals identified were:

Gail Furness SC has been appointed to conduct the inquiry and will be assisted by Dr Greg Jenkins, a specialist obstetrician and gynaecologist. They have been asked to report back to NSW Health before September 30.

“Ensuring our patients receive quality and safe care is our priority and I am very sorry that this has not been the case for some women treated in the past by Dr Gayed,” Dr Lyons says.

“Our focus is on ensuring any woman with concerns about the care she may have received under Dr Gayed is provided with advice and any appropriate follow-up assessment.”

The inquiry will look at the management of complaints, adverse events or performance issues relating to Dr Gayed and subsequent action taken by each Local Health District.

Each of the four hospitals will make direct contact with any patient who has previously raised issues or complaints regarding treatment by Dr Gayed.

The ABC is reporting that complaints against Dr Gayed include gynaecology surgery without informed consent, a failure to diagnose a 10-week pregnancy, and the unnecessary removal of a patient’s ovary, damaging her ureter in the process.

It’s reported that 30 other complaints have been made against Dr Gayed over the course of his 26-year career, nine at Cooma Hospital and a further 25 or 26 at Mona Vale Hospital, according to the ABC.

Dr Lyons is encouraging anyone else with concerns about the treatment they may have received to call a dedicated telephone line set up at each of the hospitals.

“A senior clinician will be available to answer questions and make any appropriate referrals for follow-up care,” Dr Lyons says.

The Dr Gayed hotlines are:

Outside of this situation, NSW Health recommends that anyone concerned about their clinician visit the Australian Health Practitioner Regulation Agency, whose online register of practitioners has accurate, up to date information about the registration status of all registered health practitioners in Australia.

Daniel Palmer - 1 hour ago
Minus the fires, has me stumped why. View
The Garden, botanicus perfectus - 4 hours ago
Ann Gottaas View
Dee Small - 5 hours ago
Saw a young one on the O’Connor ridge yesterday... View
Lifestyle 16

aussie2 - 5 hours ago
Here is another for the "shopping list". It is government responsibility to ensure its citizens have access to pools and othe... View
2902 - 8 hours ago
Imagine the money one could make building apartments on this site, right out the front of the proposed light rail track View
ChrisinTurner - 8 hours ago
There is not enough attention to maintaining services in areas with dense populations. The government seems to be working on... View
Opinion 75

@the_riotact @The_RiotACT
Have you been shocked by your latest #electricity bill? One Bonner resident saw her last quarterly #bill soar $1000, and she's not the only one https://t.co/0fib4XxA9r (1 hour ago)