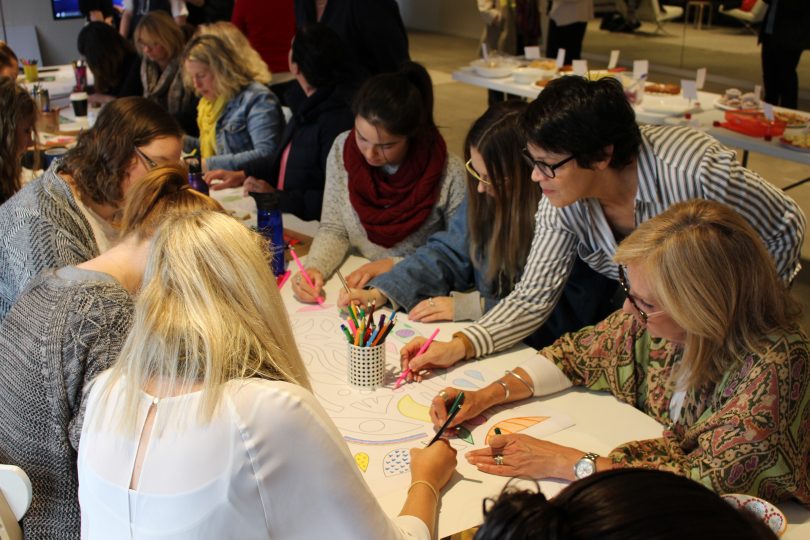 A group of high school students from Cooma have inspired a fresh approach in the ongoing campaign against family violence.

The “Colourathon” will be launched nationally on Thursday at the National Gallery of Australia (NGA) by 2015 Australian of the Year and domestic violence campaigner Rosie Batty.

Female students from Monaro High School have been fine-tuning the idea this year with Cooma-based fashion house Birdsnest.

The campaign is backed by Project O, a national program run by BighART that works with girls aged 12 to 15 years, building new skills and capacity and inspiring young woman to be change makers.

The group of 20 girls from Cooma have developed “Colourathon for Corporates” – kits which come packed with everything a business needs to host their own event.

“An arts endurance event, where every hour of colouring-in is sponsored and raises money for trauma therapy services for young children fleeing violence and needing crises care.”

Businesses are asked to buy a kit as a workplace team building exercise and in turn, raise money for the Australian Childhood Foundation.

The Foundation rolls out a play-based therapy program in women’s shelters, helping children fleeing violence understand and process the world around them.

“The average age of a child fleeing violence is two and a half years old, this therapy helps children who can’t talk or express their feelings like adults,” Genevieve says. 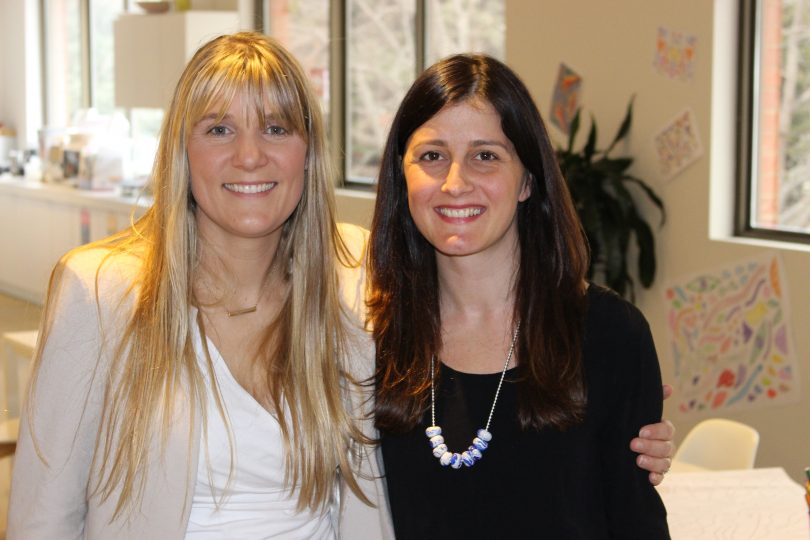 The students themselves say they have been surprised to learn about the issue.

“I hope this [The Colourathon] will show people that it is happening and it needs to stop,” says Georgia’s friend Brooke.

“Hopefully we raise money to help them [children] get through it and find more support through play-based therapy,” Georgia adds.

The add-on to BighART’s Project O initiative for the Monaro girls is the opportunity to be mentored by the innovators and entrepreneurs that make up Birdsnest – winner of the ‘Best Online Customer Service Award’ at the Online Retail Industry Awards in 2015 and 2016 and BRW Australia’s 8th ‘Best Place to Work’ for companies with 100 employees or less in 2015.

“It’s such a great opportunity for them to realise that they can create change even when they are young and at school,” Jane says.

Students were embedded in Jane’s company for a ten-week period, mentored by staff in event management, product development, publicity, design, logistics, and a range of other business skills.

“It’s a massive company and it’s amazing that we are able to have workshops here,” young Brooke says.

‘We are so lucky that we have this experience, to meet all of the staff and learn new things from them,” she adds.

“People need to come to work feeling nurtured, and they need to look after themselves in order to be of service to anyone – whether that’s in the workplace or to their families,” Jane says.

“If the family environment is not a safe and nurturing place it’s very difficult to then come into a workplace without that very basic foundation that humans need to operate.” 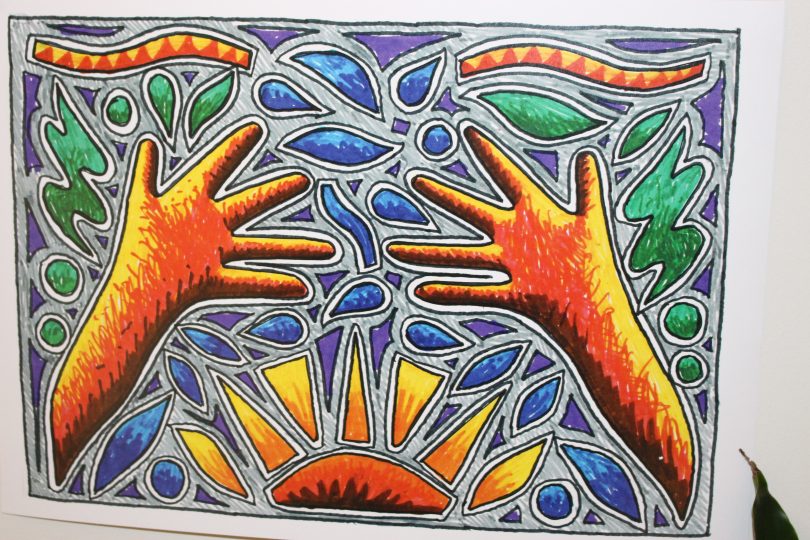 To run your own Colourathon or sponsor the Project O team head to Start Some Good.

The Colourathon at the National Gallery of Australia in Canberra will run from 9 am-9 pm this Thursday (November 30), and the community is invited to drop by and pick up a pencil.