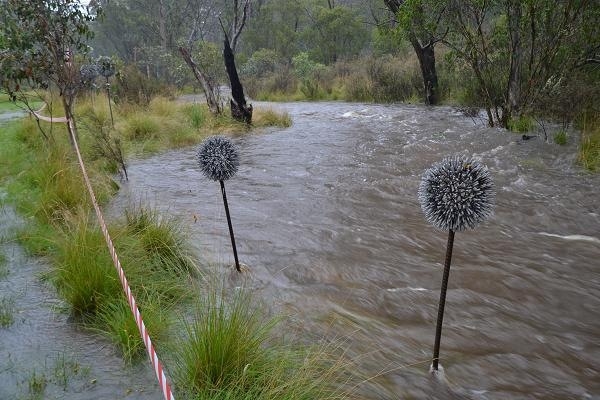 The Corinbank team have sent through details for their second bite at running a festival this year after record rainfall forced a much lamented postponement earlier this month.

Rain will not dampen the Corinbank spirit and – after copping an unprecedented 370mm in the Brindabellas over the scheduled festival week – Corinbank is making a courageous comeback from 30 November – 2 December 2012 to give patrons the immersive experience they know and love. All purchased tickets are valid for the new date.

Corinbank’s inclusive celebration of life, music, art and creativity has earned it a strong allegiance, which saw an outpouring of generosity following the agonising decision, made a day before the festival, to postpone the event to ensure the safety of patrons.

“Everyone’s been fantastic” said General Manager Amy Moon. “We’ve had offers of support from artists and musicians as far afield as New York, our suppliers have been very cooperative, and we’ve received nothing but praise from our patrons for what proved to be the correct decision to postpone with no complaints or requests for refunds from unhappy campers. It’s unheard of in the industry, and we’d sincerely like to thank our loyal patrons for their support”

This show of support is confirmation of the unforgettable experience that Corinbank has delivered over the past three festivals. Corinbank 2012 [Take 2] will be no different, promoting Australian bands and artists, exposing people to new ideas, and showcasing the beautiful Brindabella Mountains. The new line-up will be announced in due course.

To alleviate the anticipation and make the wait a little shorter, Corinbank is partying from now until November at a series of Sunday sessions. Details will be provided shortly. 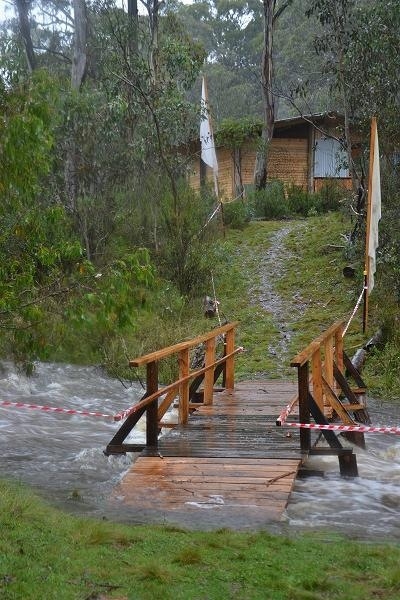 Please get Blackalicious to play at the next one.

Happy days! Do the organisers have any idea as to whether any of the bands that were in the previous line-up will be fronting up again?

Hey Crocodile Gandhi! Currently it’s too early for bands to have their touring schedules locked in so we can’t confirm any artists at present. We are approaching all of the bands originally booked to play (and some who weren’t!) currently. As soon as we know, you guys will

Happy days! Do the organisers have any idea as to whether any of the bands that were in the previous line-up will be fronting up again?

SJ Killer - 5 hours ago
Luke Ashe those articles are totally non-related, different areas, different dates, different contexts, click bait, and one i... View
Kriso Hadskini - 6 hours ago
Speculators are buying property that should be for families. And if you are obscenely wealthy why would'nt you? 10% a year in... View
Beck Bianco - 7 hours ago
Probably because Canberra is no longer affordable so people move to drivable towns outside of Canberra View
Property 20

Ben Keaney - 7 hours ago
Also if they are not in the numbers that the anti-brumbies say, what do you think a maximum brumby population should be? Sure... View
Ben Keaney - 7 hours ago
Di exactly how do brumbies keep the fuel load down? Do they eat fine forest fuels such as sticks and leaves? Or Perhaps its t... View
Di Hunter - 10 hours ago
Jackie Hattingh it’s actually proven that they don’t and it is also proven that they are not in the great a numbers as th... View
News 7

Brian Myerson - 19 hours ago
Your article does not mention that every person in Canberra should be extremely proud that almost every year they achieve one... View
show more show less
*Results are based on activity within last 7 days

@The_RiotACT @The_RiotACT
Cavalry mascot Sarge is turning up the heat on his annual 10 km walk to raise $10,000 for Lifeline in Canberra. Find out how you can help https://t.co/CktjV9PbUV (7 hours ago)