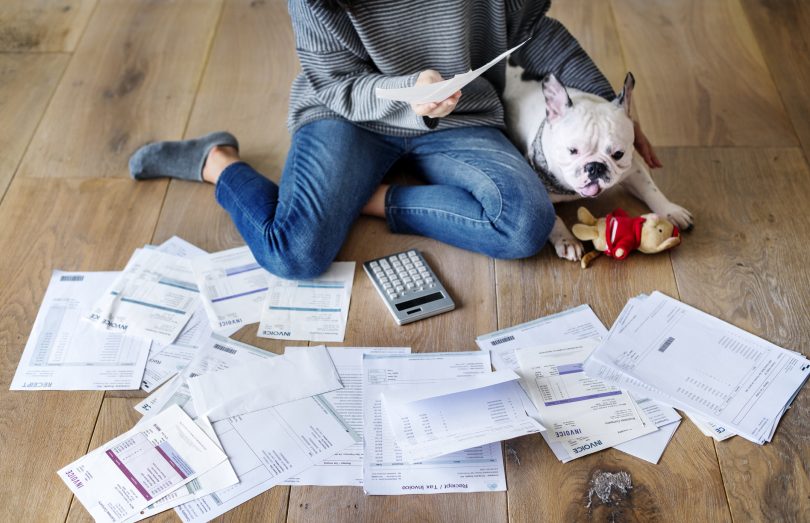 There’s no denying it: living in Canberra is expensive, particularly for people doing it tough. File photo.

If it feels like things are getting more expensive in Canberra, you are right. The ACT continues to have some of the highest living costs in the country. For all of us, those few extra dollars on the fuel bill, the electricity bill and the rent bill can stretch the weekly budget. If you are one of the 37,000 Canberrans surviving on a low income, it can be a disaster.

For a number of years, the ACT Council of Social Service (ACTCOSS) has been tracking the increases in the cost of living, particularly for our lowest income households. Two weeks ago, they released their latest Cost of Living Report.

This year’s report provides similar results to previous years. It confirms the experience of many households in Canberra of rising costs in a number of key areas including housing, utilities, transport costs and education costs. Across the board, we saw rises in costs of around 2.5 per cent on the Consumer Price Index compared to the national rise which was only 1.8 per cent. It won’t be a surprise to many that some of our highest increases are in areas including housing (4.8 per cent compared to a national rate of 1.5 per cent), utilities (5.9 per cent versus 2.0 per cent) and transport (4.8 per cent versus 2.8 per cent).

In relation to housing costs, some of the biggest jumps are seen in rents that have increased locally by 3 per cent and only 0.5 per cent nationally. This comes off the back of the recent report from Anglicare which finds that there are no homes available for people on the lowest incomes. A huge increase has been felt around transport, with fuel costs rising by a whopping 15 per cent in one year (compared to an increase of 6.8 per cent nationally) and 30 per cent over the last decade.

We know that a big part of the issue is that many low-income households rely on income support including Newstart and Youth Allowance that are not keeping pace with the increasing costs needed to survive. We have a consensus from business and the community that these payments are too low and are pushing people into poverty. However, we are starting to see rising costs for essential items bite in working households, particularly for people who are on minimum wage, and struggling with under-employment.

While there was some hope that a new Federal government might at least review Newstart, look at the impact of reduced penalty rates and look at issues facing low paid workers in industries such as early education and care. The re-election of the Coalition Government means that this is off the table. As we won’t be able to rely on national structural changes to support households who are struggling in our community, there is a need to look at what we can do locally.

A key priority that we do have some control over is housing affordability. We cannot hide the reality that this is a big cost item, but we need to recognise that this is an investment to a cohesive and functioning community. As demonstrated in the recent Rental Affordability Snapshot released by Anglicare, for our lowest income households, private rental is not an option, and increasing the level of public housing needs to be a central plank in the implementation of the ACT Housing Strategy – while renewal of our current stock is important, growing additional public housing stock is urgent. We also need to look at accelerating the implementation of the 15 per cent minimum of affordable housing in land sales for redevelopment and new releases. This will increase options for affordable housing, particularly in the rental market. This is a community where we could solve street homelessness if we had the will and commitment. Instead, we see record numbers accessing the Safe Shelter initiative that has run with a 50 per cent increase in demand compared to the same time last year.

The issue of transport costs is one that ACTCOSS has identified as an area where we could look at a range of targeted support for low-income households. As well as discounts on licenses, they are also proposing looking at setting fines based on incomes. How to provide concessions that get to the people who need it most, and target areas like utilities and other essential services is something that we need to put renewed effort into.

The reality is that it is expensive to live in Canberra, and the fact that many of us enjoy high incomes puts additional pressure on those who have lower incomes. We need to look at ways that everyone can enjoy living here.

What are your thoughts about ways that we can make affordable here in Canberra?

The ACT Government and Greens partners need to fully open their eyes and begin to understand the financial impacts of their policies on the outer suburbs. No wonder they are losing votes here.

The rates rises are comparatively huge on outer suburban homeowners and renters living on large blocks in basic housing with few services and facilities.

Removing the Buses from the outer fringes forces these people into cars and their long commute distance makes petrol expensive.

These are just three areas of thought to try and understand high costs for Canberra residents.

What needs to be looked at is why so many people in this benighted society expect those who have not made life mistakes to pay for the life mistakes of those who, in reality, contribute the absolute least to the Welfare Net they subsist on.

People here seem so socially ensconced; they cannot, and in many cases, will not, empathize with certain demographics they have little to no actual knowledge of, and actually seem more willing to care about the supposed plight of foreigners, over ostensibly their own citizens, in their own communities.

Someone with a substance abuse problem, or someone who has borne multiple children, to multiple partners, should not expect their plight to be funded by those who have not made those mistakes.

It seems many Canberrans abhor discipline, and love to side with the Weak.

The Cult of Mediocrity is strong here.

John Hutchison - 38 minutes ago
Not correct. Labor are saying Zero net emissions. This means that emissions are possible, but only if offset by some form of... View
Paul Mathews - 2 hours ago
firts improve the stoopid pick-up parking...10 mins....out in the cold...jeez View
Eliza Doering - 8 hours ago
Free flights between London and Canberra 😭 Rae Coomber-Williams View
News 64

Brindie - 4 hours ago
This is yet another planning failure of the ACT Government. A site designed for 44 units will now have 149 apartments. The de... View
Business 2

Supporting a just transition to a carbon-free Canberra

Rent-a-crisis: Why Canberra’s rent reputation needs an urgent fix, before it’s too late