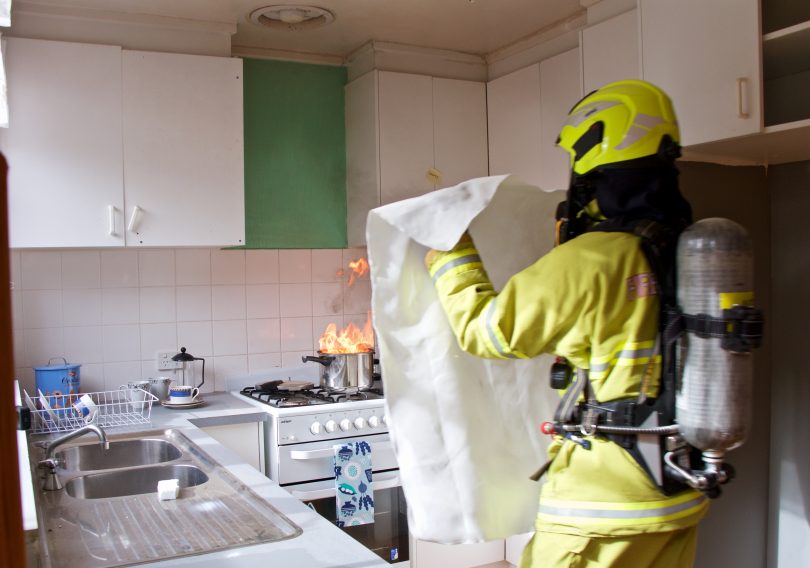 An ACT Fire and Rescue firefighter demonstrates how to safely extinguish a small kitchen fire in a matter of seconds during the launch of the winter fire safety campaign. Photo: Michael Weaver.

Not enough Canberrans have the knowledge or basic equipment to stop a small fire from getting out of control, according to ACT Fire and Rescue firefighters, who launched their winter fire safety campaign just as Canberra started cranking up the heaters.

ACT Fire and Rescue officer in charge of community safety, Superintendent Matthew Shonk, said with fire-spread rates in homes increasing due to open-plan living, it is important Canberrans understand how to safely extinguish a small fire.

“Understanding what actions to take if a fire was to start in your home, such as using a fire blanket or extinguisher, can reduce the amount of damage sustained,” he said.

“This winter, we will be educating the Canberra community on the simple actions they can take to ensure the safety of themselves, loved ones and their property.”

Firefighters attend about 40 house fires in Canberra each year, with more than half of them in winter. Other sources of fire in winter include clothes igniting from being left unattended on heaters – known as dry fires.

“Fires are developing much faster and can go from an incipient stage to a fully developed fire within seven minutes,” said Superintendent Shonk. 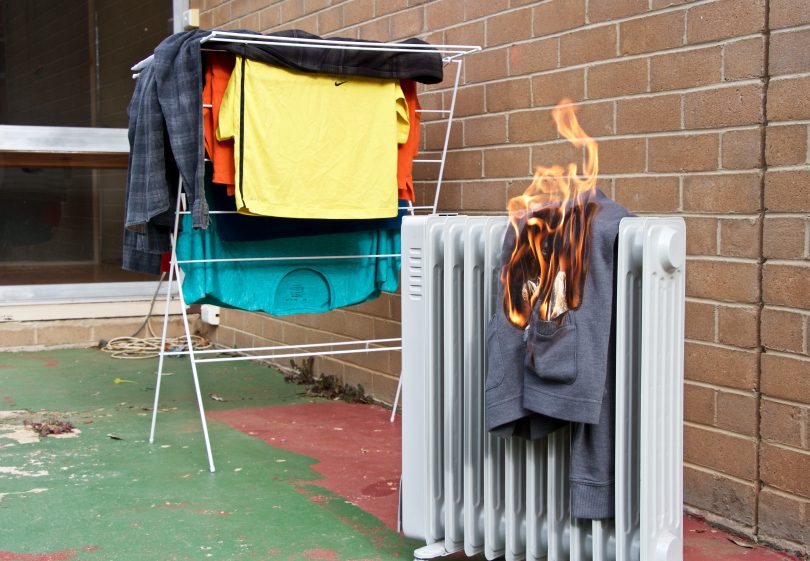 Fires starting from heaters are a major cause of house fires in winter. Photo: Michael Weaver.

While a large fire in a factory in Geelong Street, Fyshwick, occupied the attention of firefighters during the past weekend, Superintendent Shonk said the ever-present danger of small house fires becoming out of control means more can be done to educate the public on how to prevent or extinguish a fire.

“Most of these fires are preventable,” he said. “We are reminding the Canberra community to keep flammable materials at least one metre from a heater; to regularly clean the lint filter in your dryer; and not to leave cooking unattended.

“Of course, if a fire does take hold in your home, the safest thing to do is to get out and call triple zero (000).”

ACT Minister for Police and Emergency Services Mick Gentleman said now is the time for residents to think about the fire risks within their homes and to ensure they know what to do if a fire starts.

“Fire caused by heaters and dryers increased in the ACT in 2020, and kitchen fires continue to be the leading cause of home fires every winter,” he said.

“ACT Fire and Rescue is working with the Canberra community to reduce the risk of heater, dryer and kitchen fires in the home, and educating them on how to safely respond if threatened by a fire.”

The community safety campaign will be delivered across the ACT Emergency Services Agency website and social media channels.

More information and fire safety tips – including resources for children – are on the ACT Emergency Services Agency website.