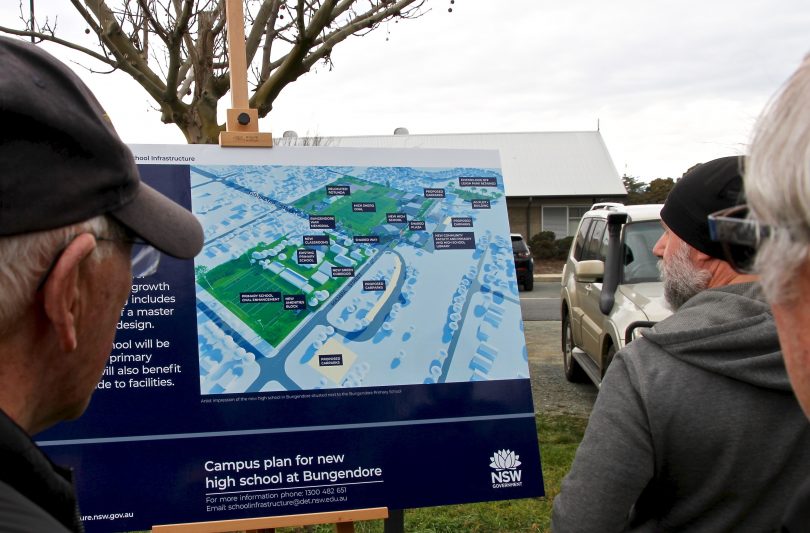 Queanbeyan-Palerang Regional Council (QPRC) has agreed in principle to sell its Bungendore properties to the NSW Department of Education to make way for the proposed Bungendore High School.

Pending the outcome of community consultation, assets up for sale include the council chambers in Bungendore, the aging Bungendore Swimming Pool and the Bungendore Community Centre – all in Majara Street.

The Majara Street road reserve between Turallo Terrace and Gibraltar Street is also earmarked for sale, based on independent valuations.

A portion of Mick Sherd Oval, on Crown land, will also be used by the new Bungendore High School.

The Abbeyfield senior housing development intended for 4-6 Majara Street is to be relocated to 2 Majara Street under the department’s proposal. 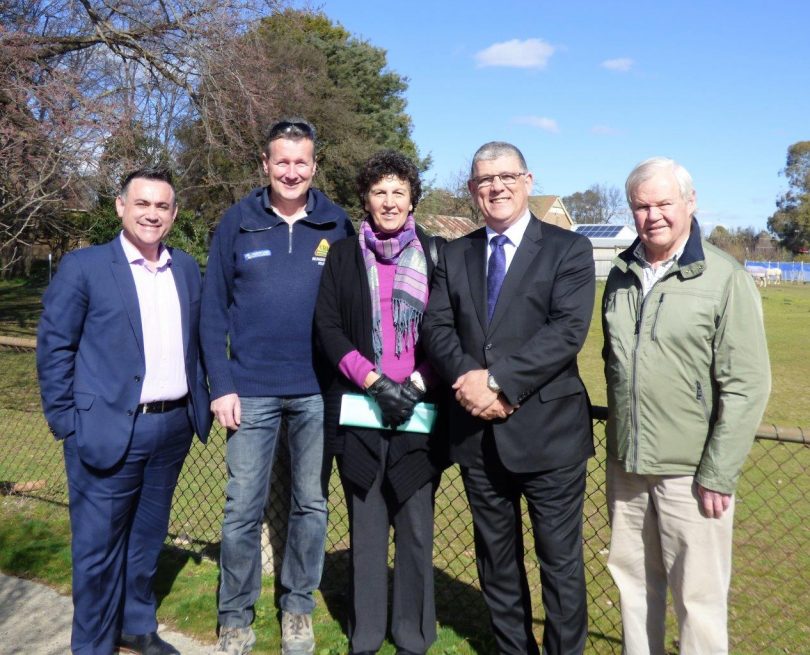 Abbeyfield will eventually accommodate 12 residents plus a live-in housekeeper and Member for Monaro and NSW Deputy Premier John Barilaro has already assured supporters they won’t be left out in the cold by the move.

QPRC Mayor Tim Overall said council would seek assurances from the NSW Government that the Abbeyfield development wouldn’t be delayed.

“The Abbeyfield development is important for the local community and council will request that the department compensate Abbeyfield for any costs incurred in planning for the site at 4-6 Majara Street,” he said.

At council’s general meeting on Wednesday (26 August), council heard eight presentations from residents concerning the high school and received seven written submissions, both for and against the proposal.

The project, expected to be in excess of $10 million, will save children travelling to school in Queanbeyan or Braidwood and was formally announced by Mr Barilaro in Bungendore on 15 August.

The plans will now move into a community consultation phase ahead of the first sod being turned before the end of the year. The school is scheduled for completion by the first school term in 2023.

During QRPC’s meeting via video link on Wednesday night (26 August), debate on the issue went for more than two hours.

Most people supported the high school, but some spoke of their reservations about the proposed site on the Gibraltar and Majara Street precinct next to Mick Sherd Oval. 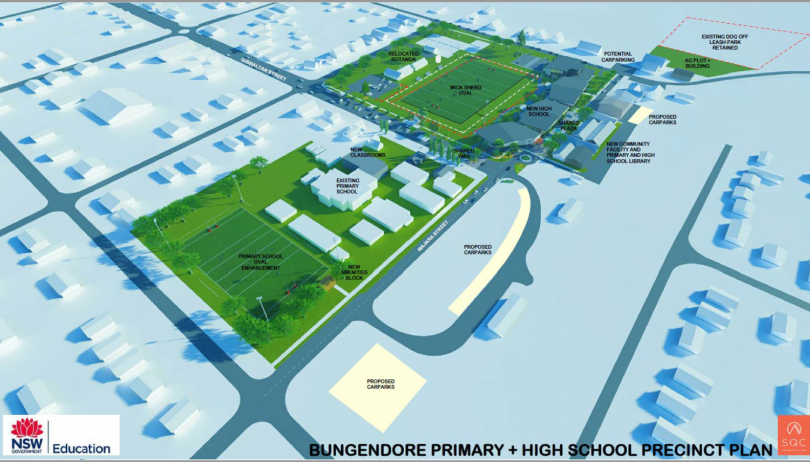 Bungendore resident Garth Morrison spoke against the proposal, saying that while he supported the high school, he was uncomfortable with Mick Sherd Oval being shared with high school students.

“I genuinely can’t see a situation where a facility owned by the Department of Education is successfully shared with the community,” Mr Morrison said. “This will be the high school’s only oval and will be flogged by the kids.”

QPRC has proposed terms for a joint-use agreement for Mick Sherd Oval, with the oval remaining under council management and the Department of Education making an annual contribution to maintain it. The agreement would also include courts, a reserve, a library, a school performance hall and a sports hub.

Others were concerned that other sites for the high school had not been taken into consideration. Mr Barilaro, however, says it’s the right site for the project being next to the primary school and central to the town.

Mayor Overall said the proposal from the Department of Education raised many questions within the community and council.

“The department has informed council that after a review of a number of sites, the current proposed site is the only feasible option in the area,” he said.

“While it presents some challenges, council will strive to get the best overall outcome for the Bungendore community, including ensuring that where possible there are no additional costs for council.”

In-principle support was also given to council CEO Peter Tegart to negotiate a more favourable financial contribution to QPRC for the construction of a new swimming pool and new front office.

Council will also request a briefing for the Bungendore Locality Committee by the Department of Education. A survey on the Bungendore High School project closes on 11 September.

You’d be lucky to put your hand up in that down without someone whinging about it.