People with disabilities can now be jurors under courts Bill 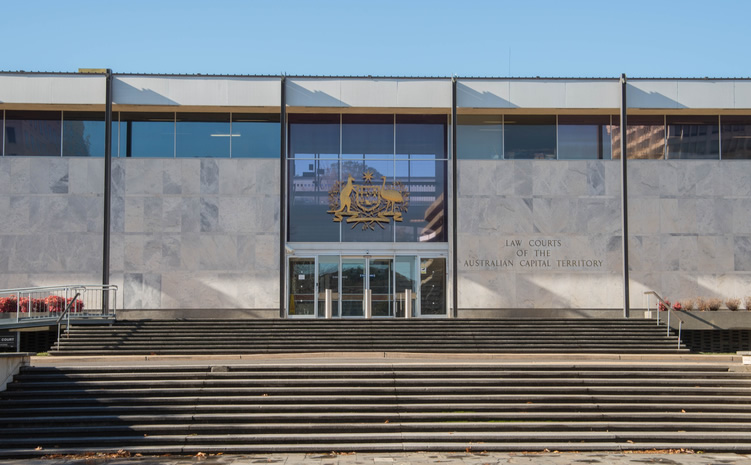 A number of changes to courts legislation designed to update and simplify procedures – including the making of oaths, jury selection and the taking of evidence from overseas – have been passed in the Legislative Assembly.

Attorney-General Gordon Ramsay said the changes passed in the Legislative Assembly on Tuesday (20 March) would create further efficiencies and make justice easier to access through the ACT’s courts and tribunal.

“The Courts and Other Justice Legislation Amendment Bill 2018 will reduce red tape and increase access to justice through amendments identified by senior legal stakeholders and recent decisions of ACT courts,” Mr Ramsay said.

“The courts will now have a simplified process for taking evidence from overseas using audio-visual or audio links and the process for the enforcement of ACT Civil and Administrative Tribunal orders has been clarified.”

The Juries Act 1967 has been amended to modernise and streamline jury processes, including reforms to better support the inclusion of people with a disability as jurors.

“Following these reforms, ACT jury provisions will be among the most inclusive in Australia. Disability should not stand in the way of someone being able to participate in jury service,” Mr Ramsay said.

Changes have also been made to the ACT’s coronial system, with the Bill including amendments to reduce the rate of invasive autopsies.

It also broadens the application of an existing safeguard requiring a coroner to consider how to minimise distress or offence to a person because of their cultural attitudes or spiritual beliefs.

“Assisting coronial investigations to run smoothly helps to ensure the deceased and their families are treated with dignity and respect,” Mr Ramsay said.

“Sensitive consideration of cultural attitudes and spiritual beliefs throughout the coronial process will help to minimise distress to families during what is already a difficult time.”

Other amendments update the text of oaths and affirmations to better reflect the ACT’s diverse population and other faiths.

They also assist the fair resolution of energy and water complaints; better reflect in legislation the expanded role of the Supreme Court’s Associate Judge; and improve the reporting process for complaints about judicial officers.

Shane Quinn - 3 minutes ago
when will you soy infested snowflakes get it? freedom can not be substituted for security. we really need to remove warning l... View
Lynne Meredith - 15 minutes ago
Steve Jones totally agree! You see it all the time - fenced or not! View
Sue Danaher - 1 hour ago
Playgrounds should be wonderful open spaces. I cannot imagine the lovely playground at Forde being fenced in. Playgrounds sho... View
Opinion 34

Kriso Hadskini - 43 minutes ago
Peta-Rene Prior yes this justification is what the majority think, that is what I am saying, personally I dont discuss my hea... View
Mark Dawson - 1 hour ago
Why do people keep thinking mandatory medical procedures are a new thing? View
Peta-Rene Prior - 1 hour ago
Kriso Hadskini given the fact majority of information on any one person is available through their social media usage it’s... View
Lifestyle 18

For many, the thought of visiting the dentist can come with a wave of anxiety. But even when you do...
Community 58

@the_riotact @The_RiotACT
#MolongloValley will finally get its public health centre after the ACT Government struck a deal to lease space at the new Palm Healthcare practice in #Coombs https://t.co/kYcSc94x6a (59 minutes ago)

@the_riotact @The_RiotACT
Homegrown #supermarket chain Supabarn has made a sizeable #donation to @HandsCanberra. As the second COVID-19 lockdown hits our most #vulnerable people hard, charities say funds are most welcome https://t.co/XOD1vKTgyS (2 hours ago)

@the_riotact @The_RiotACT
While it's clear a #vaccine is the best way to control the COVID-19 pandemic, Ian Bushnell says the normalisation of coercive laws such as mandatory vaccination should concern anyone who professes to uphold civil liberties and human #rights https://t.co/mWWMSBz6Hd (4 hours ago)