The National Folk Festival at EPIC: a reduced event next Easter might move off-site to the suburbs or even regional centres. Photo: File.

Organisers of the National Folk Festival have again been forced to cancel the Easter-long event but are looking at alternatives, including a reduced footprint at Exhibition Park in 2021, and other performance options.

The COVID-19 pandemic took out this year’s festival and while the situation has improved and restrictions eased, the Festival has run out of time to be able to guarantee that a business-as-usual event could go-ahead.

”After significant research and planning towards a 2021 Festival, it has become apparent this will also be impossible,” the Festival board said in a statement.

”We understand the devastating effect this will have on our participants and performers, but our community and their safety is our highest priority.

”Continuing restrictions around large gatherings in a multiple-day Festival environment and the unpredictable nature of events mean we have reached a point at which a decision must be made.”

Festival managing director Helen Roben said the festival was now looking at an alternative program next Easter that could include staging concerts at EPIC but also taking performances out to the suburbs of Canberra, much like Floriade has done this year.

She would also not rule out taking the festival on the road to other regional centres such as Queanbeyan, Bungendore or Braidwood.

There would also have to be an online presence so as many performers as possible could have the opportunity to take part.

Ms Roben said now was the time to be really creative and innovative to ensure the Festival’s presence continues to be well known.

What shape the Festival took depended on the state of the pandemic, travel restrictions and the ability to stage a COVID-safe event.

It also needed to be financially viable, given this is the second cancellation in seven months. 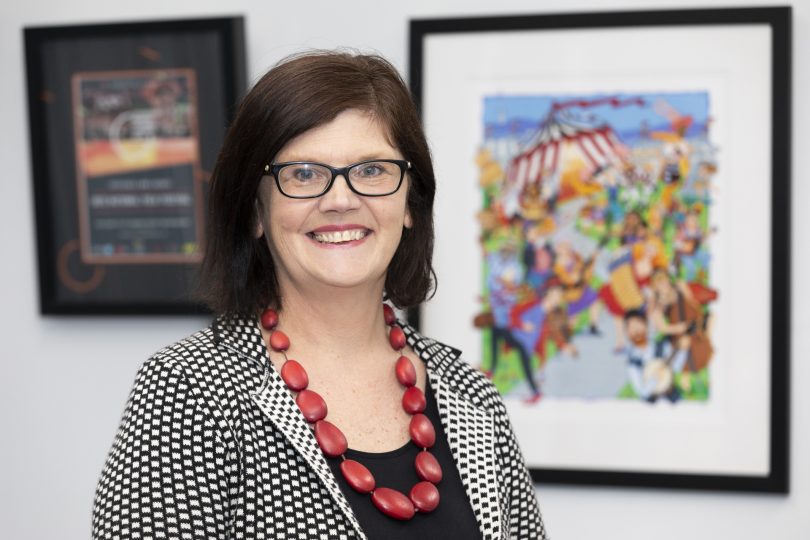 With camping ruled out, the Festival would not need as much space at EPIC, and Ms Roben made it clear that a reduced Festival need not limit itself to EPIC or Canberra.

”Now is the time for us to be incredibly open-minded in terms of what’s next and really start having conversations with all sorts of levels of government in different areas,” she said.

”We’re incredibly appreciative of the support from the ACT Government but … we very much welcome conversations with government and other bodies from outside the ACT.”

Ms Roben said performers had been in constant touch with the Festival since the cancellation in March and she expected there to be strong interest in whatever level of Festival could be staged.

”There will be concerns if we’re doing live events in Canberra whether they can actually get into Canberra, depending on where they are,” she said.

”But equally, there is a need to do some online work as well. We really want all performers to be given that opportunity to participate at some level and it’s not just those performers who geographically are allowed to come into Canberra.”

Hibernating the Festival was not really an option.

Ms Roben said it was crucial to have and maintain a presence to keep the Festival in the public eye. Not presenting anything at all would mean a three-year absence before hopefully being able to mount a full 2022 Festival.

She said the next announcement about a reduced event was likely early next year.

The Festival board would explore the options, see how welcome any activity might be, and determine what the folk community wants, she said.

The board thanked key stakeholders and the community for their efforts and support over the past months, in particular the ACT Government and the team at EPIC.

”We’ll continue to work with EPIC and the ACT Government to create new events and see the National return in all its glory in 2022,” it said.

The cancellation is another blow to the ACT’s tourism sector and the economy. The event brought 40,000 people to EPIC and contributed $4 million every year.

Another big money-spinner, Summernats, has already cancelled its usual January event at EPIC and is instead staging a mini-Nats there in March to maintain its profile and keep faith with supporters.

If you’d like to get folked, rent a copy of Christopher Guest’s ‘A Mighty Wind’ (Folk’s answer to Spinal Tap).
That’s all folk.

Devastated!! The Folkie is the happiest place on earth. Looking forward to being back there soon! Emma Louise Lychee Ng 😭 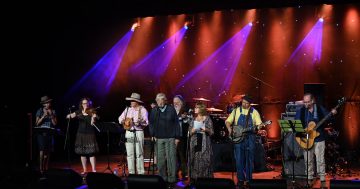