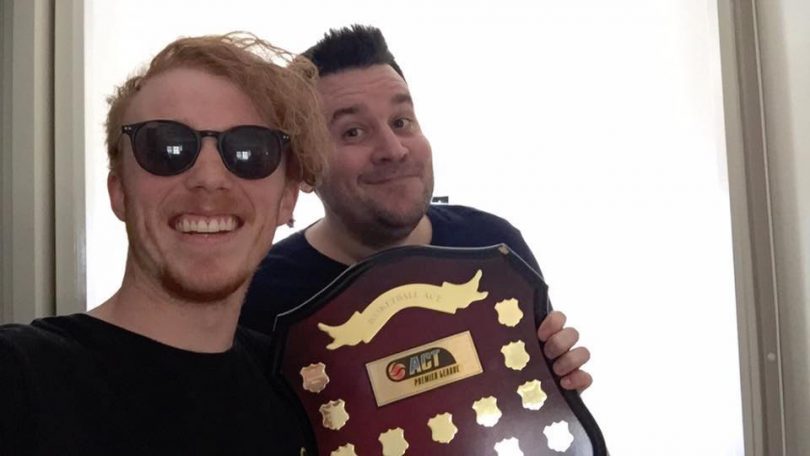 “The main reason I do it is the players,” says long-time basketball player and coach, Pete Herak. “I have made and continue to make many friendships through coaching and I genuinely care about my players and what is happening off the court as much as on the court.”

In eight years at the helm of Tuggeranong Vikings’ Premier League teams, Herak has led the club’s Premier 1 and Premier 2 teams to championships.

Commencing his own playing career as a nine-year-old at Marist, Herak took on an assistant role at just 12 coaching a family friend. From there he never looked back, coaching full-time by the end of the season. He continues to play for Vikings’ Premier 2 squad, player-coaching the team, while feeding juniors from Vikings second Premier 2 team into the top division.

Coaching Under 12’s through to U19’s, Herak has taught everything from division four up to premier divisions – often taking on two to three teams in a season. He’s coached, boys, girls, men and women at a club level, while assisting ACT rep sides in U14 boys and ACT U18 women’s, as well as assisting with the Canberra Nationals senior program.

Known as a ‘players coach’, Herak relies on building strong relationships with his athletes to draw out their best performance. 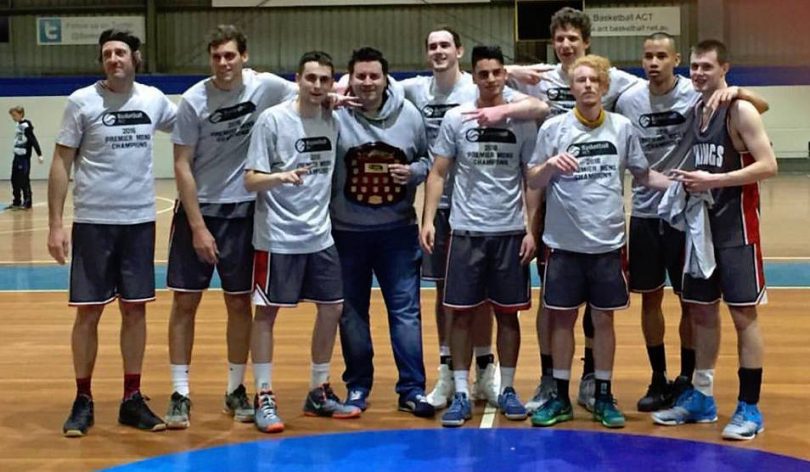 “I would also say it can become addictive,” he continues. “Watching players grow on and off the court, teaching them how to play and how to win, picking them up when they lose and just interacting with them on a daily and weekly basis.”

In 2017, Herak added a new squad to his already busy schedule, taking over as Head Coach of Queanbeyan Yowies’ NSW State League side.

Strengthening Vikings’ men’s program resulted in 2011 and 2013 Premier 2 titles, then back-to-back Premier 1 titles in 2015-16 as many of his key contributors began making Canberra Gunners teams.

Despite the sparkling hardware, Herak says he believes the greatest achievements aren’t necessarily what everyone may notice.

“Whilst those are probably the achievements most people will look at sometimes the biggest achievements are the players themselves coming through the program and going on to play college/SEABL and being a part of the process in trying to help them get there,” he says.

He finishes with a reminder to always have fun with the game.

“They won’t remember the hard sessions pushing them to their limits, what they do remember is the time they beat you for a Mars Bars playing elimination,” he says with a laugh.

“Finally they remember the ‘off the court’ more than anything else, because whilst basketball is a great teacher, and you can learn so many life lessons, if you don’t switch off and enjoy the time off the court then they won’t come back and play hard for you on the court.”

Kali - 33 minutes ago
Poster boy for the 'it's all about ME' generation. View
Jennifer Albs - 2 hours ago
He is great player and pretty talented man, but his behaviour over shadow everything and not to mention mode swing, plus acti... View
Stewart Mcdonald - 2 hours ago
Lucy Humphreys I love the game but the sterile personalities bother me I think the game representing different social groups... View
Food & Wine 6

Stephen Saunders - 58 minutes ago
Look, I don't oppose this, it can never be remembered too often. But the first priority that needs it own Canberra memorial i... View
News 17

chewy14 - 1 hour ago
Ha, that should read uninformed, not uninformed. BJ, on that link you've provided, have you actually read the ICRC report on... View
chewy14 - 1 hour ago
No, To be honest, It's because I think you're uniformed on the scope and causes of the problem, the research that has been oc... View
bj_ACT - 3 hours ago
I’m not just criticising this project from 2014, I’m criticising two decades of broken promises, failed projects and the... View
News 199

Jess Thomas - 1 hour ago
David Deb Cossart that's the thing: people who can afford the fine can afford to speed. Changing this would mean that no-one... View
Liam Searle - 2 hours ago
Make the speed limit suit the road, change it back to 60! View
AliciaAnn Dowd - 5 hours ago
Werner Schenk I agree with you. There is already a system in place to assist people manage payment of their fines. SPER allow... View
Community 41