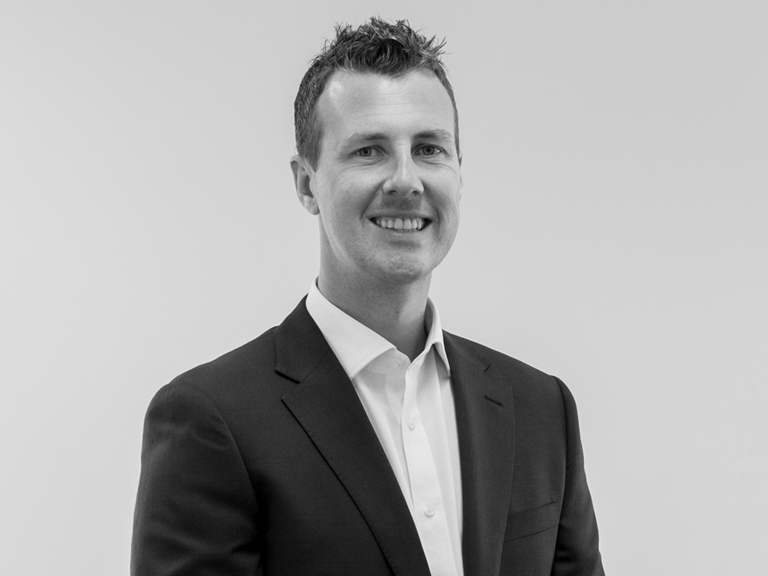 James Allsopp’s connection with cricket in Canberra started with his appointment as coach of the ACT Meteors women’s cricket team in 2016.

It was an addition to an already crowded calendar. He was living in Sydney, working as headteacher in physical education at Leumeah High School, and coaching with Cricket NSW.

There was also his family to consider. His first-born son, Joshua, was only 1 year old.

Undeterred, and with a desire to get into coaching, Allsopp committed himself to the twice-weekly commute from Sydney to Canberra, returning in time for the start of school the following day.

It was tough but the call was irresistible. Cricket was his passion. He’d played for NSW junior representative teams, made the NSW seconds side, and had captained the Bankstown first-grade side as a wicket-keeper batsman for five years. 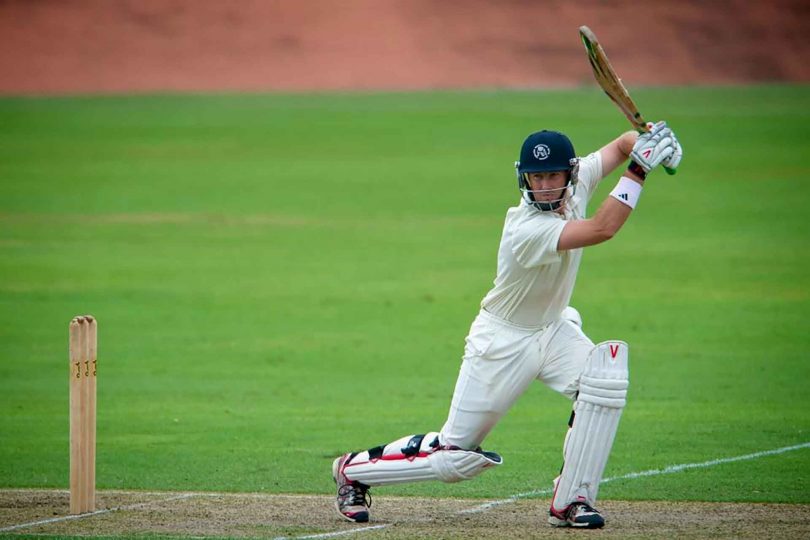 James Allsopp captained the Bankstown first-grade side as a wicket-keeper batsman for five years. Photo: Supplied.

His commitment to the Meteors coaching role resulted in his appointment as general manager high performance with Cricket ACT. A short time later he was promoted to CEO following the departure of Cameron French to the Sports Commission.

Such was the rapid nature of his progression that Allsopp was still coaching the Meteors when he was appointed CEO.

“I thought I wanted to be a career coach,” he recalled, “But other opportunities have arisen. I’m loving the chance to lead though.”

The date of the announcement of his CEO role is etched in his memory. “I was announced as the CEO on the same day our second son was born.”

Allsopp and his wife, Julia, whom he met while he was playing cricket in the United Kingdom, are now happily ensconced in Canberra with their three children: Joshua, Iona and Lachlan.

Allsopp is obviously relishing the opportunity to lead Cricket ACT to the next level.

“I think there will be a time when cricket in Australia has to grow again, through the Big Bash or an additional team in the Marsh One-Day Cup,” he says. “We are ready to go. We have the facilities, talented players, high-level coaches, and an appetite for elite cricket in the community.”

To his point, note the emergence of Canberra-bred players securing state contracts.

Fully “5.8 per cent of players with state national contracts are ACT-bred players”, Allsopp says proudly. “We have 11 players in the women’s Big Bash. It’s an amazing record.” 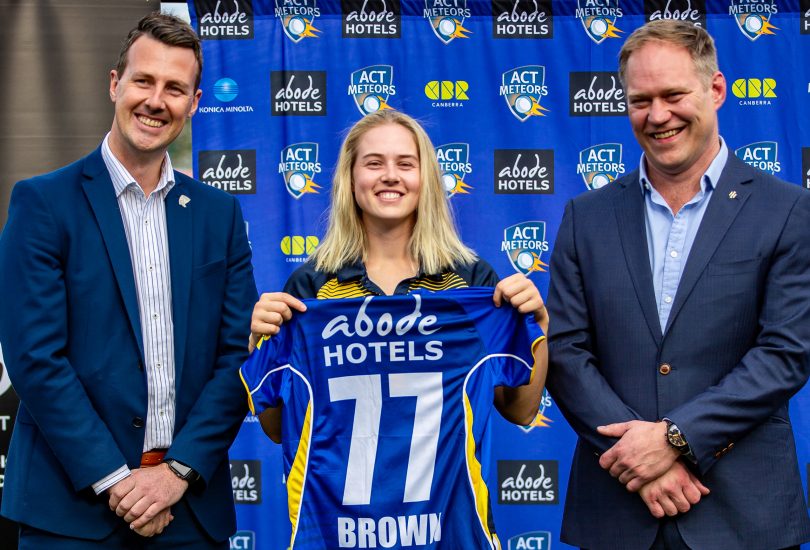 The names include some of the biggest in Australian cricket: Nathan Lyon, Jason Behrendorff, Tom Rogers, Nick Winters, and newcomers Matthew Gilkes and Henry Hunt, along with Erin Osborne, Maddie Penna, Maitlan Brown and Katie Mack heading the ACT contingent in the women’s Big Bash.

But Allsopp and his team are not content with growth at the top end only. There has been an increased focus on making the game more enjoyable and attractive to juniors as well.

“Cricket ACT spends approximately $100,000 a year modifying grounds and improving community cricket infrastructure. We have shortened pitches, widened pitches, shortened boundaries and decreased the number of players on the field at any one time to ensure a high-quality experience for junior cricketers,” Allsopp says. “We have had a 16 per cent increase in junior registered teams and a 35 per cent growth in junior women’s registered club teams. And we have a terrific community cricket team led by Martin Gleeson and Geoff Bartlett.”

The growth in popularity has brought significant challenges; notably, ground availability. Still, the sport continues to flourish. And Allsopp lays out the organisation’s aspirations. “We want a legacy, making sure cricket is in a better place when we leave,” he says. 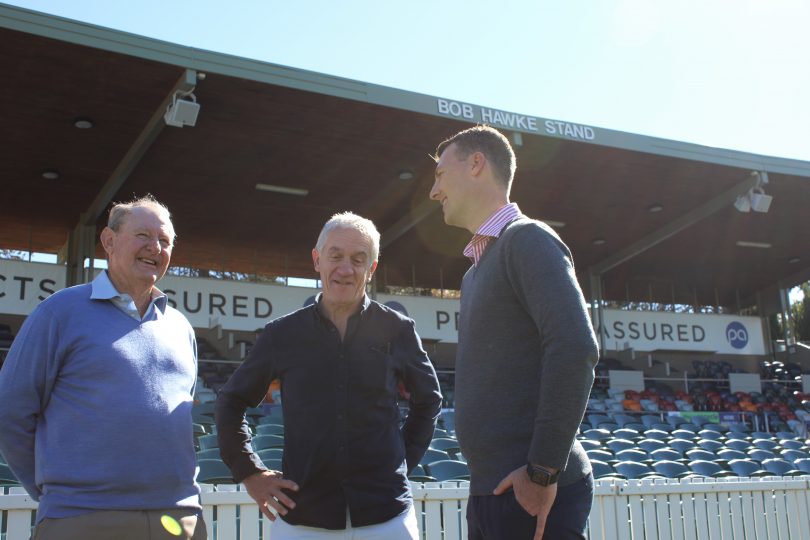 Allsopp is also keen to give back to the community and enable Canberra to enjoy cricket while supporting local people. Cricket ACT’s All Stars for Mental Health Day, on 17 November at Phillip Oval, will raise funds for Lifeline Canberra. It will showcase North vs South Canberra, while another match will involve the Comets Old Boys vs an SCG XI featuring former test cricketers.

This event will not only raise funds and awareness of mental health but also aims to bring people together through sport.

It is this holistic approach, which Allsopp leads, that has stimulated cricket’s growth in popularity in Canberra while cementing Cricket ACT in the broader cricket landscape and working to unite and inspire the community through sport.

Connie Senkoe - 2 hours ago
any body heard of Librafg with Nick Gibson. Is it a scam too? View
News 20

2903Tuggers - 2 hours ago
All very interesting. But Westfield - sorry, Woden - is unlikely to see light rail before 2030. So there is plenty of time to... View
Capital Retro - 2 hours ago
Most people that will be going to CIT will be from the Tuggeranong and Weston Creek areas and the tram doesn't run there. Tra... View
Robert Azzopardi - 4 hours ago
Jennie Smith yes we should cancel every major infrastructure project because it may inconvenience people’s commute for a sh... View
Community 16

Emily Vandenberg - 3 hours ago
Luke this looks interesting View
JS9 - 4 hours ago
Yawn. It has been shown time and time again that the overwhelming majority of 'charges' bought against the ABC by in general... View
Ashley Smith - 5 hours ago
Brett Lever he is aware... View
Food & Wine 18

Rebecca June - 4 hours ago
Jacob Hollis will feed our child for a week View
Rodney Laugher - 7 hours ago
Glen Shooter Collins Already been, they are the goods 👌🏼... View
stargazer - 8 hours ago
I grew up listening to my mum chin wagging to Anne for ages and eating their custard tarts and vanilla slices! Us kids called... View
Community 1

keek - 4 hours ago
Yeah, I'll stick to teaching my kids that the internet is a playground, and nothing said on it is to be taken seriously. This... View
Sport 34

Benita Bittner - 4 hours ago
Louise had to keep up with you lol. View
Caroline Le Couteur - 15 hours ago
Good work View
Opinion 5

cockneyreject - 5 hours ago
Fair point. I don’t trust 4 Corners or the ABC either ... they are never balanced on anything (even the episode on China la... View
Property 5

chewy14 - 6 hours ago
Harcm, You clearly werent following it too closely if you think that was the case. Firstly, the ACT government didn't let any... View
Community 3

Max Kelty - 16 hours ago
They do a great job. The amount of hoops the NDIA make you jump through is unbelievable and as a person with a disability you... View
show more show less
*Results are based on activity within last 7 days

The owners of the Zoo Bar and Grill are taking Canberra's nightlife to the next level by launching the Mile High...
Community 16

Autumn is officially here, bringing with it fresh foggy mornings, the illuminating Enlighten Festival, and the wafting spiced smell of...
Community 16

@The_RiotACT @The_RiotACT
For the past 11 years, Peter Milne's been one of the masterminds behind Enlighten Illuminations. Find out how he's shining a new light on our national institutions this year https://t.co/e5r7EnvKoB (57 minutes ago)

@The_RiotACT @The_RiotACT
The new Silver is Gold Festival will keep ageing issues in spotlight and reconnect community after year of COVID. Find out what's planned https://t.co/nCMI4UOvau (2 hours ago)

@The_RiotACT @The_RiotACT
A disability support pensioner who downloaded more than 5000 files containing child abuse material has been released from prison but will be subject to a nine-month conditional intensive correction order https://t.co/55jplYQ35J (3 hours ago)