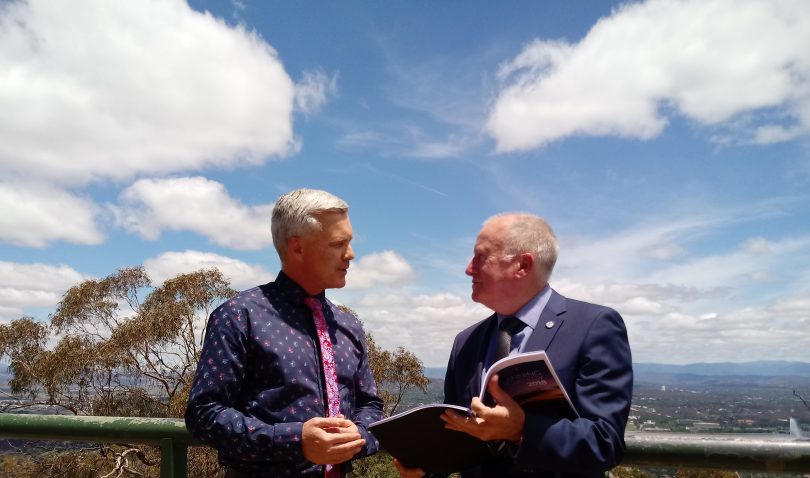 The planning system has failed to keep up with key government policies and its rules-dominated approach may result in flawed developments being approved, according to Canberra’s Chief Planner Ben Ponton.

Mr Ponton was giving evidence to the Planning, Transport and City Services Committee at the Legislative Assembly. Labor MLA Suzanne Orr had asked him about the Planning Review currently underway and its attempt to develop a system focused on outcomes.

He told the committee that the current system was extremely rules-based. The feedback was that the application process had become a box-ticking exercise that helped developers but did not ensure quality or that projects met community expectations.

It resulted in developments being approved in isolation, without reference to an overall planning strategy or government policies such as its climate change strategy, Mr Ponton said.

Developers were also focusing on the rules to reduce the prospects of appeals to the ACT Civil and Administrative Appeals Tribunal, and that was driving the kind of developments being seen in the ACT.

“We are hearing it from the community who comment on development applications, that as a result of a very rules based-system, people are just going through and ticking each of the rules and for multi-unit developments there are well over 200 rules,” Mr Ponton said.

He said developers were not really thinking about the site in the context of the street or the block or the suburb, resulting in a development that may not necessarily be the best outcome for the site.

“What we then find as we are going through that process is that the Planning Authority may be almost forced to approve a development that we know is not ideal and the community does not particularly want and developers know that as well, [but] at least they can get a clear pathway, particularly if they comply with all the rules,” Mr Ponton said.

He said the current system did not acknowledge or reflect the government’s climate change, transport or housing strategies, all of which have been developed in recent years.

“Where we would like to get to is a system where people stop and think about ‘what is the strategic direction?’, so that there is a clear line of sight to other government policies that we do not have in the current system,” Mr Ponton said.

“We would like to be less focused on the rules and more focused on the outcomes and giving the assessment team a greater opportunity to shape quality products.”

It has been more than a decade since the last major review of the Territory Plan, and both developers and community advocates say the planning system is out of date.

Last November, Planning Minister Mick Gentleman released six discussion papers, promising a simpler and more responsive planning system. The government is continuing this year to engage the industry and the community on proposed changes and reforms.

Isn’t it funny that Ben Ponton has taken so long to speak up. Can the government impliment changes before the Developers completely destroy Canberra, and we end up with even more defective buildings.

It’s not the outdated system that’s the problem, its the failure of Planning (ACTPLA) to maintain the mandated rules in the territory plan. Actpla is nothing more than a rubber stamp for developments which don’t meet the rules. Any builder will tell you that, and they have. It’s fetting worse, not better.

Jonny Scott - 10 minutes ago
Robin Bontjer ones good can all be canceled out when your true colors come out! View
Allan AJ - 3 hours ago
Australian communism at its best View
Sandra Zahavah Whibberley - 8 hours ago
Shirley Willis I didn't vent a poisonous attack, just stated the truth that he lied etc. Sure the board of the AO or TA have... View
Courts & Crime 1

David Warner - 41 minutes ago
John Elliott don't forget Howards idea... He wanted to be supreme ruler... View
David Warner - 42 minutes ago
A viable alternative would get better results but they don't put forward decent proposals View
John Elliott - 2 hours ago
Paul South ... Not possible mate because of the separation of powers in the Constitution. The Judiciary is there to keep an e... View
Community 112

New planning system to include Canberra districts’ values and character