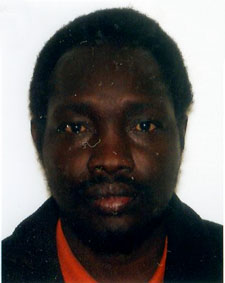 ACT Policing has grave concerns for the welfare of David Abuoi, a 35-year-old man missing since early July.

David was reported missing to City Police Station by his cousin on Saturday (August 4), who was concerned for David’s welfare after not speaking with him for more than three weeks.

David is African in appearance, approximately 175cm (5’9”) tall, with a slim build, dark short hair and brown eyes. He was last seen on London Circuit in Civic wearing long dark-coloured pants and a long-sleeve dark-chequered shirt.

Police are concerned for the man’s welfare, as he has not been in contact with his friends or family for more than a month.

Anyone who knows the whereabouts of David is urged to contact ACT Policing Operations immediately on 131 444.

jwinston - 38 minutes ago
Yet again more meaningless legislation that less than 1% of the care about. Fix the hospitals and education before implementi... View
nobody - 2 hours ago
Colonisation turned this continent into the great country it is today. If colonisation had not taken place, then MLA Paterson... View
Opinion 15

gooterz - 48 minutes ago
I'm open to a pyramid league. View
Eddie Majcic - 1 hour ago
Yes. We need the AIS precinct better utilised. Open it up more to the public get more people using it. It's a great facility... View
Heavs - 1 hour ago
I actually like what the Tasmanian Government just did. They partnered up with Hockey and bought a rolling bunch of events to... View
News 2

@the_riotact @The_RiotACT
Ratepayers and residents in 124 local government areas across #NSW go to the #polls on Saturday, 4 December. Here's a rundown on what you need to know https://t.co/cZ78vqVrLb (37 minutes ago)