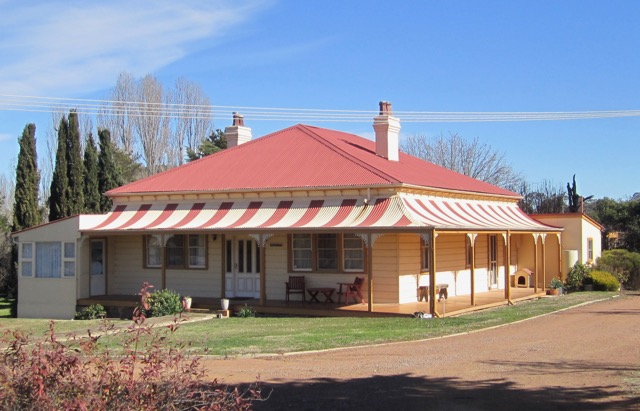 The historic Gold Creek homestead ‘Deasland’ has been demolished due to the presence of Mr Fluffy asbestos, despite years of resistance from those looking to preserve the building.

The new owners of the Barton Highway property said they didn’t want to demolish Deasland, but it was out of their control.

Research historian at the Hall School Museum and Heritage Centre Phil Robson was saddened but ultimately unsurprised by the demolition, which he said had been a long time coming.

“I first heard about it some years ago when the owner of the time, John MacKinnon, got the notification that it was a Mr Fluffy place and he certainly contacted the government and said that as far as he was concerned, he had in fact paid for it himself and had an assessment done, and eradicated all of the loose-fill asbestos that was found in the property,” Mr Robson said.

“When the government did an assessment, they said that there were negligible amounts of asbestos in the old kitchen area and, therefore, they ruled it a Mr Fluffy house.

“The asbestos taskforce was quite strong and adamant that any house with Mr Fluffy had to go.”

Mr Robson described the property as a “focal part of early Ginninderra”.

It was first inhabited by the original store owner of Ginninderra, George Harcourt, who built and occupied the six-room homestead. He named the property after the farm in Worcestershire where his parents were married. The homestead was built in 1893 and he died at Christmas that year. His family occupied and operated the farm until the land was resumed for the new Federal Capital Territory in 1913.

After several brief ownership stints at the property, prize-winning wool producer Henry ‘Babe’ Curran and his family moved into Deasland in January 1927. The Curran family occupied the farm for 44 years, where ‘Babe’ later set world record prices for a flock of sheep. After he died, the Currans sold the property in 1971.

The MacKinnon family owned and lived in the property from 1975 until its recent sale to a new owner who organised the recent demolition.

Mr Robson remained hopeful that the government would take steps to recognise the tremendous history at Deasland.

“It’s up to the new owners what is done, but I imagine the ACT Government and the ACT Heritage unit will do what they did in the past and erect some sort of heritage sign as part of the Canberra tracks process, where visitors could look at the sign, and there will be photographs on it to show what it once looked like,” Mr Robson said.

“Of course, that’s not as good as the real thing, but that’s what they’ve done in the past with heritage places that have gone by the wayside.

“From our point of view, we did a lot of research and I spoke with John MacKinnon on a number of occasions and photographed the place as part of our exhibition. We created a scale model of Deasland to show people what it looked like, and at least there is some tangible thing that someone could look at.”

He suggested that if the property was government-owned rather than privately owned, it might have been able to be saved.

“I’m not criticising anyone, it’s just the process. It would’ve been nice to have a face-to-face with the government and argue the point about saving the building.”

Harcm well staid . Questions need to be asked – and asked they are but never answered. I do wonder if Mr Robson is in fact correct ! As it does appear to be one rule for “one” and a rule for everyone else. However we do need to be aware that we might never have been told what commercial buildings do or did have Mr Fluffy in them – but I guess it’s ok as the commercial “version” must not be as dangerous as buildings don’t need to be demolished.
The question is also asked as to why the Govt didn’t buy back the property – one assumes that that the “market value” offered by the Govt wasn’t in fact market value……. Now that isn’t a shock!!!!

Build a replacement with original plans l, with interpretative signs of original. Use as either a residence or restaurant-café.

It’s interesting that this place (and the 1,025+ homes in Canberra) had to be demolished but somehow Edgar’s Inn at Ainslie shops could be cleaned and allowed to keep operating. Also interesting is the comment by Mr Robson who “suggested that if the property was government-owned rather than privately owned, it might have been able to be saved”. There is obviously someone in the Government who has the power to decide which properties are demolished and which are saved. It’s just a pity that no-one knows who that is and what criteria they use for their decisions.

Dory Johns keep at all costs, obv subject to a healthy enviro. Beautiful part of Canberra 🙂

Rustus. It’s lack of consistency that’s the issue at heart. Keep one place, bulldoze others.

I thought Ainslie Shops had a longer term reprieve, not a permanent ‘all clear’? Safe for now and with a strict management plan but in the long term it would have to go too.
The lack of consistency is disappointing.

I hope they replicate it as a heritage homestead, not put up McMansions on it.

Shane Jasprizza I should hope so!

Heather Whittle My uncle died from asbestosis at 52, drowning in his own fluids. That’s not even a real question to me. 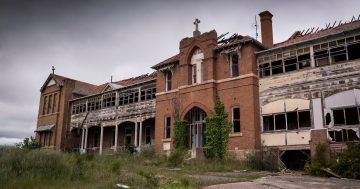