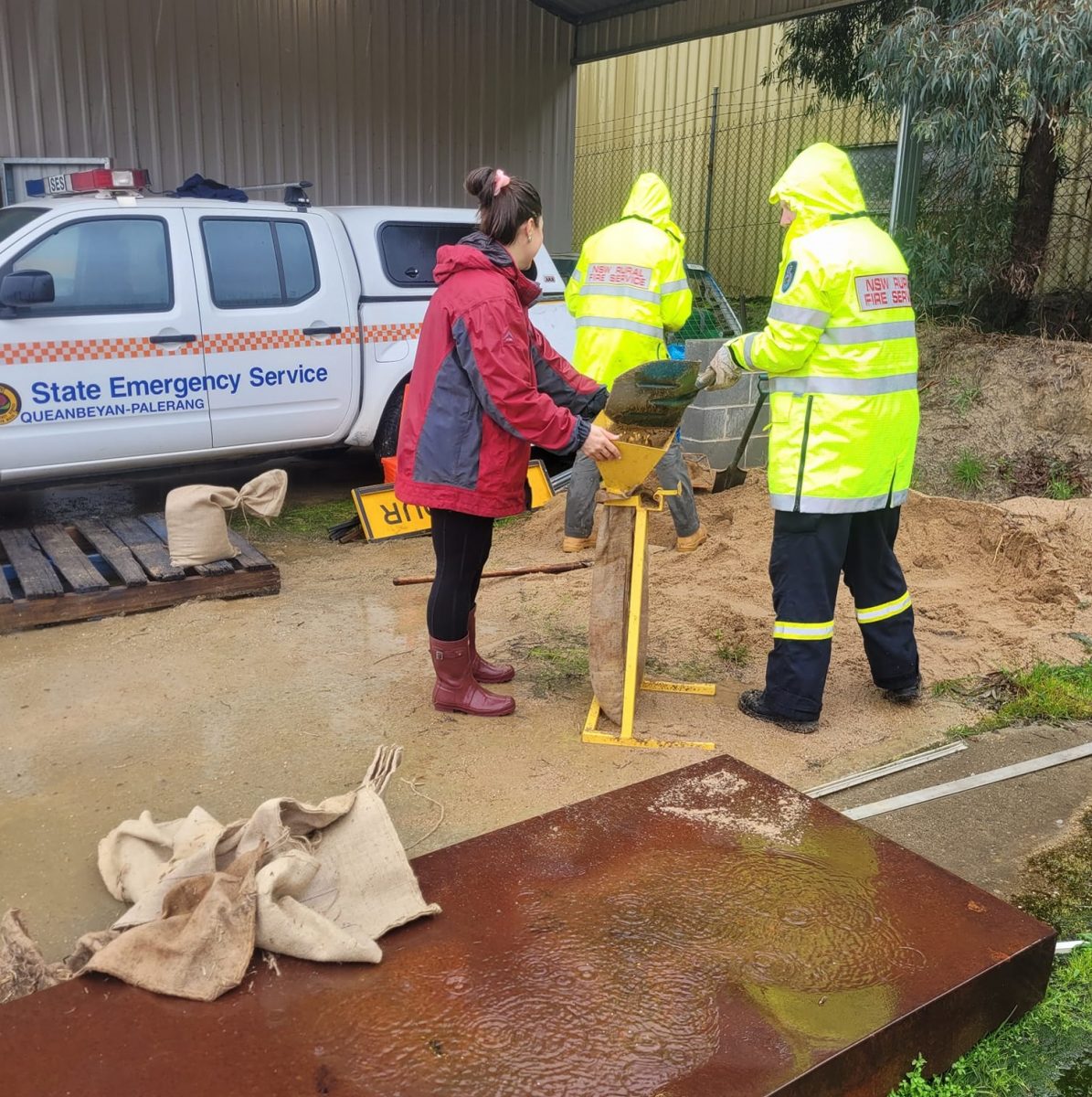 Emergency service and transport crews have spent the day mopping up after torrential rain fell across the ACT and surrounds.

More than a month’s worth of rain was delivered in less than two days across parts of the Territory, with Canberra Airport recording 43.8 millimetres.

“This brought the city’s two-day total up to 67.2 mm, which is well above its long-term monthly average of 46 mm,” he said.

Ginninderra collected 72 mm and Watson picked up 69 mm during the 24 hours ending at 9 am Friday (5 August).

The downpour saw 223 calls for help to the Emergency Services Agency, mostly for trees on roads and buildings, leaking and damaged roofs, and localised flooding.

“Some discharges of partially treated effluent may still occur over the coming days as we continue to process the inflow following the rainfall across the Canberra region over the last few days,” a spokesperson said.

“The majority of effluent discharged from the plant continues to be fully treated and disinfected … The proportion of partially treated effluent released into the river system represents around 0.3% of the Murrumbidgee River flow.”

Icon Water recommended residents on the Murrumbidgee River, from the junction of the Molonglo River and above Burrinjuck Reservoir, avoid getting water from the river for either potable (drinking or food preparation) or non-potable (domestic or stock watering) purposes in the coming days.

“There is no risk to the ACT water supply as the effluent is released downstream of our water sources. ACT residents can continue to use their taps and drinking water as usual,” the Icon Water spokesperson said.

Three flood rescues were conducted in the surrounding regions.

SES Queanbeyan-Palerang region local commander, Chief Inspector Robert Cunneen said one was for a vehicle which had decided to test floodwaters across the Turallo Creek bridge on Tarago Road in Bungendore.

“The bridge was flooded which meant people who lived in Elmslea Estate couldn’t actually get home … which timed almost perfectly with when people actually want to use that bridge, to come home from school or work,” he said.

“The vehicle didn’t make it all the way across so then they had to be rescued by an SES Flood Rescue Team, which is a risk to their lives.”

Another rescue was needed when the driver of a mini bus carrying three young passengers decided his vehicle had what it took to cross floodwaters into Captains Flat.

“The road closed signs were up .. the depth [of the water] wasn’t the issue here, but the road surface had actually started to wash away,” Chief Insp Cunneen said.

“Once the tar’s gone, the dirt of the road base erodes very quickly under the water.”

The third rescue was in the Nanima locality between Hall and Yass. 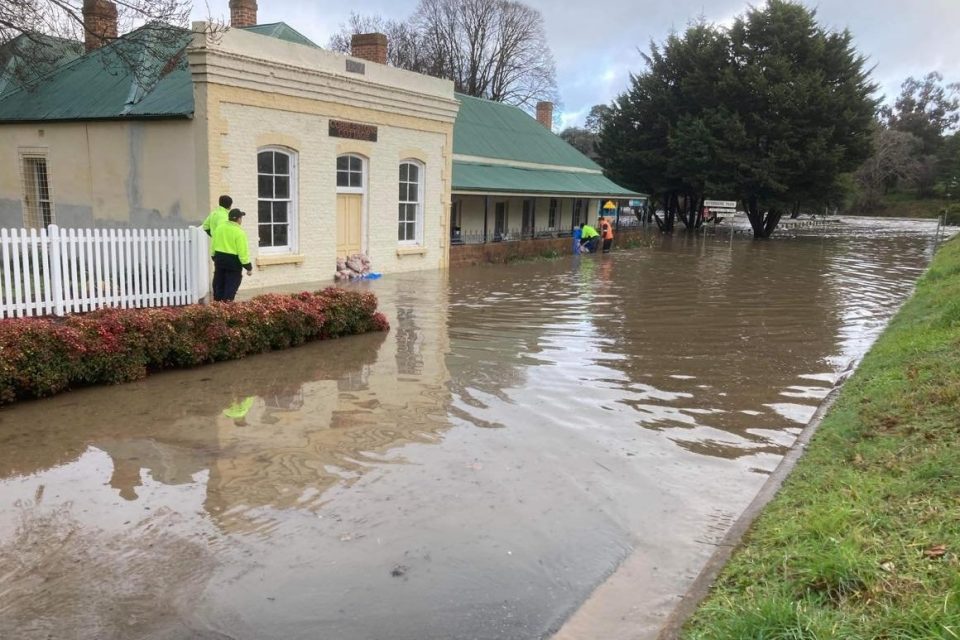 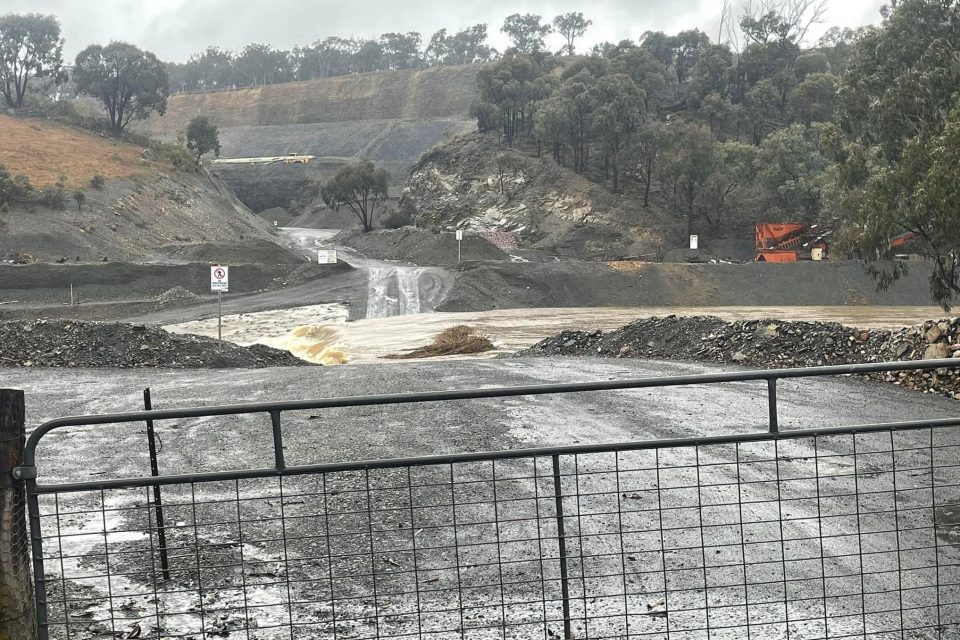 Murrumbateman Road past the quarry was shut due to flooding. Photo: NSW SES Yass Unit Facebook. 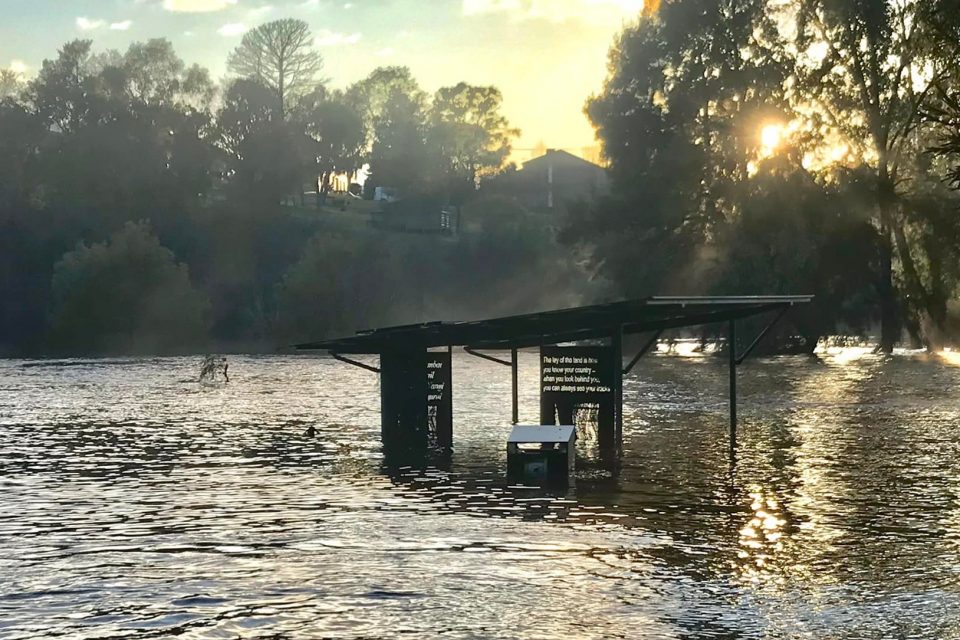 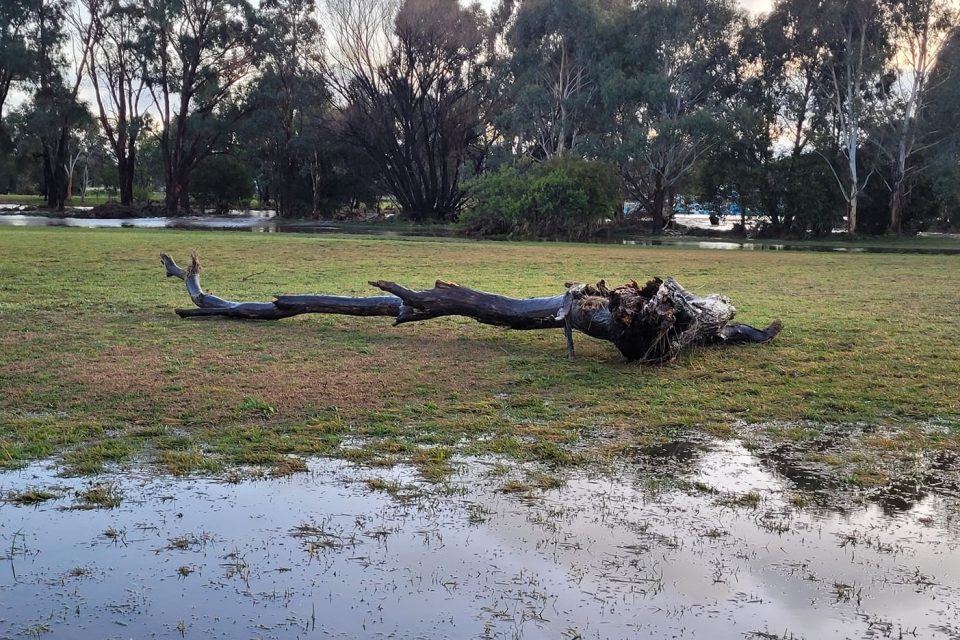 Large pieces of debris were washed away in the floodwaters. Photo: NSW SES Bungendore Facebook.

Chief Insp Cuneen was frustrated people not only put their own lives at risk when crossing floodwaters, but the lives of volunteers coming to rescue them as well.

“[Teams] believe there is a life at risk, so our people are conducting an emergency response, with lights and sirens,” he said.

“They’re trying to get there as fast as possible as safe as possible, but in the worst conditions possible.

“You’ve got debris in the water, you can have wildlife such as snakes, and they’re looking for something high and dry to attach to … there are contaminants in the water as well.”

READ ALSO Raise your hand, grab some binoculars and become a Waterwatch volunteer to observe platypuses

There were also reports of SES volunteers being abused by frustrated people at road blocks.

“It is very disappointing to see our volunteers and council staff subjected to abuse,” he said.

“The end goal here is to make sure everyone goes home safe as we deal with flash flooding and heavy rain. This is not the type of interaction we expect with our community in times of crisis.”

But there were also stories of community spirit and compassion.

The Bungendore Scouts opened the hall to shelter those who couldn’t make it home.

“It was somewhere nice, safe and dry for people to wait while the water receded,” Chief Insp Cunneen said.

“I believe some people ended up grabbing a swag from their car and staying the night.”

However Weatherzone’s Anthony Sharwood said there was good news on the way for snow-lovers.

“It seems highly likely that snow will fall from Friday into the weekend, repairing some (but likely not all) of the rain damage at Perisher and nearby resorts,” he said.

“[Also] the snowpack was in reasonable shape before this downpour, with over a metre at Spencers Creek, close to Perisher, Thredbo and Charlotte Pass. So while there will definitely be a few holes here and there around creeks, the overall cover on most runs should be okay by Monday.”

While this weekend was looking fairly clear, modelling was already suggesting more rain was on the way.

“Forecast models suggest that another northwest cloud band could develop next week and link up with a low pressure system to bring more rain to parts of every state and territory,” Mr Domensino said.

“While it is still too early to know how next week’s cloud band will evolve, there are already strong signs that it will produce widespread rain that could be heavy in some parts of the country.” 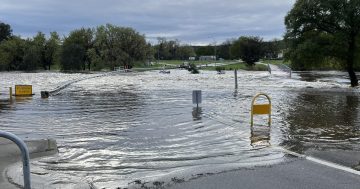