Democracy in the ACT - Governance by Committee? 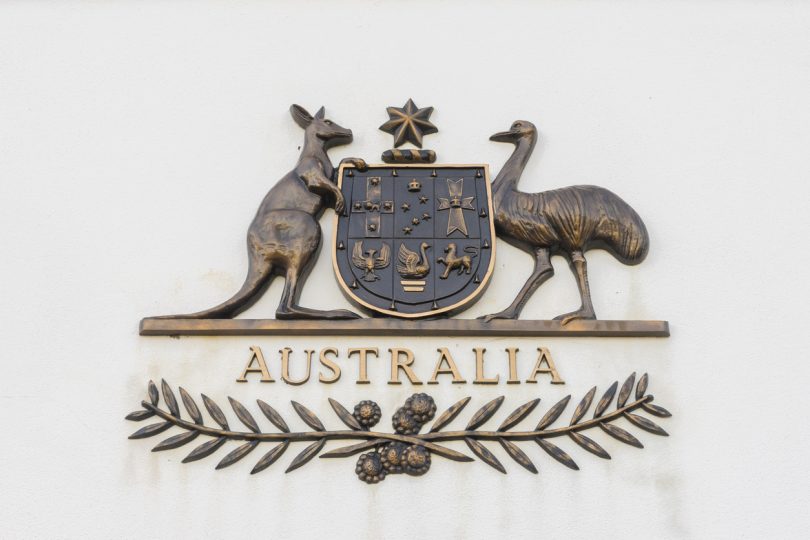 What does democracy mean to you?

In a recent article on election funding, a Riotact contributor made the assertion that [in the ACT] democracy was not delivering. My response was that it was but that it wasn’t delivering what he/she wanted. But that got me thinking about whether democracy was working here or not.

Interestingly, democracy was invented by the Greeks and when their civilization fell apart it kind of disappeared in favour of dictators, empires, monarchies, chiefdoms or feudal lordships. It was only about a hundred years ago or so that democracy emerged as an alternative governance system and even then it was challenged by the notion of socialism or communism, constitutional monarchism or dictatorships.

Heywood, in Political Ideologies (2007) gave a definition of democracy as “a political system that allows the constituents and citizens of a country the right to fairly vote and contribute to the decision of which individuals are ruling and are the governing power. Not only that but [it] provides citizens protection from the state”.

Heywood, in Politics (2007) also iterated the bit from Abraham Lincoln when Lincoln said that democracy is “a government of the people; for the people, by the people”.

Well, we certainly don’t have a dictatorship. Some say we are actually a part of a monarchy but for me, the People’s Republic of the ACT owes its allegiance to the people, even if the boys on the hill have a power of veto. And we sure as hell are not a communist state. So I guess we can call ourselves a democracy, but do we conform to the actual theory of a democracy? I think not.

We can keep the fellows honest and collectively boot them out if they don’t perform. Our Assembly is, in fact, a forum of competing political ideologies and forces and is a forum for discussion and decision. But only on the big picture stuff. The detail is left to ministers and bureaucracies.

I would argue that this means that the citizenry appears not to have a role to play in the everyday decision making in a real sense.

But Lincoln’s bit says governance “by the people”, suggesting a greater role than mere delegation of decision making power.

An observer of the issues raised in august publications like this one, and its competitors such as the Fairfax press and Murdock shock stock and TV and radio sensationalist stories of woe, will see a common thread. It is that there are groups of people who feel alienated from decisions which are affecting them detrimentally.

So let’s look at how decisions on everyday stuff actually occur.

The ministers make decisions based on advice from either the bureaucracy or private enterprise. These decisions are given effect by the same bureaucracies which advised a course of action. Sometimes, as mandated in legislation, either an Act or subordinate legislation, a course of community consultation will occur. This can be public meetings, pamphlets in a letterbox, articles in the media, print, electronic or social, or focus group. In the plethora of daily decisions on matters community, actual consultation is rarely engaged. Decisions are taken by certain officers with delegation from on high and that’s that!

So in the vast decision-making activity of governance, the making of decisions affecting the populace here ­– and it is the same in the other jurisdictions ­– is done by faceless folk who are not accountable to the public at large. Where decisions work to the detriment of this cohort or that, expressions of discontent are aired in public and at the ballot box, but rarely are decisions reversed.

Some would tell you that the exercise of the power of the vote is the essence of democracy.

I don’t think so.

I think it is only part of the democratic system. When a government, of whatever colour happens to be in vogue, unilaterally takes decisions “in the interests of the common good” without due involvement of that part of the community which could benefit or suffer detriment, then it is a collective governance by a select few. It is governance by committee – not democracy.

In other activities in the common realm, such as recreational groupings, child care or school governance, social collectives, we tend to elect a committee or board to administer and guide the activity. We delegate our authority to that committee or board and sit back and reap the benefits silently or complain about the shortcomings loudly. That we can toss them out at the next election is our democratic right but unless a true, transparent and honest communication is enacted, a pure democracy is not in play.

How often have you heard that the committee is using [insert activity here] as their personal plaything, their own fiefdom? This is because there is an impure form of democracy at work.

The same can be said for our version of the Westminster system. It is just a governance by committee, with an opposing committee running interference, supported by officers wielding authorities of which the majority of us are unaware until it impacts on us. Then we complain and wear it.

So what can be done? The injection of a bit of honest involvement in the contemplative stage of idea development would be a good start. The floating of ideas in the public arena, with no pre-determined conclusion, may just reap rewards if the politicians and bureaucrats have the guts to go there. And, the public needs to have the grace to recognise that a float, with no pre-determination, is an honest way of seeking advice – this is imperative.

Winston Churchill apparently said that democracy is not perfect but that it was the best system available. Yeah, well, we have around the world a number of versions of democracy and some are hideous and some are just not delivering.

We can do great things if the collective mindset, enshrined in pure democracy, is engaged. In the meantime, we live under the governance by committee. So either suck it up or speak out.

What are your thoughts on this? Share them with us by commenting below.

Indeed governed by a committee who think they know what is best for us. Committee comprises the so-called Balance of Power ACT Greens. They act if they are holier than thou and are hypocrites. One also needs to ask how representative of Canberra they are with their 700 odd members.

Community consultation is just lip service. It comes down to who has the deepest pockets in Canberra.

Unions ACT has veto rights on any decision the government makes. So if they ever do listen to the community, the union will say yay or neigh. That is not community consultation.

Let’s face it, the majority of Canberrans have become tolerant of the style of government we have had for almost 15 years. There are some younger voters have no idea what things could be like under another government and thinking what we have is the norm they are apathetic to any change.

I think it was Aristotle who said the fall of civilisations is preceded by tolerance and apathy.

One party being in power for such a long time breeds complacency and consultation is the first casualty.

One easy way of registering the interests of the people it serves is having an open Facebook page where people can debate government decisions. Instead we have rigged, groupthink, ministerial Advisory Councils for favoured minority causes – which are largely ignored by the majority of the stated minority (pun intended).

So a couple of things.

“The complaints about “lack of consultation” on planning decisions, (which is really that the complainants didn’t agree with the decision makers view) is a common, almost boringly constant, complaint.” is precisely the type of arrogant, condescending attitude that annoys voters like me. Consultation is entering in a dialogue with people. Not, we’ll let you talk and still do what we wanted to do. The latter is NOT consultation. You want me to stop being almost boringly constant? If I express concerns, go to the trouble to explain how my concerns have been addressed, or why they are not addressed. THAT is consultation.

Secondly Lincoln’s “by the people” refers to democracy allowing the people to choose the government. It doesn’t mean the people get to directly take part in decision making. There is no provision in the modern definition of democracies to allow decision-making by the people, outside of directly choosing their representatives.

Interestingly, whilst the majority of people lose their minds over crypto-currencies, one of the possible applications of the underlying blockchain technology would be to allow people to have a direct vote on a matter, while maintaining their anonymity. Of course there would need to be many wrinkles to iron out, not the least of which being the need for all citizens to have access to the technology, but it could certainly change how democracies work in the future.

We’re governed by political donations. There is no democracy in the ACT. 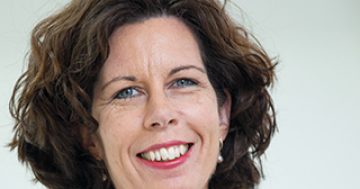 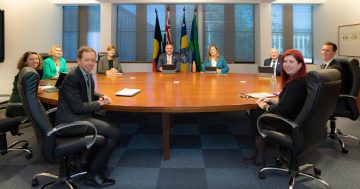