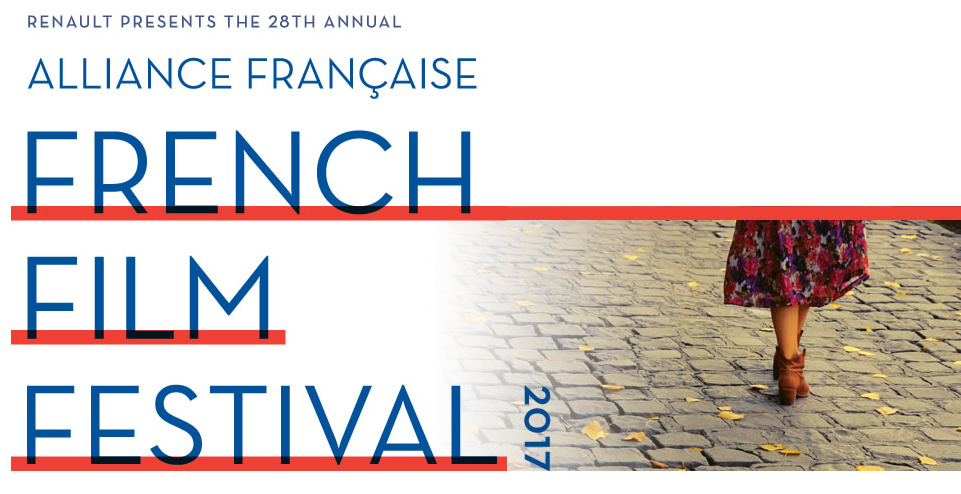 45. That number again: 45. Beginning today, and throughout the month of March until early April, Palace Electric cinemas in New Acton will be screening 45 films à la Française as part of the French Film Festival – a highlight in the Canberra-calendar cornucopia of film festivals which make their way to the nation’s capital.

Returning in its 28th iteration, the 2017 Alliance Française Film Festival shows no signs of slowing down. Having gone from strength to strength over its 28 years, its scale is a testament to the sustained reach of the Francophonie – the cultural and linguistic spread of all things French across the globe. It is a beautiful reflection of our cultural synergy with the French that the festival is the single biggest showcase of French film anywhere in the world outside of France. Having lived in France, I can attest to the allure of the French way of life and their cinematic output certainly falls into that category of appeal.

The ten festival categories this year include: Laugh It Off, Centre Stage, In the Court of Versailles, A Little Bit of Cannes, On the Road, Girl Power, Growing Up, Age of Innocence, Wish You Were Here and A Great Adventure, so you are bound to find something to pique your appetite. This year, the festival also aims to foster and nurture growing talent thereby showcasing seven feature-film debuts from emerging film-makers.

The buffet begins March 9 with L’Odyssée (The Odyssey), starring Lambert Wilson and Audrey Tatou, a biopic which traces the life of a man whose name is known to many but whose feats are less widely understood: famed French oceanographer, Jacques Cousteau.
*At the time of publishing, tickets are selling fast to four simultaneous sessions.*

Closing night treats us to Le Petit Locataire (A Bun in the Oven), a French comedy about pregnant Nicole (Karin Viard of recent The Bélier Family fame), who is set to begin her unconventional journey into motherhood at 49 years of age.

The festival will also feature three special events presented by The High Commission of Canada, The Canberra Business Chamber and The Canberra International Music Festival respectively. All will host pre-screening parties including music and amuse-bouches.

Dr Gemma King, a researcher and lecturer in French studies from the ANU College of Arts and Social Sciences will be in attendance for two Q&A sessions following A Kid and Farewell, My Queen; the latter to coincide with the current Versailles Exhibition at the National Gallery of Australia, Canberra.

6:30 Reception incl. drink on arrival and gift-bag
7:00 Film, followed by after party and live music

At a glance and in no particular order, my picks for the festival are:

The Unknown Girl – another searing piece of social realism from acclaimed Belgians, the Dardenne brothers (The Child; Two Days, One Night)

The Innocents ­– Based on true experiences of Madeleine Pauliac, Anne Fontaine’s fable of a young doctor caring for soldiers during WWII who is thrust into a moral quandary of convents, nuns, pregnancies and war (France/Poland co-production)

Things to Come – a fifty-something woman must suddenly reinvent her life. Anything starring the inimitable Isabelle Huppert is probably worth your time (France/Germany)

Elementary – a drama highlighting the personal, moral and physical demands placed upon modern-day teachers in a job which is both heart-warming and heart-breaking

A Kid – an ode to life, death, family and self-discovery (France/Canada)

Heal the Living – Maylis de Kerangal’s internationally acclaimed novel is adapted for the screen, fusing disparate tragic events into a medical drama about family, hope and the fragility of life

The Stopover –Winner of ‘Un Certain Regard’ for Best Screenplay at the 2016 Cannes Film Festival, a serpentine tale of two female soldiers dealing with the trauma of war (France/Greece)

All films are in French, and some include a combination of other languages reflecting the multicultural diversity of the films on offer. All films have English subtitles.

As is customary, the biggest drawcards on the bill will likely enjoy ‘back-by-popular-demand’ encore screenings towards the end of the festival.

You can also pick up the Unofficial Soundtrack to the Festival, So Frenchy, So Chic at JB Hi-Fi to really get into the swing of things between screenings.

The Official Program is available at Palace Electric Cinemas in New Acton or you can visit the website at www.affrenchfilmfestival.org/

Be sure to also register on the website for your chance to pick up some fantastic prizes!

My pleasure! It’s very gut-feeling on my part. I approach film festivals like art galleries in that I definitely don’t expect to like everything I see, let alone everything on the actual bill! Ha. As you say, just seeing any 45 great films per year would be a pretty solid return for most people.

Thanks for unpacking this festival Ariel, very helpful. I also heard that 150 Milligrams is good. But I was wondering, can all 45 films really be good? I don’t think I could think for 45 English language films released in a year that are good!

chewy14 - 11 hours ago
Jam, "but a lot of revenue will be brought in from the land tax/rates on the denser developments justified by the light rail"... View
bj_ACT - 15 hours ago
Can you point to why inner Canberrans are subsidising outer suburb Canberrans? The analysis I have seen has shown the opposit... View
brianf - 15 hours ago
I'm sorry Jam but successive auditors reports have failed to find any evidence of these supposed windfalls, and the whole bus... View
News 7