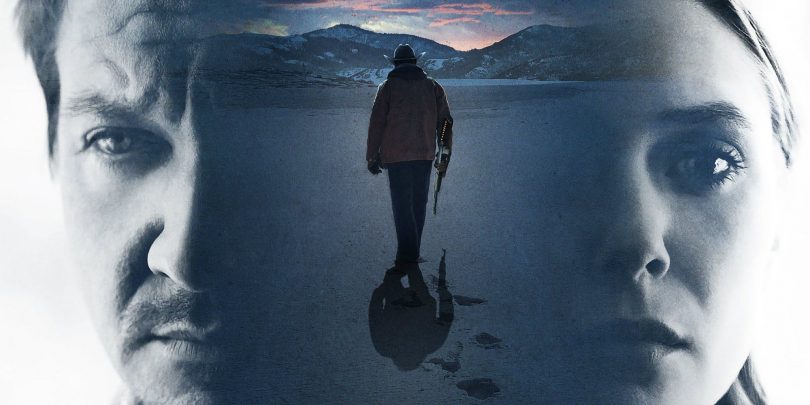 Cold blood in a cold climate

Taylor Sheridan is quickly becoming one of my favourite writers. Having penned 2015’s Sicario – one of the most assured story-telling debuts in recent years – Sheridan delivered his follow-up, Hell or High Water, in 2016. With Wind River, he rounds out the ‘frontier trilogy’: a loosely-linked thematic triptych which has now explored the USA/Mexico border drug war, the tug-of-war between banks and estate owners in America’s south and now, finally, life at the edge of the Native American wilderness.

While Sicario was helmed by director Denis Villeneuve (Arrival, Blade Runner: 2049), and Hell or High Water by David Mackenzie (Starred Up), Taylor Sheridan has thrown his director’s hat into the ring at the third time of asking. The decision has paid off. That this is his directorial debut, not to mention only his third script, is seriously impressive. Three’s a charm.

Wind River tracks the investigation into the death of a Native American woman found dead in the frigid white wilderness of Wind River Indian Reservation by Cory Lambert (Jeremy Renner), a US Fish and Wildlife Service Agent. With foul play readily established, fresh-faced FBI Special Agent Jane Banner (Elizabeth Olsen) is brought in to investigate as she is closest to the scene at the time. However, the area itself is far from what Jane is familiar with and she quickly finds that, despite it being within her jurisdiction, she is an outsider to the geography and the culture of her newfound environment. With years of experience as a tracker, Lambert pairs with Banner to help hunt a different kind of prey.

Akin to Emily Blunt’s role in Sicario, Sheridan again presents a strong, central female character, unflinchingly thrust into gritty and unfamiliar terrain. Elizabeth Olsen similarly rises to the challenge. Having yet to really break out despite an already respectable run of roles which easily eclipse the celluloid credibility of her twin-sisters Ashley and Mary-Kate, Olsen is convincing as the vulnerable rookie who gets more than she bargained for. Jeremy Renner really grows into the role as the film progresses, in turn endearing himself to the viewer. Sheridan has again collaborated with Gil Birmingham (Hell or High Water), casting him as bereaved Native American father Martin Hanson. Another previous collaborator, Jon Bernthal (Baby Driver, Sicario), also appears playing against type. No one else is particularly recognisable and this proves an asset to the film. After all, we cast a gaze upon a misunderstood and overlooked sector of society – one with which most of us are realistically unfamiliar.

Wind River knows how to ratchet up the tension with slow builds. There are several truly memorable set-pieces which are wholly gripping, and the film remains absorbing throughout. Its tone is unflinching, brutal and unceremonious – reflective of the unyielding nature of the surrounding environment. This is muscular, assured film-making. Sheridan’s previous two scripts have already garnered 7 Oscar nominations between them (Best Film and Best Original Screenplay for Hell or High Water), and the now auteur has already received widespread praise for Wind River which was well received recently at Cannes. Soldado, the sequel to Sicario, is already in the pipeline. In the meantime, Wind River is the cool crown on Taylor’s three-peat. Highly recommended.