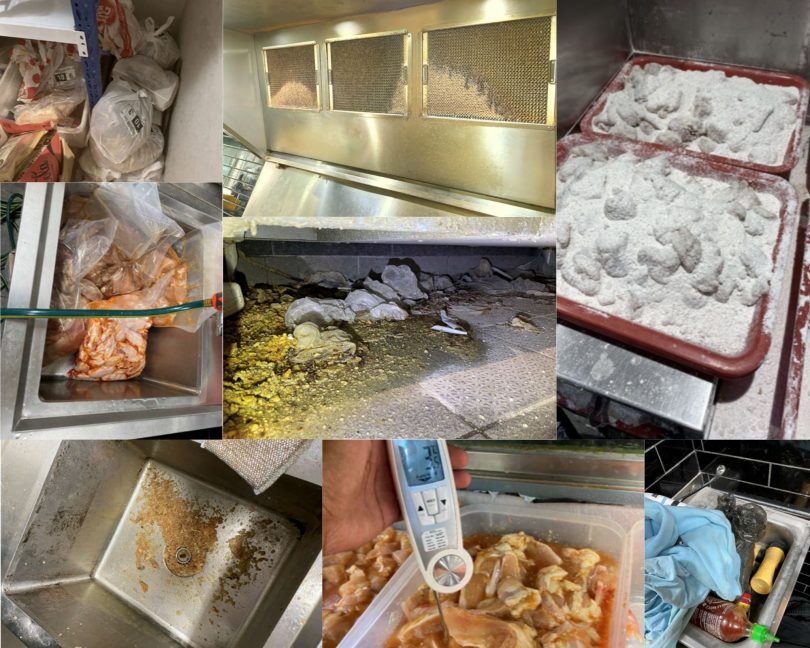 The results of an inspection into the fried chicken restaurant Hot Star at the ANU have been made public following a Freedom of Information request. Photos: ACT Health.

The initial health inspection that led to the closure of a fried chicken joint at the ANU campus has been made public, and it doesn’t make for savoury viewing.

Hot Star Large Fried Chicken was closed for a brief period in early March after it was issued with a food safety breach by ACT Health.

It has since reopened and is now under new management.

Kevin Du, who was not the manager at the time of the breach, said all the cleaning required had been completed and ACT Health gave the restaurant the green light to reopen.

Mr Du said the Hot Star team was ready to put the saga behind them and was committed to food health and safety.

An inspection conducted back on 2 March, and now released via a Freedom of Information request, revealed a workplace that at that time was unclean, disorganised and mouldy.

Health inspectors were called in after a complaint was made to the directorate regarding the unclean condition of the premises. That customer allegedly became ill after consuming food from the premises.

Mould had built up on multiple pieces of equipment in the kitchen, including the sinks and the fridges. 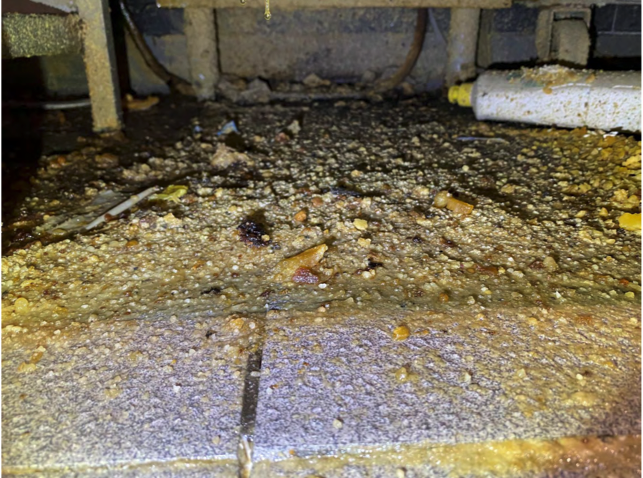 Inspectors described the build-up of food debris under the cook line as “significant” and the area under it was also unclean, as was the bench fridge.

The exhaust hood filters had a build-up of grease and fats, and ice had been left to build up in the freezer.

One sink – intended to be used for hand-washing – was full of clothing and food instead.

It was also revealed the restaurant had been defrosting raw chicken in the food preparation sinks at room temperature overnight. This chicken was then left to reach a temperature of 8.5 degrees Celsius.

According to the Australian Chicken Meat Federation, raw chicken should not be defrosted at room temperature, and it is meant to be stored at 5 degrees or lower.

The inspection report showed that this chicken was voluntarily disposed of over the course of the investigation. The business also had no thermometer on-site, despite being a legal requirement.

Furthermore, the station where the raw chicken was battered was shown to be unclean, as were the containers holding spices and flour.

In addition to these issues, storage areas were disorganised, with food items being stored on the floor of the dry storage and freezer spaces.

The restaurant was served a Prohibition Order as inspectors found “significant issues, the cumulative effect of which represents a serious risk to public health that must be averted”.

These issues included a failure to maintain the required temperature control for food and a failure to store food in a way to protect it from likely contamination. Inspectors also determined that there were no hand washbasins and there was no cleaning and sanitation plan.

Inspectors also found an “absence of appropriate skills and knowledge in food safety and hygiene matter” and unclean or unsanitary surfaces and equipment.

Hot Star was able to reopen after it complied with a list of rules and regulations set out by the health inspectors, which it did so following a reinspection in mid-March.

Please name and shame the owners.

Would love to see health authority grades displayed in windows of food businesses like happens in other cities/countries.

Reminds me of the Fawlty Towers episode about the health inspector.

“Dirty, disorganised and dangerously warm” with a headline like this I was expecting another article about our politicians.

New management doesn’t mean new owner, or staff.
Looks horrible, I’m surprised that ANUSA or whatever is currently managing all these chains is letting it get that far.

Back in the day the only good place was the general store, but they got sent out because they were much cheaper than the SA run places. Most of the places seem to be run by students so you get limited experience and shortcuts at exam times.