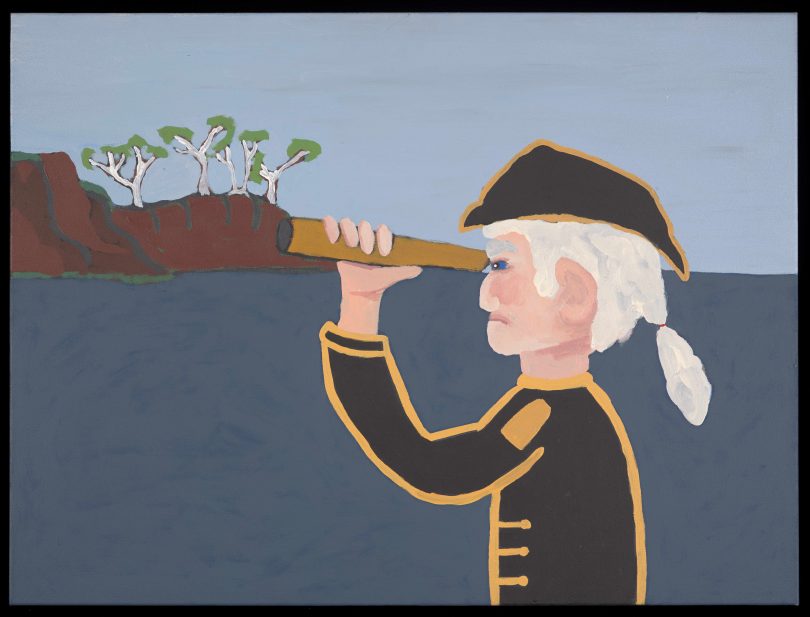 For the first time, the story of James Cook’s momentous voyage up the east coast of Australia will be told from both sides of the cultural divide in the National Museum of Australia’s delayed landmark exhibition, which opened on Tuesday (3 June).

The NMA says the exhibition marking the 250th anniversary of Lieutenant Cook’s remarkable 1770 passage in the HMB Endeavour, which had to be put on hold when COVID-19 restrictions closed institutions across Canberra, presents both the view from the ship and the view from the shore.

It may be ”showcasing one of the great seafaring feats of our time”, but the exhibition’s title makes it plain that it is not a one-eyed tale of British derring-do.

Endeavour Voyage: The Untold Stories of Cook and the First Australians places the people Cook encountered firmly in the landscape as active players.

The NMA says the exhibition immerses visitors in the moment when two great knowledge systems came face to face, and goes to the heart of Australia’s shared history, shining a light on the country’s often tumultuous past and exploring the possibilities for the future.

Expanding on the often one-sided narrative associated with the Endeavour story, the exhibition will honour both Cook’s great voyage of scientific and geographic exploration and the rich Aboriginal and Torres Strait Islander culture that has thrived in Australia for some 65,000 years, the Museum said. 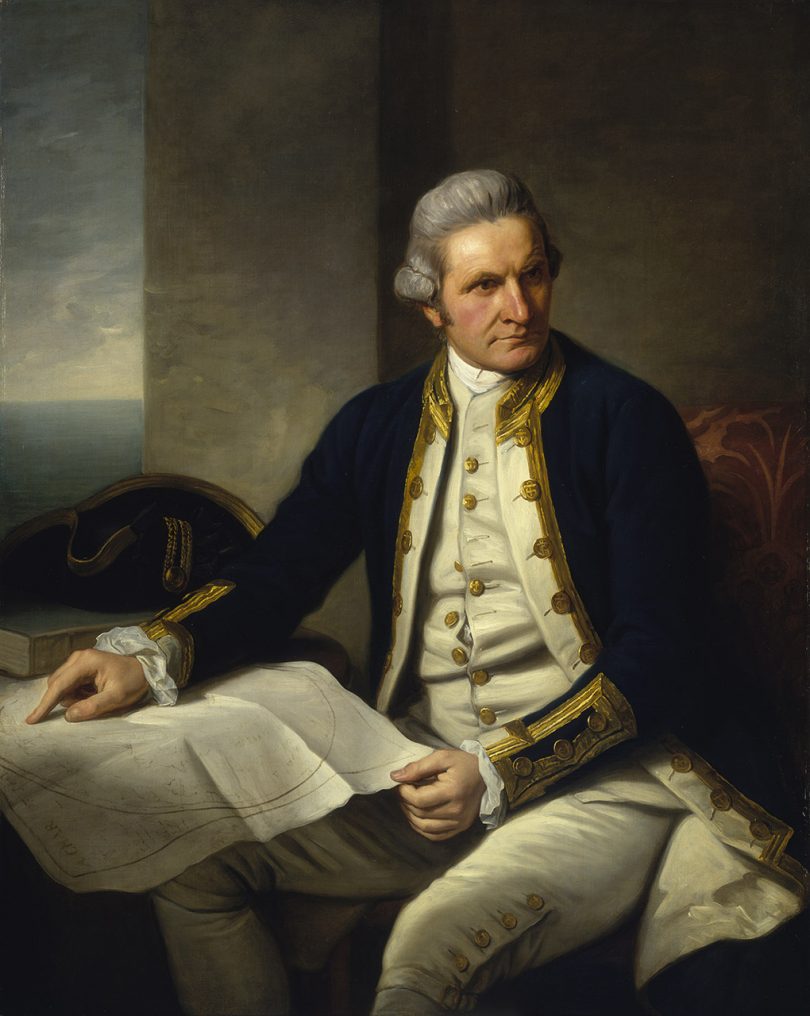 Captain James Cook (1728-1779), by Nathaniel Dance, will be displayed for the first time in Australia.

National Museum Indigenous Reference Group (IRG) chair Fiona Jose said the Museum had worked with communities whose ancestors encountered the Endeavour, and their voices would ring loudly in the story.

“The Endeavour Voyage exhibition will rebalance the conventional historical record by exploring how this momentous meeting of two great cultures was perceived from both the ship and the shore and its continuing impacts,” Ms Jose said.

National Museum director Dr Mathew Trinca said the exhibition would talk to the power of dialogue.

“The tragic violence surrounding the beginning of the Botany Bay encounter demonstrates a failure of dialogue, just as events in Cooktown just a few months later demonstrate intercultural collaboration and understanding and are described by locals as the nation’s first act of reconciliation,” said Dr Trinca.

“This anniversary presents a historic opportunity to honour both Cook’s extraordinary achievement, and the rich and resilient cultures of this nation’s First Peoples, in an effort to understand our shared history – and to use that knowledge as a springboard for a hopeful future.”

The exhibition is the result of extensive collaboration between curators and east coast Indigenous communities whose ancestors witnessed Cook’s passage, and is one of a suite of National Museum projects marking the anniversary year which include the Cultural Connections Indigenous community cultural maintenance project and the Encounters Fellowships program for Indigenous cultural workers. 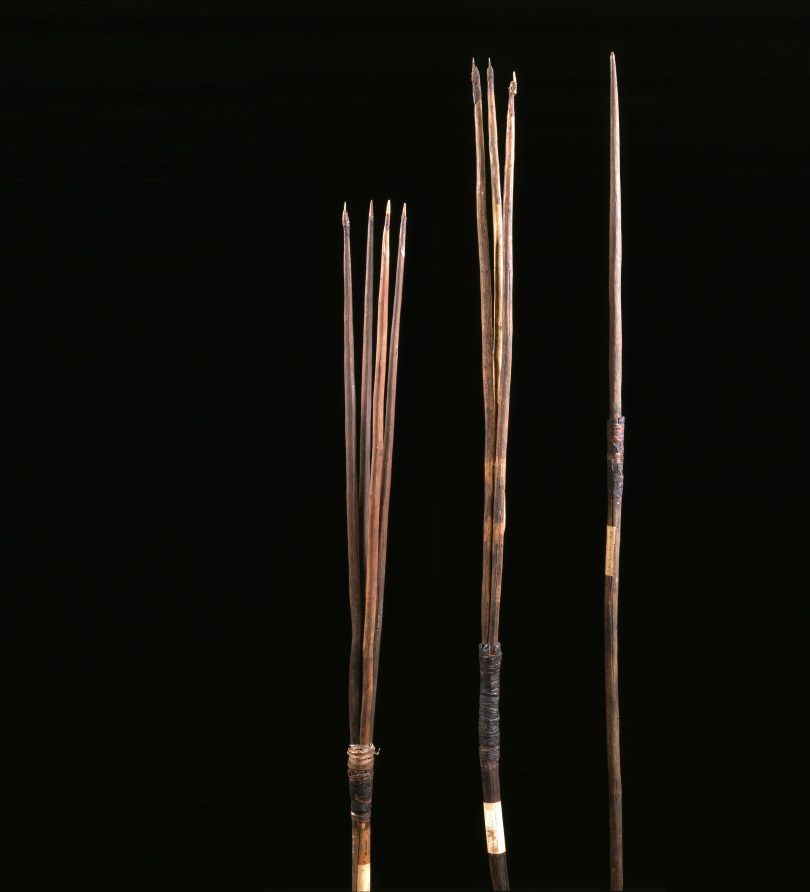 The exhibition will showcase the unique view of Aboriginal and Torres Strait Islander Australians from the shore as the Endeavour wound its way up the east coast, a narrative framed by the stories of descendants of those who encountered Cook and his men.

It will track Cook from Munda Bubul (Point Hicks) in eastern Victoria; incorporating the violent beginnings of the encounter at Botany Bay; the grounding of the ship in Cooktown where Indigenous owners shared their resources with the beleaguered crew; and finishing with Bedanug/Bedhan Lag (Possession Island) in the Torres Strait – the site where on 22 August 1770 Cook claimed the land for the British Crown, despite Indigenous Australians’ connections to the land.

Featuring an immersive digital experience by award-winning filmmaker Alison Page and director Nik Lachajczak, the show will invite visitors to feel the gravity and the emotions of the 1770 events, which were a turning point in human history on this continent. 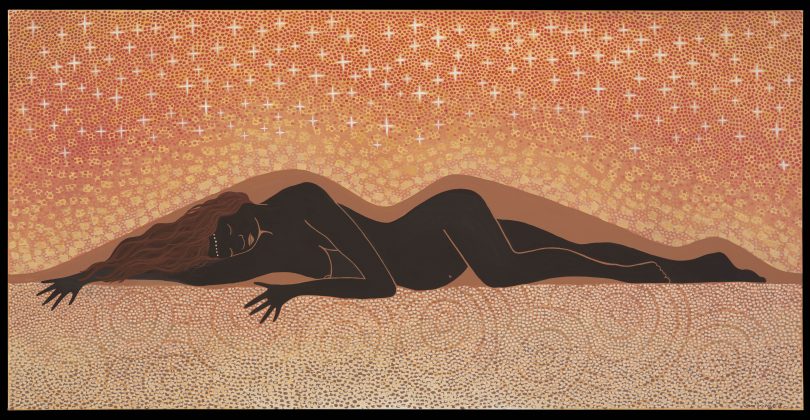 Painting of the South Coast’s Gulaga by Cheryl Davison, 2018.

It also includes objects and artifacts from the voyage such as Cook’s journal, fishing spears from Botany Bay, Joseph Bank’s cooking apparatus, and zoological drawings and watercolours, and a cannon from the Endeavour,

For the first time, Nathaniel Dance’s renowned 1773 portrait of Cook, on loan from the UK Maritime Museum, will be displayed in Australia.

Contemporary Indigenous works by artists including Brian Robinson and Michael Cook reinterpret the Endeavour story and its continuing legacy for First Australians.

Endeavour Voyage: The Untold Stories of Cook and the First Australians is free but visitors will need to book due to timed ticketing as part of the COVID-19 restrictions.

To plan your visit and understand the social distancing rules go to the NMA website.

Well John Moulis. If it hadn’t been the Englishman Cook who mapped and claimed the east coast , it would have been possibly the French and we’d be saying Bonne Journee , or given just a few more years the Yanks would have certainly grabbed the joint.
If there was one country looking for more territory it was them.