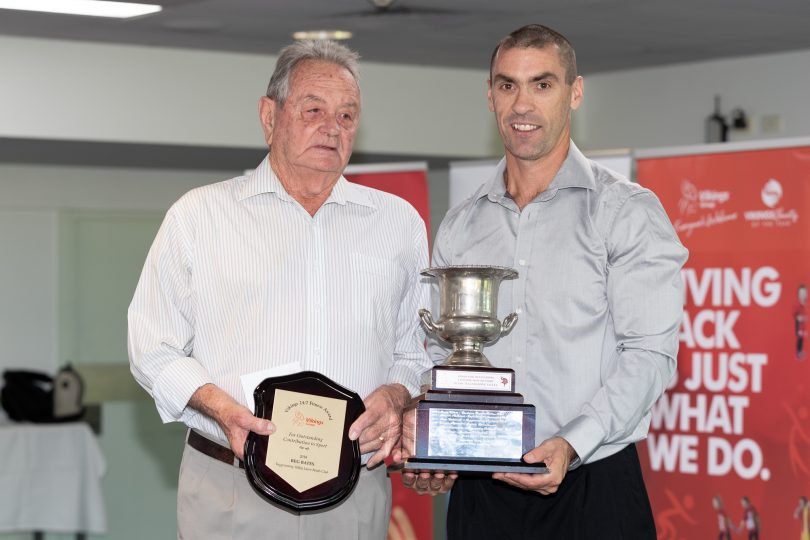 Longtime volunteer with the Tuggeranong Vikings Lawn Bowls Club, Reg Bates exemplifies all that is positive about community sport. Reg up until recently had been the secretary of the Lawn Bowls club for 15 years, like many volunteers working 7 days a week undertaking all manner of tasks.

He was one of 5 major award winners at the Vikings Group Annual Sports Awards night with the focus on the contributions of local athletes, coaches and volunteers to the Canberra sporting community.

Reg is thankful that the Lawn Bowls club is also supported by the Vikings Group. “I am a proud member of the Vikings family, I thank them for their generous support, without it there would be no bowling club,” he said. 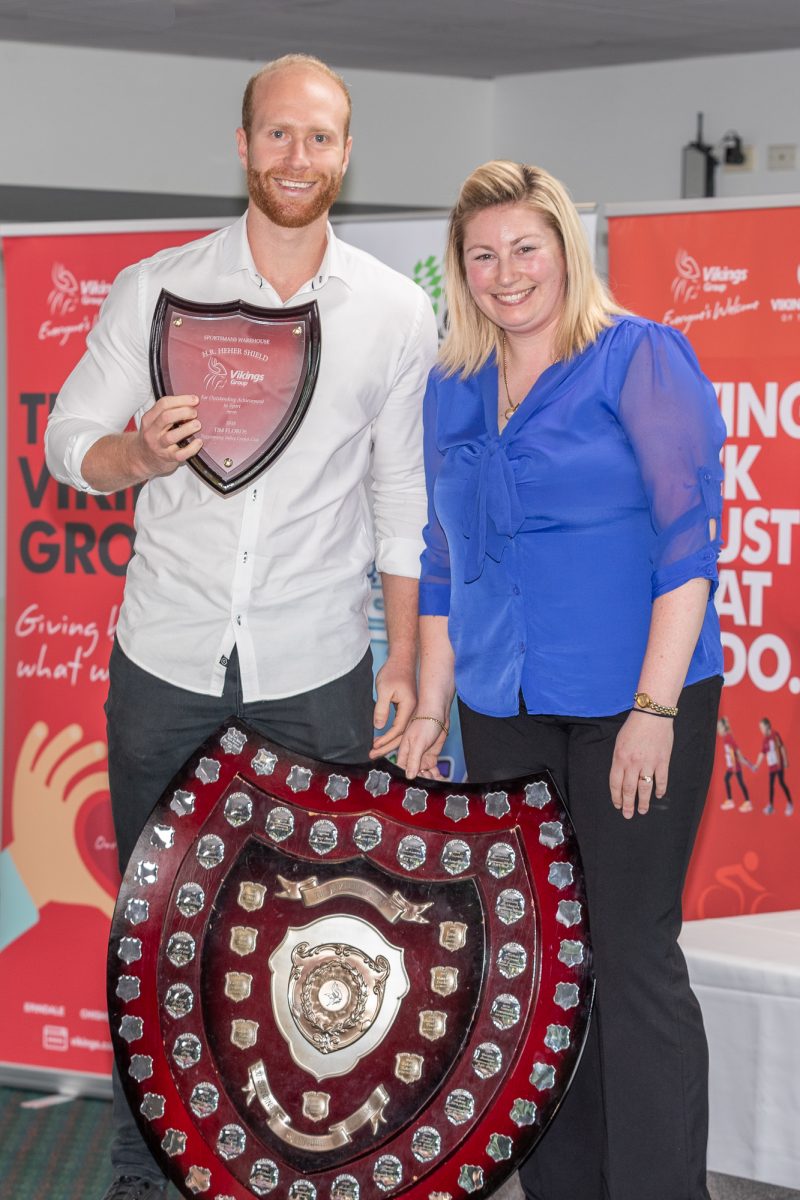 This pretty much sums up the vital role the Vikings Group plays in the community. Vikings Group CEO Anthony Hill says it’s important to recognise the achievements of many within that community. “Our ongoing support and acknowledgement of the achievements of our local sports people is an important focus of ours, and we hope to continue this throughout the year,” he said.

Other award winners on the night were cricketer Tim Floros who won the Outstanding Senior Athlete Achievement Award, Mike Barber who was named the outstanding coach, Blake Jones the Outstanding Junior Athlete while the Best Team Performance award went to Samantha Thomas and Valeria Volkova. 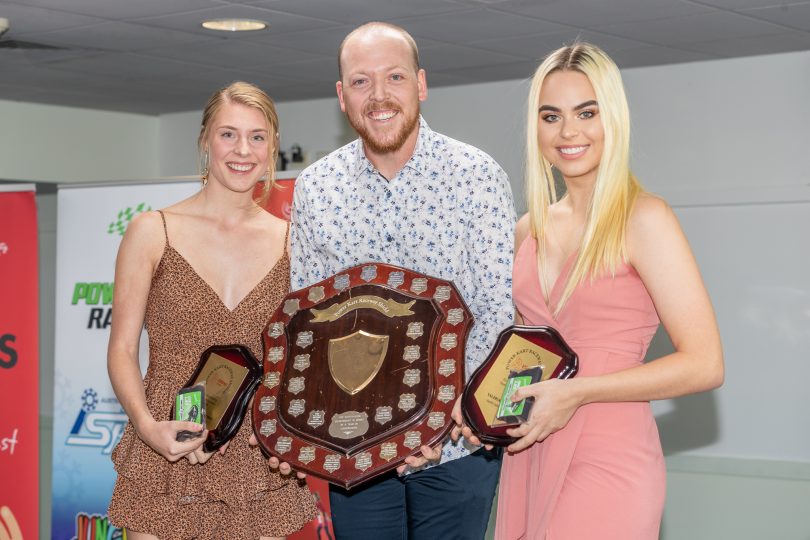 In addition to the Sports Awards, ten scholarships were presented to local Tuggeranong Valley athletes to help them reach their ongoing sporting goals.

Anthony Hill says the community benefits through the efforts of those involved in sport. “It’s an honour to be surrounded by very passionate and talented individuals, we’re looking forward to seeing how they progress in the future”. 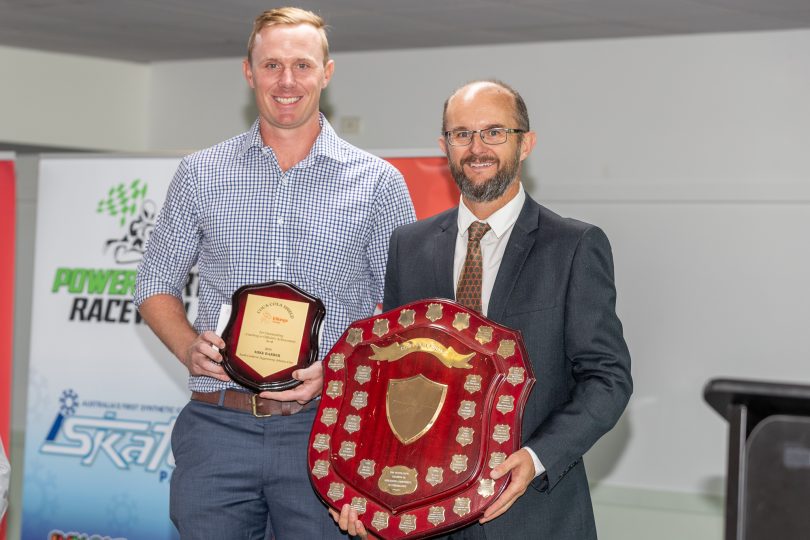 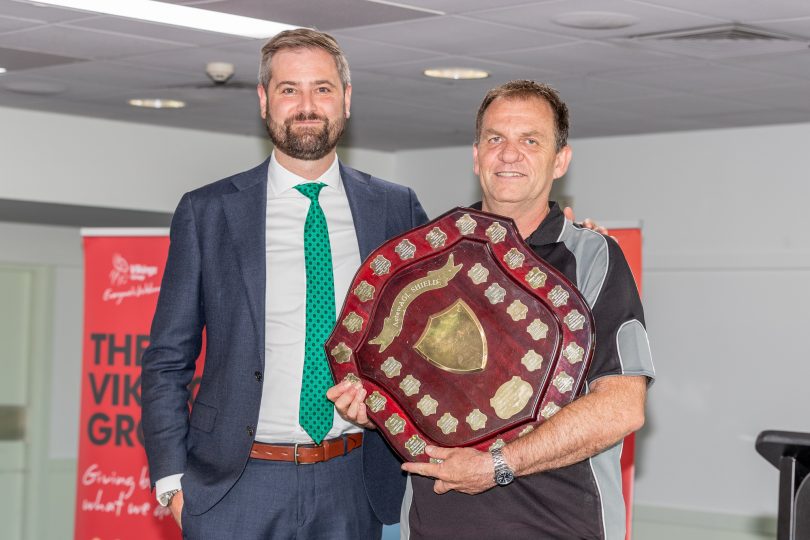 Wendy Young - 27 minutes ago
no. These ideas are disconnected View
Acton - 30 minutes ago
Maybe, because some young people are very cluey. So give them an intelligence test before enrollment. Would you vote Greens?... View
Frank Koch - 49 minutes ago
I don’t understand why you are forced to vote. View
Opinion 84

Thom Vaan - 38 minutes ago
Adam Angel Christine Cotter look it’s us! 😂 View
Liz Hampton - 56 minutes ago
Michael Strand narcissists can still get into relationships. View
Marek Moeckel - 1 hour ago
"It's time people with jobs realised how lucky they are and accepted that there is a certain 'employment privilege' that make... View
News 1

TheSilver - 1 hour ago
No. And repeal the emergency powers act. View
Courts & Crime 4

Heidi Greenthumb - 2 hours ago
Why has it taken so long?? View
Capital Retro - 14 hours ago
"A light on an Army helicopter may have sparked the fire" I have never flown a helicopter but I had a light plane many years... View
News 16

Kathleen Beck - 4 hours ago
All fun complaining until you need police. View
William Vass - 9 hours ago
Don’t show up for a break-in but worry about scooters. What’s wrong with policing in the ACT??? View
kenbehrens - 13 hours ago
Has anyone ever been fined for smoking at a bus stop? Has anyone been fined for not wearing a mask on public transport? There... View
News 33

Matthew Pez - 6 hours ago
Simon Adamson how is mowing your lawn at 8pm when there is still light a malicious crime? View
Robert Kearon - 10 hours ago
I would rather 8pm than 8am... not everyone is old and Karen View
Nathan Beck - 11 hours ago
David Cole it would be growing faster than they can cut it in this weather 🤣 View
News 74

Mamy Watts - 7 hours ago
Same outcome, they do nothing anyway. Look out insurance will go up with people making fake claims. View
Capital Retro - 14 hours ago
Some how I don't think insurers will cop this without conditioning the terms and conditions of their cover for home burglarie... View
Jenny Graves - 14 hours ago
Adam Rolls I presume you use your commonsense but don't actually harm them. View
Food & Wine 9

BlowMeDown - 14 hours ago
I recall my father and I taking the boat out on the western shore in the mid 1960s, where the water has yet to return. It was... View
show more show less
*Results are based on activity within last 7 days

Of all the legislation that the Morrison Government has decided to prioritise, its voter identity bill is arguably the least...
Opinion 84

I have a friend who is perpetually single. She lives overseas, and we catch up almost daily via voice notes...
News 84

@the_riotact @The_RiotACT
DIY #crime reporting? Ian Bushnell wonders whether self-reporting minor crimes is the brainchild of a bureaucrat or a crafty plea from the #police for more resources https://t.co/T7rRqLU1zQ (56 minutes ago)

@the_riotact @The_RiotACT
From #Canberra cafes and local sport, to music and birdlife, there's plenty to test your knowledge in this week’s Ken Behrens #Quiz https://t.co/H20meIMu6J (11 hours ago)

@the_riotact @The_RiotACT
Looking for something to do in #Canberra this week? From #Christmas markets to Korean #films, here are 10 things to do in the capital https://t.co/FGRP1gEBLz (12 hours ago)