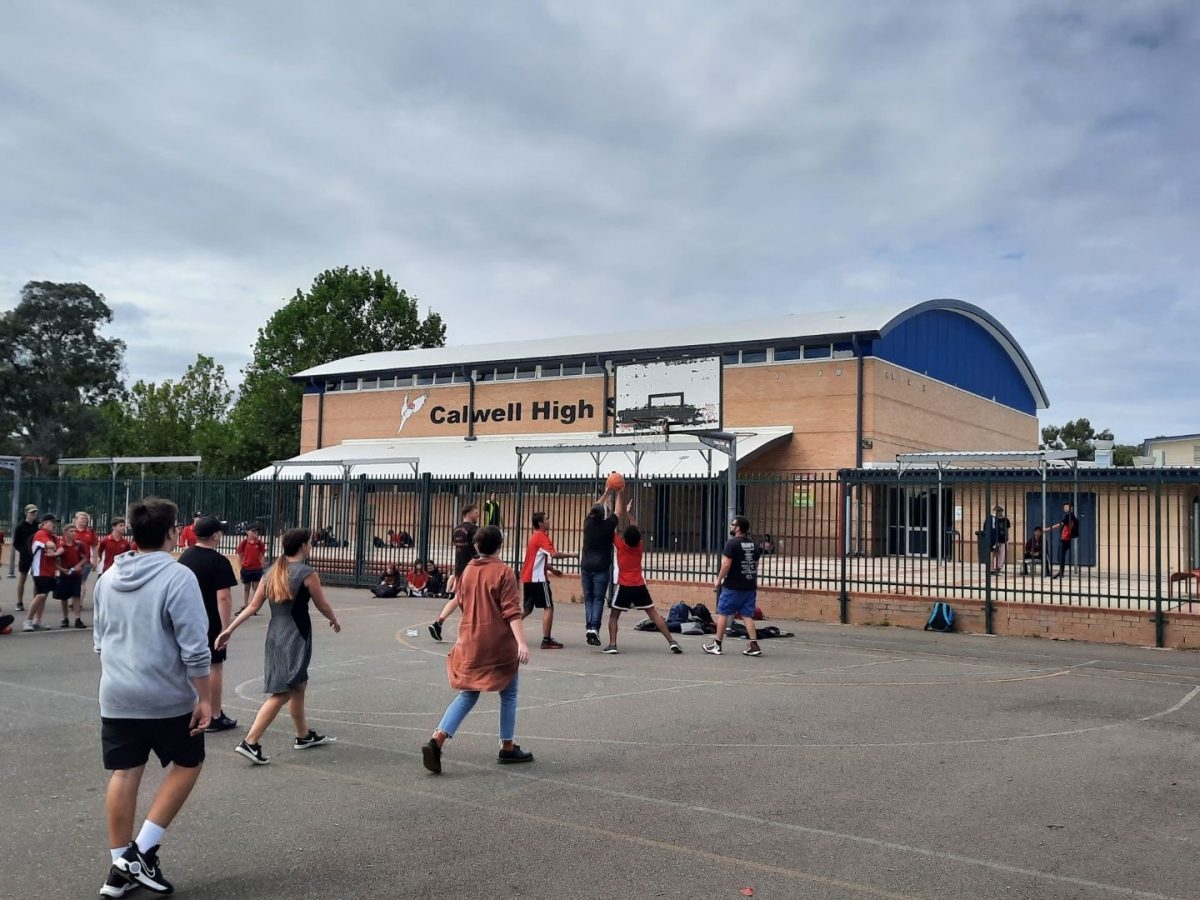 The prohibition notice barring Calwell High School Year 7 and 8 students from attending campus has been lifted and all students will return on Monday (16 May).

That cohort of students has spent four full weeks learning remotely. They were initially sent home on 31 March.

The Territory’s work health and safety regulator was called in after the teachers’ union raised concerns. After attending the school last term, inspections revealed critical issues around violence, bullying and staff shortages.

Parents were initially told their children would need to stay at home for the last week of term one because of COVID-19 concerns but later learned about the extent of violence at the school through media reporting.

All students were subsequently banned from attending campus for the first week of term two.

In a letter to parents, school principal Megan Altenburg said staff members would spend the week reviewing work health and safety procedures, completing required training, and planning for a smooth return of students to campus.

The school was supported by the ACT Education Directorate and worked alongside the unions and WorkSafe ACT.

Extra resources have since been introduced, including two more classroom teachers, another school leader, professional development and ongoing training for staff and improved monitoring of workforce impacts due to staff absences and impacts of COVID-19.

Ms Altenburg wrote to parents today (13 May) to tell them they could expect changes, including more frequent parent communication and greater consistency around how incidents are managed and communicated to the community.

“As we welcome the return of our Year 7 and 8 students, we will continue our focus on student and staff safety. The health and well-being of everyone at Calwell High School is our priority. When everyone feels safe and welcome at school, the best learning can happen,” she said. 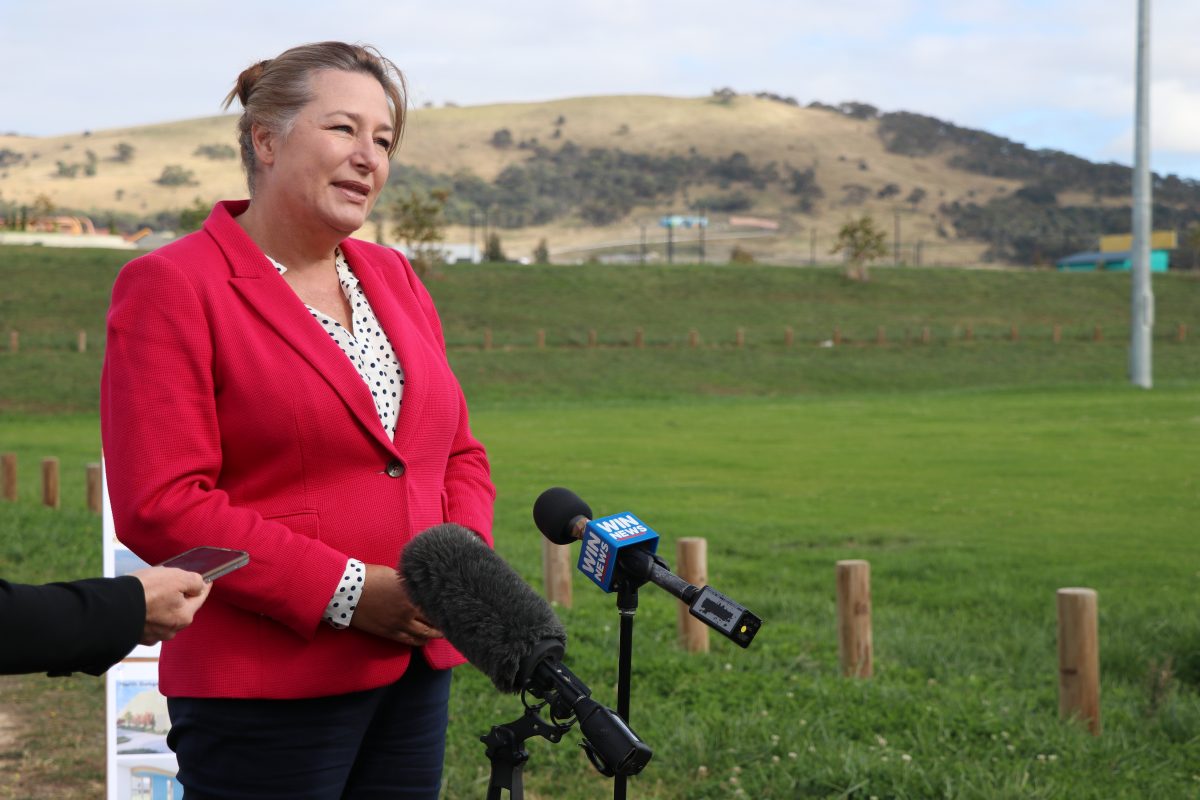 Minister for Education Yvette Berry acknowledged the last few weeks had been “challenging” for the community. Photo: ACT Government.

Minister for Education Yvette Berry said she was pleased the prohibition notice had been lifted and Year 7 and 8 students could return to campus.

“I know this has been a challenging period for the school community … We want every ACT public school student and staff member to thrive, and that is why we will continue to prioritise the safety and wellbeing of our school communities,” Ms Berry said.

Since the issues at Calwell High School first came to light, Ms Berry has faced and survived a no-confidence motion moved by the Opposition.

It was also revealed the regulator had attended five ACT public schools throughout term one, although little information has been provided about these visits.

As of yesterday, eight ACT public schools had moved to partial remote learning in response to teacher shortages being exacerbated either by COVID-19 or other illnesses.

It’s understood no independent or Catholic systemic schools have yet had to move cohorts to remote learning.

It’s obvious that the 4 young people in the photo walking across the playground are not students at the school. If they were, they would be wearing the school uniform.

We have a school where teachers have been assaulted by students and the solution is a couple more teachers, training for staff, better workload monitoring and more frequent parent communication.

Minister, are there any plans to deal with the thugs?

In addition, based on performance over the past few weeks, the Education Minister should consider her position. Not one skerrick of communication from her and then the temerity to tell us how challenging it has been. And before the opposition gets excited, they should not be patting themselves on the back. They could have been helping to throw a light on why students weren’t allowed back (no one knows exactly what has needed 3 weeks to achieve), but instead they carped from the sidelines and told everyone how they would do it. The Party famed for its ripping of resourcing and funding from public schools. They all need to be reminded what their jobs are.

As a parent of a child at this school, we can only hope that the communication improves. I’d say the last four weeks has been a time when they could have shown a commitment to improving communication, except they haven’t. It remains to be seen. I’d also strongly encourage the Directorate to be involved with schools all the time and not just when the **** hits the fan. Moving students to remote learning to resolve problems is not a solution and cannot happen again. It worked in emergency circumstances for COVID, but assuming parents can just absorb this ongoing due to the hands off approach taken is gobsmacking. Attend to schools so they don’t reach the point where students aren’t allowed on the grounds and families aren’t bearing the brunt because of incompetence.

Let’s hope the Education Minister has finally given Calwell High the teaching resources needed for the middle to longer term.

The school needs more than yet another short term band aid fix until the media storm blows over.