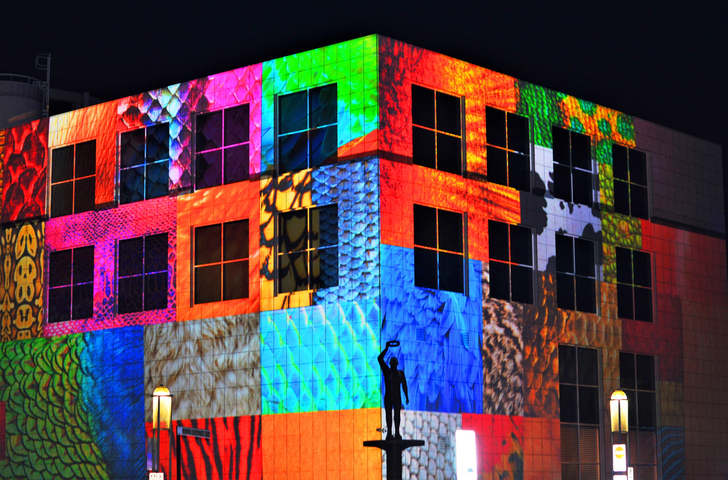 Canberra is cementing its place on Australia’s tourist map with 2.5 million domestic visitors to the nation’s capital in the past year injecting a record $1.572 billion into the ACT’s economy.

The boost in visitor spending represents a 16.3 per cent increase on the previous year and sets a new Territory record.

Visitor numbers for the year ending March 2017 have also seen a three per cent increase over the previous year to 2,501,000 according to new figures from the Tourism Research Australia’s National Visitor Survey released today.

A big contributor to the record figures has been a strong boost in the number of Canberra visitors deciding to stay overnight.

“The growth was driven by very strong performance in the Holiday sector, with a massive 50.2 per cent increase in people in this sector staying overnight,” Chief Minister Andrew Barr said today.

The National Visitor Survey figures show that the ACT saw the second biggest percentage increase in Australian visitor expenditure for states/territories after Tasmania, where spending increased by 30 per cent.

Mr Barr said that interstate visitors coming to Canberra for holidays were mainly coming from the key markets of Sydney (up 21.1 per cent), regional NSW (up 46.4 per cent) and Melbourne (up 73 per cent).

“Growth from the Melbourne market is particularly pleasing given recent cooperative marketing undertaken since Tigerair commenced direct daily flights to the capital in December 2016.”

“Through VisitCanberra’s ongoing marketing activities and event funding programs using its One Good Thing After Another campaign, the attraction of Canberra as a diverse and exciting short break destination is definitely getting out across the country,” he said.

“Canberra attracts a large number of visitors from around the country to our national attractions, including the Australian War Memorial, Parliament House, the National Gallery and the National Museum,” Mr Barr said.

“The government helps these attractions bring in more visitors by supporting major exhibitions like A History of the World in 100 Objects and Versailles: Treasures from the Palace.

“The figures show that visitors to Canberra are also staying overnight and spending much more than ever before – this no doubt is in part due to our city’s growing reputation for high quality restaurants, cafes, bars and clubs.”

Mr Barr said the figures are complemented by recent growth in international tourism to Canberra. This includes a seven per cent increase in international visitors and a 28 per cent rise in expenditure in the year ending March 2017 when compared to the previous year.

“International tourism figures continue to be boosted by the direct international flight service provided by Singapore Airlines,” he said.

Mr Barr said that the ACT Government will continue working towards the goal of growing the ACT’s overnight visitor expenditure to $2.5 billion by 2020.

Top photo: Colourful architectural projections on the Questacon building during the 10-day Enlighten festival in March this year. The annual festival of projections, entertainment, art, music and food draws thousands of visitors to Canberra. Photo by Glynis Quinlan

Do you think Canberra is becoming more popular with interstate visitors? What attractions do you think have the most appeal? Let us know your thoughts in the comments below.

It sounds as though these visitor stays are dependent on cultural attractions, and Canberra hasn’t succeeded yet in its efforts to become more of a conferences/events/business destination. Does this mean that, in years where there are no arts blockbusters (and those years do happen!), the stats might go backwards?

dungfungus the figure used for the boost in visitor spending in the article is 16.3 per cent, not 16.36 per cent as you’ve suggested. The whole focus of the story was the significant increase in visitor spending in Canberra, not the small increase in visitor numbers. It is the fact that far more of those visitors were staying overnight that appears to have led to this increased expenditure rather than increased visitor numbers themselves.

You have used the exact percentage increase for increased expenditure being 16.36% but you have rounded up visitor numbers being overnight trips from 2.71% to 3.00% and visitor nights from 2.56% to 3.00%.
Why?

Also, the ACT percentage increases for overnight trips and visitor nights was below the national average increase.

Pari Gilmour - 10 hours ago
I support a burnout pad. Zero interest myself but obviously these guys need a social space to do their thing. Happy to suppor... View
Opinion 33

Russell Nankervis - 21 hours ago
I'm going to work. If the date changed I would be a little more keen to party View
Patrick Boucher - 1 day ago
What happened to the concert being free? Used to be View
Business 17

Kir Rin - 22 hours ago
WHS Act is able to trump Discrimination law in certain circumstances. So presumably it’s possible. View
HiddenDragon - 1 day ago
A very interesting related legal question will be businesses which promote themselves as "safe" because their staff have been... View
News 16

Leigh Brady - 22 hours ago
The downside of that is that little CBR would be at the small end of any improvements/upgrades - and any decisions made on th... View
News 14

The long-delayed Dickson shops development may finally get off the ground by autumn with Coles finding a new partner to...
Food & Wine 105

When it comes to summer dining, for me, nothing beats fresh sumptuous seafood paired with a glass of chilled crisp...
News 0

The staff and customers at Jindabyne Bowling Club were surprised to see a brown snake slither up to the bar...
News 30

New Singapore tourism appointment a game-changer for the ACT

@The_RiotACT @The_RiotACT
Book a seat for Kambri Film Fest 2021, a free festival that celebrates and elevates the contributions of creative women in the film industry https://t.co/5oivpfnWaq (10 hours ago)

@The_RiotACT @The_RiotACT
In the 1990s, no big night out in Canberra was complete without an epic queue for a cab home. Thankfully, those days are long gone https://t.co/dMiTMsRTuf (11 hours ago)

@The_RiotACT @The_RiotACT
Plans for the milestone mixed-use development have been welcomed as helping to reinvigorate the Phillip business area https://t.co/3ZEpwioL0n (13 hours ago)