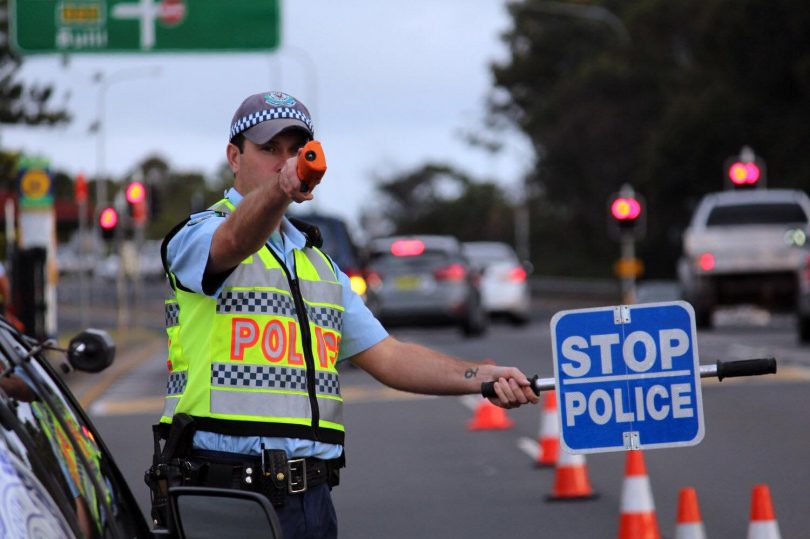 A number of drivers in the region have lost their licences for drink driving offences. Photo: NSW Traffic and Highway Patrol.

A three-day drink driving blitz by NSW Police has left them disappointed by the poor decisions of a number of drivers who drove while intoxicated over the weekend.

Officers from Monaro District Police arrested eight drivers between Friday, 14 February and Sunday, 16 February, including two drivers near Goulburn who had a high-range prescribed concentration of alcohol (PCA).

At about 4:45 pm on Sunday, police stopped a Hyundai sedan on the Hume Highway, Goulburn after it was allegedly detected travelling at 140km/h in a 110km/h zone. Police spoke with a 49-year-old man from Croydon in Sydney and he was subjected to a roadside breath test which proved positive.

He was arrested and taken to Goulburn Police Station where a breath analysis returned an alleged reading of 0.153. The man’s driver’s licence was immediately suspended and he was issued with a court attendance notice for a high-range PCA.

Also on Sunday afternoon, police arrested a 31-year-old man from Bongaree in Queensland after the Toyota utility he was driving was stopped on Hume Street in Goulburn. His breath analysis produced an alleged reading of 0.184. The man’s driver’s licence was immediately suspended and he was issued with a court attendance notice for a high-range PCA.

A 54-year-old male from Gunning was stopped on Tharwa Road, Queanbeyan on Sunday. He returned a positive reading of 0.153 (high-range PCA).

A 43-year-old male from Kambah, ACT was stopped on Canberra Avenue, Queanbeyan and returned a positive reading of 0.088 (mid-range PCA).

Two drivers were arrested on Friday.

All of the drivers had their licences suspended immediately.

Southern Region Commander Assistant Commissioner Joe Cassar said while the majority of road users did the right thing, the message isn’t sinking in with a select few.

“Police are disappointed with the poor decisions made by a number of drivers to get behind the wheel, while intoxicated, and put the community at risk.

“People are definitely getting the message in relation to the dangers of drink driving, but one positive test is one too many,” Assistant Commissioner Cassar said.

“We will not hesitate to stop a vehicle if we think the driver’s behaviour places everyone in the vehicle at risk of being in a crash.

“The focus on drink driving will not end because the operation has. Anyone who chooses to do the wrong thing on our roads and put others in danger will face the full brunt of the law.”

Operation Drink Drive is aimed at heightening public awareness to the dangers of drink/drug driving, fatigue and occupant restraints. It is one of a series of state-wide traffic enforcement operations designed to reduce road trauma.