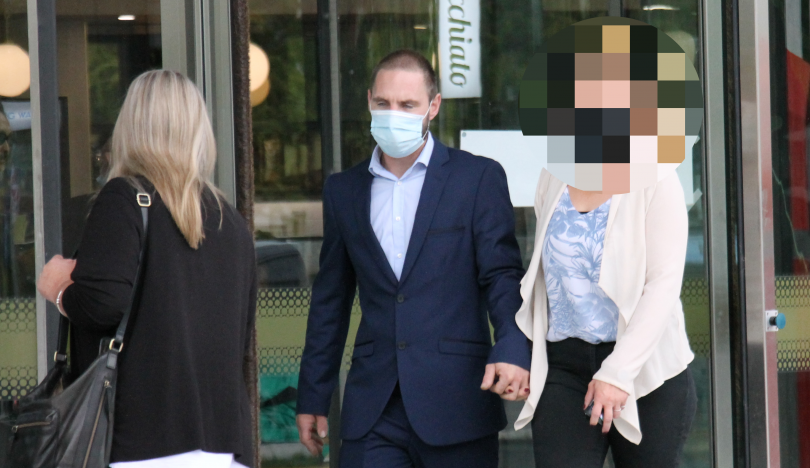 The speeding driver who killed renowned disability rights activist Sue Salthouse on the afternoon of 20 July 2020 was left “inconsolable” by what he had done.

The former Canberra Senior Citizen of the Year had lunch that day with a friend in a Canberra cafe and was riding her three-wheeled, wheelchair-accessible motorcycle along Commonwealth Avenue when she was struck from behind by Mitchel Ryan Laidlaw.

He was driving his Nissan Navara 10 km/h over the speed limit at the time of the accident and the force of the collision made Ms Salthouse hit her head on the bonnet of his car, while also propelling her motorcycle forwards. It travelled across the road before coming to a stop.

While paramedics arrived soon afterwards and initially found her to be calm and jovial, her vital signs began to drop and she died a few hours later in hospital.

An autopsy found her cause of death was multiple injuries she received in a crash.

Laidlaw, now 34, originally planned to fight the main charge laid against him but pleaded guilty to causing her death earlier this week on the day his trial had been scheduled to begin.

When his sentencing started on Thursday (31 March), the ACT Supreme Court saw closed-circuit television footage of the collision. His dark-coloured Navara could be seen approaching Ms Salthouse’s white motorcycle, hitting it from behind and knocking it forwards.

His mother, Deborah Laidlaw, said that her son was “inconsolable” after the crash.

“He was devastated, as we all were. [He was] in shock. He couldn’t believe that an accident had happened,” she said.

“I still don’t think he can quite come to terms with any of that.”

Laidlaw’s partner, Julie Hughes, said when he learned Ms Salthouse died, he was “in utter shock”.

“The way he said it was … he basically whispered it to me because he couldn’t believe it himself,” she said.

She described him as someone who was “there for anyone who needs a hand” and who was “always working, never took a day off work”.

Laidlaw lost his $90,000-per year job after the crash. He used to install security systems in places like hospitals and other government premises, but couldn’t renew his security clearance after he was charged. He then took work as a labourer for which he earned $50,000.

But Laidlaw’s barrister, Kieran Ginges, said it was probably likely to be a “misjudgement”.

He said his client had seen Ms Salthouse before the crash, but it wasn’t until he was closer to her that he realised the speed she had been going and he applied his brakes. She had been driving at about 40 km/h.

Mr Ginges said while he didn’t blame Ms Salthouse, her motorcycle had no active restraints or headrest restraints and she was “extremely vulnerable”.

He argued that Chief Justice Lucy McCallum could impose a suspended sentence.

Laidlaw pleaded guilty to charges of culpable driving causing death and driving with a prescribed drug in his oral fluid.

The latter charge relates to Laidlaw telling police he had three puffs of methamphetamine at a house party three days before the crash, but he also said he did not feel affected by the drug.

Chief Justice McCallum said the Crown intended to tender victim impact statements to the court later and adjourned the sentencing to 27 May.