Simon Corbell has announced that dumped asbestos has been found at Lyneham’s Southwell Park playing fields.

Mr Corbell said work on the upgrade of the Lyneham Sports Fields at Southwell Park had been stopped immediately after asbestos, which had until recently been buried, was discovered on the site.

Initial investigations identified asbestos irrigation pipes which had been dug up during excavation works. Further investigations revealed a wider area of contamination that appears to have been building waste buried for some time.

“The Government is reassuring the Canberra community that the health risks are localised to workers on the site, which is of course a concern to the Government, and support will be offered to those affected,” Mr Corbell said.

Mr Corbell said the ACT Chief Health Officer, Paul Kelly, had advised that the risk of exposure to members of the general public was minimal.

WorkSafe have a release explaining what they’re doing about it.

A licensed asbestos assessor was commissioned by WorkSafe ACT to analyse and report on identified material located at the site. This report will be presented to WorkSafe ACT within 24 hours.

A Prohibition Notice was issued preventing further work in the area associated with removal of the irrigation pipes. “This Notice will not be lifted until WorkSafe ACT is satisfied that the area is safe for workers to return to the site,” Mr McCabe said.

“WorkSafe ACT is investigating this matter and will examine whether appropriate safe work methods have been followed at the site and compliance with the Territory’s work safety laws.

Mr McCabe said a further investigation of the site on Tuesday 4 October, revealed the presence of asbestos containing material outside the area covered by the removal of the irrigation pipes.

Does anyone know what the story is with the patch of vacant land at the airport with asbestos signs around it? (Looking at Google Maps it was Nomad Drive.)

Yet another builders waste dump found when redeveloping. 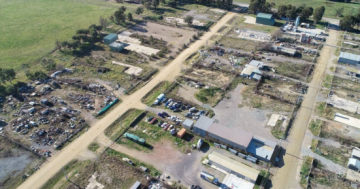 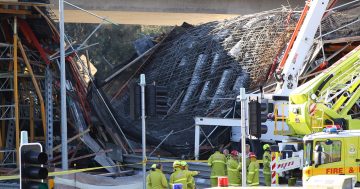 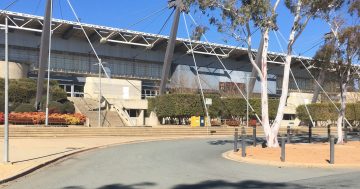 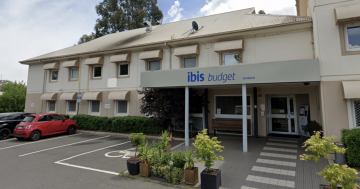