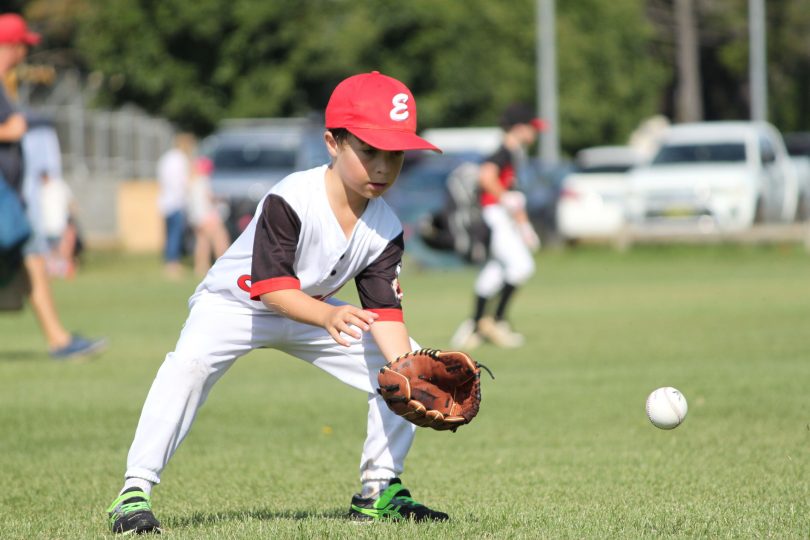 There’s a common expression in sport that a strong junior program will be reflected in the seniors, but as many sporting clubs in Canberra will attest, this takes time and considerable effort.

Eagles Baseball Club, based in Kambah, is living by this philosophy with the expectation that the revival of its junior program will lead to success in years to come.

The club was founded through Daramalan College in 1967, making it one of the oldest in Canberra.

Chris Hansen has been president of Eagles juniors for the past four years after coming onboard almost a decade ago as a coach. His three children are also involved in the Club. 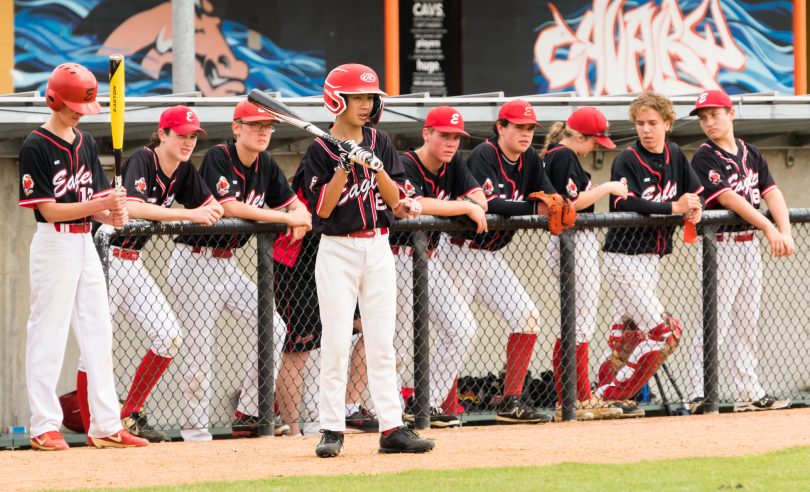 By his own admission, baseball has been generational through his father’s passion for the game.

“I was born into it and I’ve always been passionate about it,” says Chris. “I played with the Rebels in the late 1980s.”

He didn’t take a great deal of convincing to return to the game as a juniors’ coach, albeit at a different club.

“It doesn’t matter what club you are involved with, there is a great deal of camaraderie in baseball in Canberra,” says Chris.

The Eagles – which is one of six teams in the ACT Baseball senior competition – has experienced a history of highs and lows, often in concert with the changing demographic of the city. 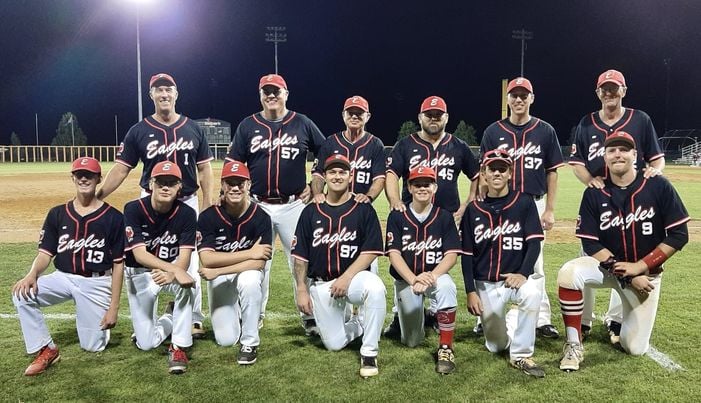 The club is not unique in this; it’s an experience many sports clubs in Canberra have gone through.

Kambah has an ageing population, but there is a younger demographic within the club’s broader footprint of Jerrabomberra and Googong.

With this in mind, Chris says there has been a significant focus on developing and expanding the junior programs beyond Kambah.

“We have been heavily marketing the sport in the region,” he says. “We ran ‘come and try’ days with things such as ‘speed guns’ for pitchers. It was a carnival style atmosphere, and we wanted to make it fun.” 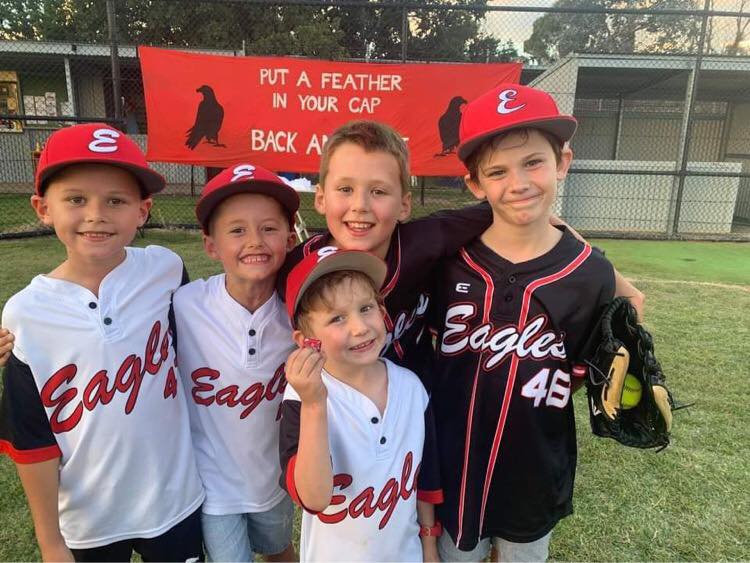 The take up rate of ‘come and try’ participants to joining one of the junior teams has been 50-60 per cent, and the club’s playing numbers have more than doubled.

“In three years, the junior numbers have grown from 50 to 105,” says Chris. “Our colts team has been going particularly well. They will be the foundation of the senior teams in years to come. We are now focused on upskilling our coaches.”

There has been a conscious effort to promote other aspects of baseball, including the pathway programs to the US college system.

There is also considerable pride within the club when it comes to women participating in the sport. 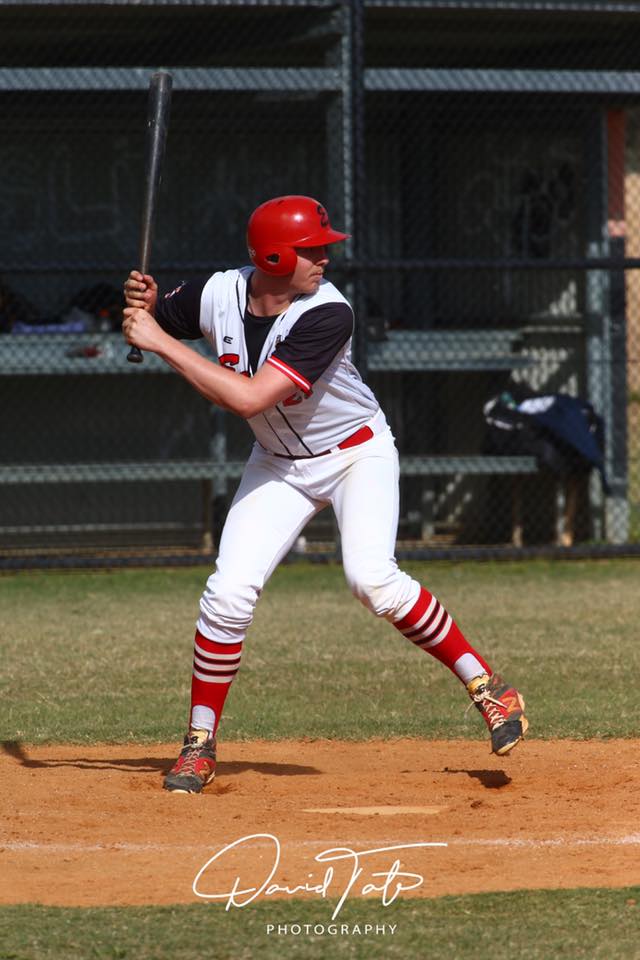 “We resurrected the women’s program in 2019 and now we have 25 players across two teams for the upcoming season,” says Chris.

“Bianca Cotter was appointed as the first female president of the Eagles club in July this year.”

With an eye to Googong and Jerrabomberra, there are high expectations for significant growth at Eagles Baseball Club, particularly in the juniors. And the ethos of the club shines through as part of this growth.

“It brings in people from all walks of life,” says Chris. “It’s not an elitist sport.”

Alicia Gartshore - 1 hour ago
Thanks for the memories Your generosity, the wonderful Coffee, customer Service, Good luck with your next Chapter. We’re go... View
News 1

TheSilver - 3 hours ago
Couple of short points as I don't have much time today: Science publications are currently going through a replication crisis... View
phydeaux - 6 hours ago
Buy the way TheSilver, I nearly forgot to mention this with regard to your supposed other scenario https://pubmed.ncbi.nlm.ni... View
phydeaux - 7 hours ago
A few points if I may, starting with your first post in this sub-thread where you start: ".... is literally no good evidence... View
News 5

Noel Benjamin - 3 hours ago
A policy resent for the education sector has been required since the Howard government when education was commodified. The ed... View
News 3

Sam Oak - 3 hours ago
Don't know why they are complaining when they got their property at a discount due to its proximity to the sludge pit. This i... View
JC - 3 hours ago
Seeing as the pit (which is part of a stormwater pollutant trap) predates the first houses in the suburb by about 20 years I... View
Capital Retro - 8 hours ago
Good luck with that. I suggest you read up on "social disamenity" from waste odour and commence a class action against the AC... View
Sport 1

Capital Retro - 6 hours ago
Will it be named after Sam Stosur? View
Community 46

Zoe Lewer - 6 hours ago
Bob Foster yep. Us humans sure have made an impact. We are the problem. You are right. The day the people who were invaded ch... View
Joy Gosden - 6 hours ago
Yes. What were they thinking planting them in our suburbs. They drop limbs attract pests and stop grass growing around them.... View
Bob Foster - 7 hours ago
Another deluded hypocrite post Zoe Lewer 😂 I'm betting you live in a man made structure....made with either cut down trees... View
News 240

Peter Dark - 18 hours ago
Tim Gavel, you value sport, so why are you writing anything positive or forgiving about someone who has shown time after time... View
show more show less
*Results are based on activity within last 7 days

@the_riotact @The_RiotACT
The relationship between Goulburn Mulwaree Council and Wakefield Park Raceway is at a crucial juncture - but could these rocky relations mean things are falling into place for Canberra's #motorsport community? https://t.co/6OF4MAk2qZ (57 minutes ago)

@the_riotact @The_RiotACT
You never write off a champion, but after 13 seasons in the #NRL, Tim Gavel says there are serious questions about the future of #Raiders legend Jarrod Croker https://t.co/ZmDBIzBg3i (3 hours ago)

@the_riotact @The_RiotACT
Meet Joel Tyrrell - who after touring the world playing #music is now operations manager at the new @TransitBar https://t.co/v9SjttwQjF (5 hours ago)