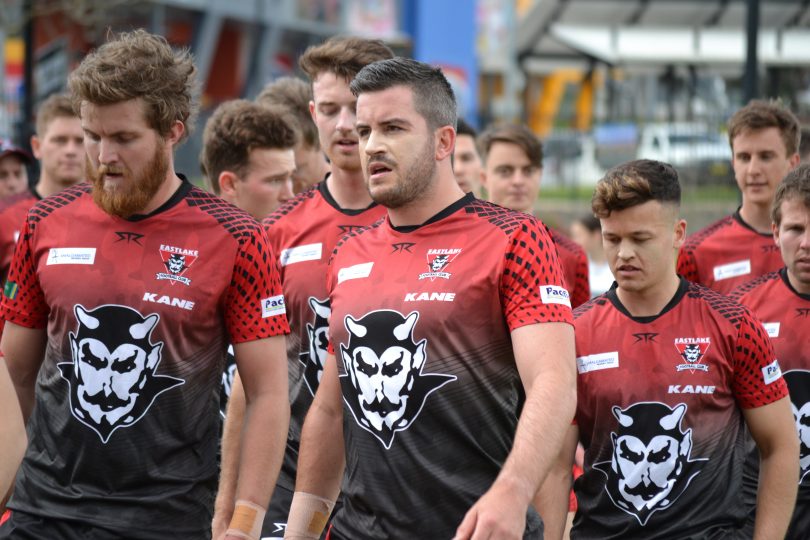 Aaron Bruce was in year 9 at St Edmund’s College when he was called up to make his AFL Canberra first-grade debut in 2005.

A 15-year-old playing against men – many with AFL experience – is a rarity in the modern game.

Fast-forward to 2021, and Aaron, 31, is preparing for a significant milestone for his beloved Eastlake Demons: his 250th first-grade game.

He clearly remembers how it all began.

From there, Aaron went on to play more than 150 games in the juniors.

Since his first-grade debut, he has played at the highest level for Eastlake Demons, regardless of the competition the club was playing in at the time – AFL Canberra or the North East Australian Football League (NEAFL).

The only break away from the club was when he was a rookie and was drafted by the Sydney Swans. He spent a season in the Swans reserves before heading home to complete a Bachelor of Commerce degree at ANU. 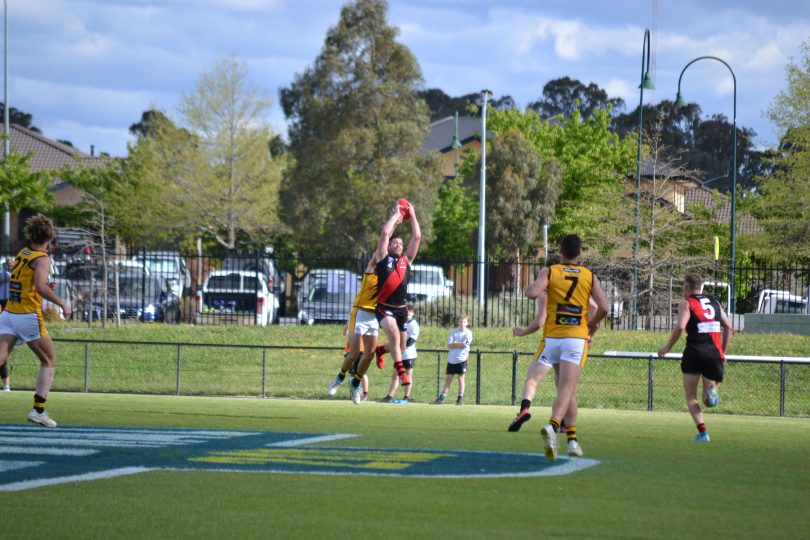 In 2019, he played his final game in the NEAFL. He turned his focus to the AFL Canberra competition, which allowed for more time spent at home. With a young family and work, this was of upmost importance to Aaron.

At the same time, his younger brother, Josh, was making his way in the AFL after becoming the first local player to be drafted by Greater Western Sydney Giants, where he debuted in 2012. Josh went on to play for St Kilda before finding a home with the Western Bulldogs, where he currently plies his trade.

Aaron enjoys nothing more than watching his younger brother play, and the pride is obvious.

In reference to Josh’s incredible 10-goal performance against North Melbourne in round three of the 2021 AFL season, Aaron says: “Not a lot of players have kicked 10 goals in one game in the past decade. Watching at home, I was over the moon seeing it unfold. It was special.”

But just how long he plans to continue playing remains open.

“The only reason I’m playing is to win a first-grade premiership with Eastlake,” he says. “I haven’t given too much thought beyond this season. But it’s incredibly special to play 250 games for this club.” 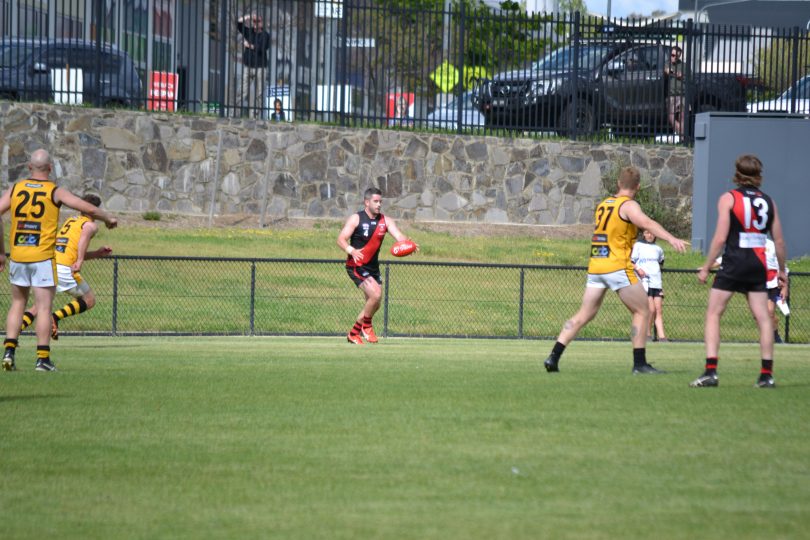 Aaron Bruce was 15 years old when he made his first-grade debut in 2005. Photo: Eastlake Demons Football Club.

The milestone will bring him just 12 games short of club legend Guy Cannon’s record of 262 first-grade games for Eastlake.

Playing those 12 games could be possible for Aaron this season, but only if Eastlake makes it through to the grand final. Judging by his and the team’s current form, there is a distinct possibility this will be achieved.

Eastlake Demons versus Queanbeyan Tigers will be played on Saturday, 29 May, at 1:15 pm at EPC Solar Park, Spoering Street in Phillip. 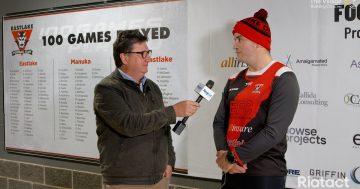 Aaron Bruce brings up a huge milestone for the Eastlake Demons 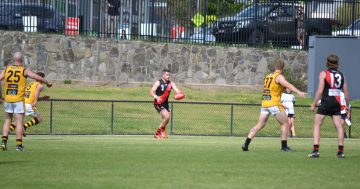 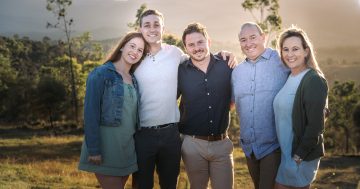