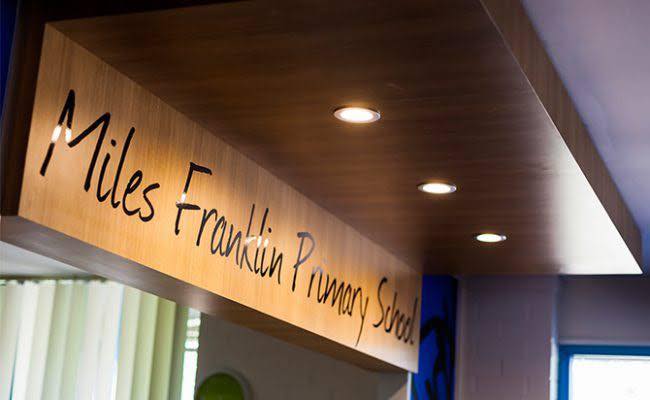 Youths believed responsible for a blaze that caused extensive damage at Miles Franklin Primary School on Friday are now thought to have attempted to start a fire at a second Evatt school earlier in the day.

At about 6 pm on Friday (29 October), ACT Policing responded to reports of a fire at Miles Franklin Primary School which caused extensive damage to playground equipment and shade areas.

Police believe this fire was deliberately lit by a group of youths at about 5:45 pm. Additional reports have since been received suggesting the same youths had been prevented from lighting a fire at St Monica’s Primary School about half an hour earlier.

Several witnesses saw the youths in the area and police are releasing descriptions of four persons of interest to identify them.

READ ALSO Theft of Mikayla’s tricycle has a happy ending, but highlights rise of petty crime in Dickson

All four male youths are described as being of Caucasian appearance.

The first youth was about 182 to 187 cm (6′ to 6’2″) tall of solid build and was wearing a bright yellow hooded jumper. He had one arm in a black sling and may have been wearing white shorts.

The fourth youth was shorter again, approximately 172 cm (5’8″) tall and wearing a cap.

Police are asking anyone operating CCTV cameras or a dash-cam in the area around the schools on Friday afternoon to check their system to see if it captured footage of the group.

Friday’s fire was a blow to students who had only recently returned to school.

Families took to the school’s Facebook page to express their disgust, with one calling for the culprits to be made to restore the playground once they are caught.

“This is a huge job,” the person wrote. “Just digging out the soft fall … impact layers need complete replacing and likely a new playground design. The shade sail was also partially burned.”

Another parent recalled all the fundraising and effort that had gone into providing the playground and pledged $500 to help the rebuild.

“Both our children have had countless hours playing happily on that playground,” he wrote.

“Keen to know anything I can do to help rebuild,” another said. “Absolutely gutting for the kids to have lost their playground.”

Anyone with information that could assist police is urged to contact Crime Stoppers on 1800 333 000, or via the Crime Stoppers ACT website. Please quote reference 6946721. Information can be provided anonymously.

If only the Evatt community didn’t reject the school’s proposal to build a security fence around the school a couple of years ago. But the NIMBYS in the neighbourhood didn’t want their property prices affected.

That wasn’t necessarily about property prices. It’s a popular playground outside of school hours, I can see why the locals wouldn’t want to lose access. 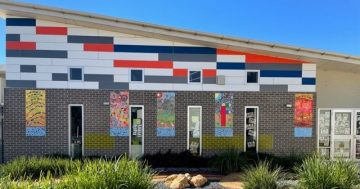