Ride-In Cinema 1: Electric Shadows: The Story of a Cinema + The Cashews 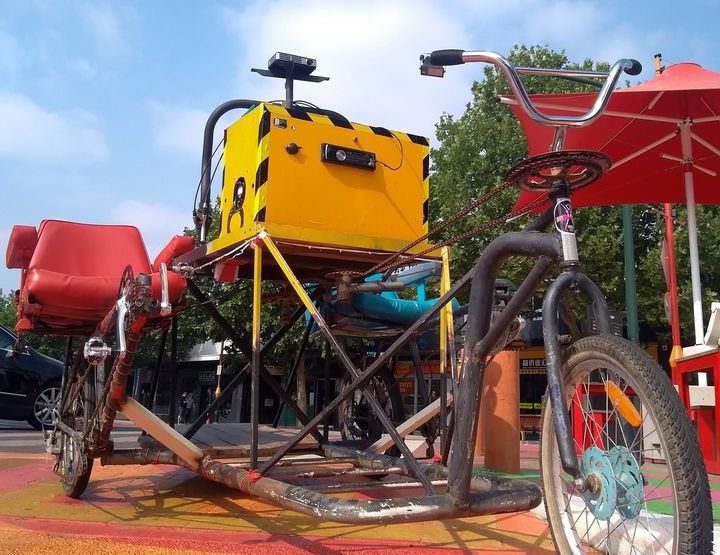 The projector and sound are pedal-powered, will you be the one to pedal? Image: supplied

Join The Electric Shadow, The Cashews and City Renewal Canberra for the debut of the movie ‘Electric Shadows – The Story of a Cinema’ with a special guest music performance by local legends The Cashews.

A new project with links to Canberra’s cinematic past is set to illuminate Dickson with a series of free, carbon-neutral, pedal-powered film screenings.

The Electric Shadow Ride-In Cinema screenings will be human-powered by participants (possibly you?) riding a custom-made tricycle and functional artwork that derives its name from the iconic Canberra cinema complex The Electric Shadows.

Made with seats from the cinema, The Electric Shadow trike is the work of Dan Watters, also known as Nancy Porker by his fellow Rat Patrol Oz members – the Australian chapter of the global bicycle recycling artist collective Rat Patrol.

Coupled with a pedal-powered cinema unit, the trike’s rear wheels engage two electric motors for the riders to generate 12volt power to run a sound system and data projector.

While the screenings are free, there’s a catch: Someone’s got to pedal! – Will it be you?! Pedallers will be fuelled with complimentary popcorn and jaffas.